The Council of Europe, considers that the A H1N1 scare was a “campaign of panic”, a “false pandemic”, “one of the great medicine scandals of the century” and claims that the vaccines, based on cancerous cells, spell the chilling message “there is worse to come”.

For Wolfgang Wodarg, the pandemic of A H1N1, which started as Mexican Flu, then Swine Flu, was no more and no less than a campaign to create a false notion of insecurity for the pharmaceutical companies to cash in. “The great campaign of panic we have seen provided a golden opportunity for representatives from labs who knew they would hit the jackpot in the case of a pandemic being declared,” he declared.

Claiming that the “pandemic” is “one of the great medicine scandals of the century,” Dr. Wodarg has called for an enquiry. The resolution he proposed for an investigation into the role of the pharma companies in the A H1N1 story has been passed by the Council of Europe, which is based in Strasbourg. An emergency debate will be held at the end of January.

“We want to clarify everything that brought about this massive operation of disinformation. We want to know who made decisions, on the basis of what evidence, and precisely how the influence of the pharmaceutical industry came to bear on the decision-making,” declared Dr. Wodarg, adding that a group of people in the World Health Organization “is associated very closely with the pharmaceutical industry”.

Are the vaccines dangerous?

Regarding the vaccines, Dr. Wodarg delivered some chilling statements in an interview with the French publication L’Humanite’ on Sunday: “The vaccines were developed too quickly. Some ingredients were insufficiently tested. But there is worse to come. The vaccine developed by Novartis was produced in a bioreactor from cancerous cells, a technique that had never been used until now”. 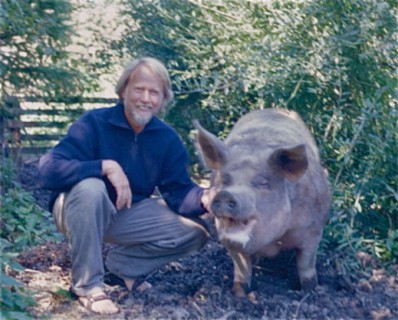 The health expert added that this was not necessary and huge quantities of public money were squandered as a result, developing a vaccine which has not followed the usual processes in place in national and international public institutions: “The latter are now discredited because millions of people have been vaccinated with products with inherent possible health risks”.

Wolfgang Wodarg further accused the makers of antiflu drugs and vaccines of influencing the WHO’s decision to call a global pandemic, facilitating the implanting of mechanisms which in turn generated billions of dollars in profits. The British Department of Health, for example, set up special procedures, suspended normal rules, told national and local authorities to prepare for 65,000 deaths, prepare the morgues for record numbers of fatalities and instructed the armed forces to be on stand-by.

The result was less than 5,000 cases and 251 deaths, the vast majority of which occurred in patients with serious underlying chronic health problems, or a death rate 260 times less than that expected.

The seeds had been sown

For Dr. Wodarg, the seeds were sown five years ago with the warning that H5N1, avian flu, could develop a human-to-human transmissible form. According to the health expert, Governments then began panic stockpiling for the eventuality of a pandemic and placed “sleeper contracts” which would be activated automatically once a pandemic had been called by the WHO.

For this reason, believes Dr. Wodarg, drug companies placed people inside the WHO mechanisms to facilitate the calling of the pandemic 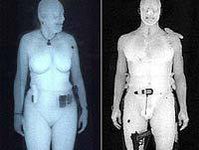