A Muslim woman garbed in a head-to-toe swimsuit — dubbed a “burquini” — may have opened a new chapter in France’s tussle between religious practices and its stern secular code.

Officials insisted Wednesday they banned the woman’s use of the Islam-friendly suit at a local pool because of France’s pool hygiene standards — not out of hostility to overtly Muslim garb.

Under the policy, swimmers are not allowed in pools with baggy clothing, including surfer-style shorts. Only figure-hugging suits are permitted.

Nonetheless the woman, a 35-year-old convert to Islam identified only as Carole, complained of religious discrimination after trying to go swimming in a “burquini,” a full-body swimsuit, in the town of Emerainville, southeast of Paris.

She was quoted as telling the daily Le Parisien newspaper that she had bought the burquini after deciding “it would allow me the pleasure of bathing without showing too much of myself, as Islam recommends.”

“For me this is nothing but segregation,” she said.

The issue of religious attire is a hot topic in France, where head-to-toe burqas or other full-body coverings worn by some Muslim fundamentalists are in official disfavor. 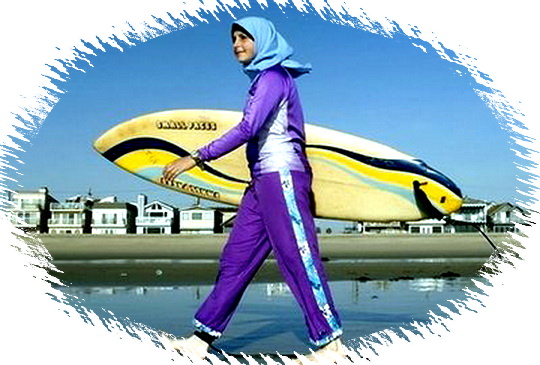 France is home to western Europe’s largest Muslim population, estimated at 5 million, and Islam is the nation’s second religion after Roman Catholicism.

French lawmakers recently revived the issue of Muslim dress with a proposal that the burqa and other voluminous Muslim attire be banned.

The “burquini” covers the arms to the wrists and the legs to the ankle and has a hood to cover neck and hair.

An official in charge of swimming pools for the Emerainville region, Daniel Guillaume, said the refusal to allow the local woman to swim in her “burquini” had nothing to do with religion and everything to do with public health standards.

“These clothes are used in public, so they can contain molecules, viruses, et cetera, which will go in the water and could be transmitted to other bathers,” Guillaume said in a telephone interview.

“We reminded this woman that one should not bathe all dressed, just as we would tell someone who is a nudist not to bathe all naked,” he said.

Guillaume said France’s public health standards require all pool-goers to don swimsuits for women and tight, swimming briefs for men — and caps to cover their hair. Bathers also must shower before entering the water.

Guillaume said Carole had tried to file a complaint at a local police station, but her request was turned down as groundless.

Carole told the daily Le Parisien she would protest with the help of anti-discrimination groups.

Emerainville Mayor Alan Kelyor said he could not understand why the woman would want to swim in head-to-toe clothes.

“We are going back in civilization,” he said by telephone. Women have fought for decades for equal rights with men, he said. “Now we are putting them back in burqas and veils.”

The suits have a clear market.

Women “jump on the occasion so they can swim with their families. Otherwise, they end up staying on the beach and watching,” said Leila Mouhoubia, who runs an online site from France that specializes in the sale of Islamic swimsuits. Sales, she said, are strong.

“I think it’s forbidden (in France) because it presents an image of the Muslim woman (and) they have prejudices against Muslims,” she said by telephone. “They want women to be undressed.”

Mouloud Aounit, head of the anti-racism group known as MRAP, said the decision to ban Carole from the pool appeared fair, since pool authorities were observing regulations. But Aounit lamented that the incident was likely to fuel religious tensions.

“The rules must be the same for everybody, regardless of the color of their skin or their religion,” Aounit said. “The concern I have is that this case will again lead to stigmatization of the Muslim population in France.”

The all-body suits, worn regularly by some women in Muslim countries, are growing popular in the West. They can be seen on female Muslim lifeguards on Australian beaches, in the United States and various European countries, from the Netherlands to Sweden — which OKed them after two women won discrimination cases last year. 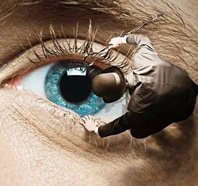 Anglo finance has been a cancer