President Barack Obama met Saudi King Abdullah in Riyadh on Wednesday ahead of a much-heralded speech in Cairo the U.S. leader hopes will help refurbish America’s tarnished image in the Islamic world.

After an airport welcome in Riyadh, Obama travelled to King Abdullah’s farm where the two men were to hold talks expected to cover the Arab-Israeli conflict, U.S. overtures to Iran and oil.

Shortly after Obama arrived, Al Jazeera television aired a recording by al Qaeda leader Osama bin Laden in which he said the U.S. president had planted seeds for “revenge and hatred” towards the United States in the Muslim world.

Bin Laden said Obama was continuing in the steps of his predecessor George W. Bush and told Americans to be prepared for the consequences of the White House’s policies.

Obama, whose father was Muslim and who lived in Indonesia as a boy, hopes to mend a U.S. image damaged by Bush’s wars in Iraq and Afghanistan and the treatment of U.S. military detainees.

He was due to spend the night at the Saudi king’s farm before flying to Cairo for his speech to the Muslim world, which will fulfill a campaign promise last year to deliver an address from a Muslim capital early in his administration.

“I am confident that we’re in a moment where in Islamic countries, I think there’s a recognition that the path of extremism is not actually going to deliver a better life for people,” Obama told NBC News before he left Washington.

“There’s a recognition that simply being anti-American is not going to solve their problems. The steps we’re taking now to leave Iraq takes that issue and defuses it a little bit,” he said, adding that the speech was just a first step in a broader dialogue with the Muslim world on difficult issues. 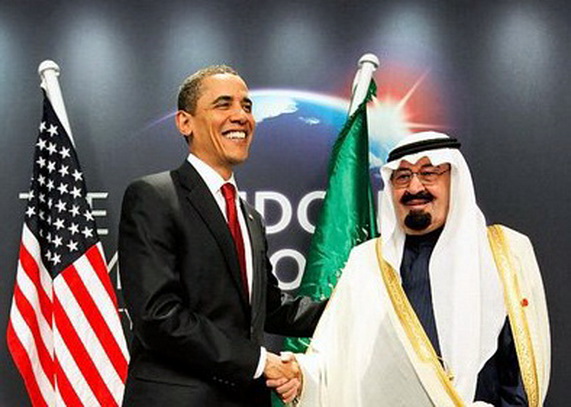