Amsterdam, always, always and every day!

This translated as a square on a dam.

The population of city is one and a half million people, taking into account the suburbs.

The government is located in The Hague.

Carefree and liberal Amsterdam is never completely lost its reputation of a hippie haven, although the city’s economy has long been denied this cliche.

Surprisingly, many people still believe the city of Amsterdamis frozen in time of free love, free drugs and other free pleasures.

We visited the city in March, and that’s what we saw. 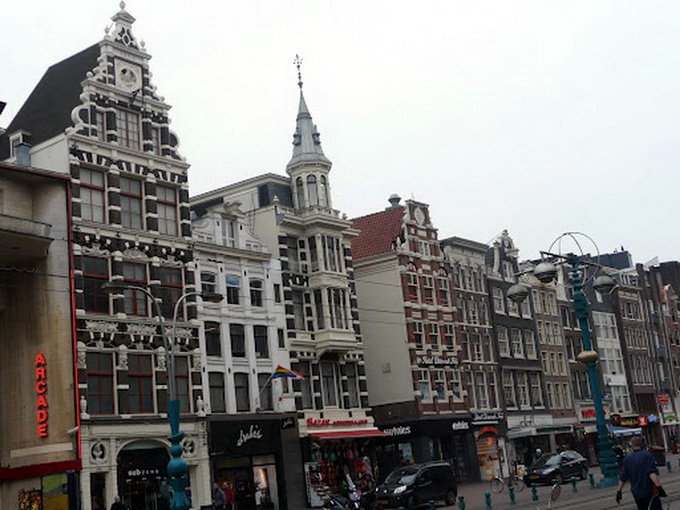 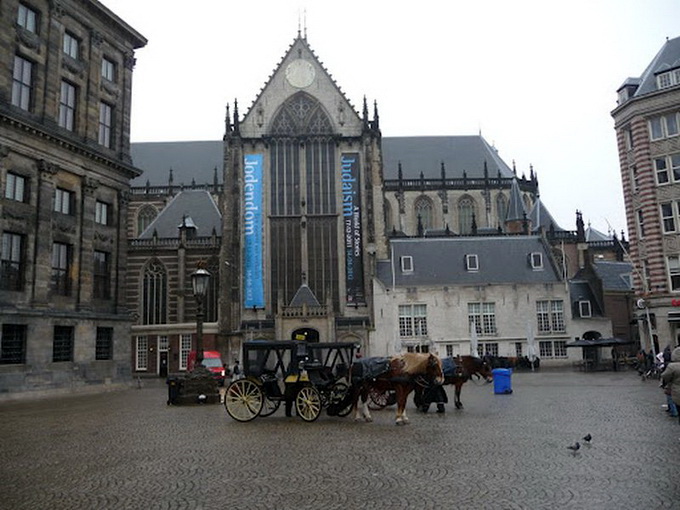 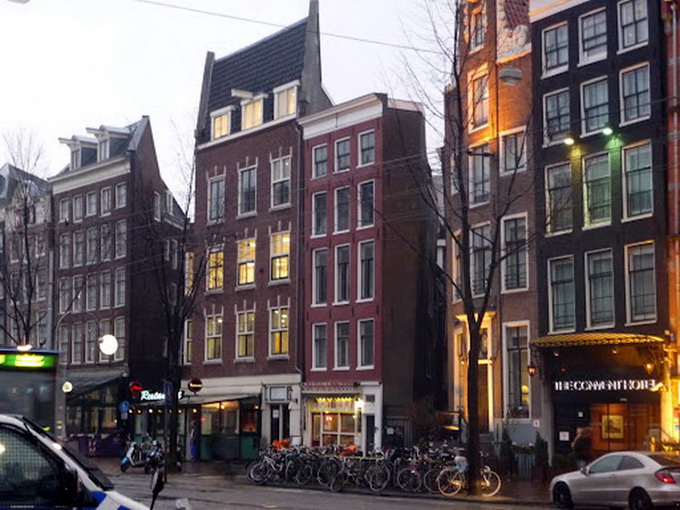 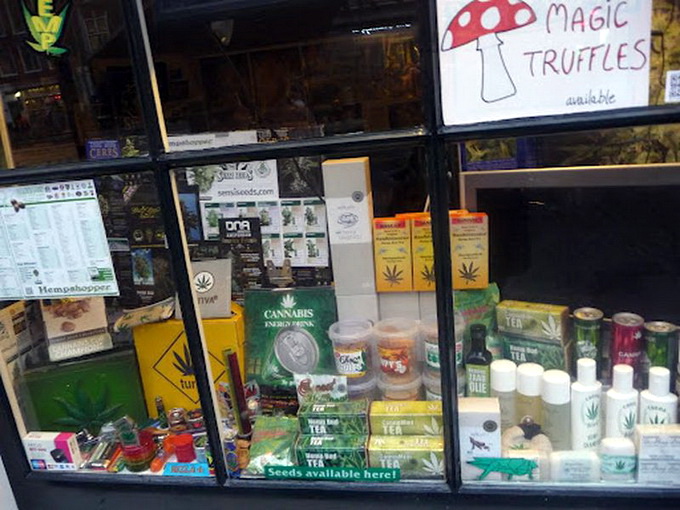 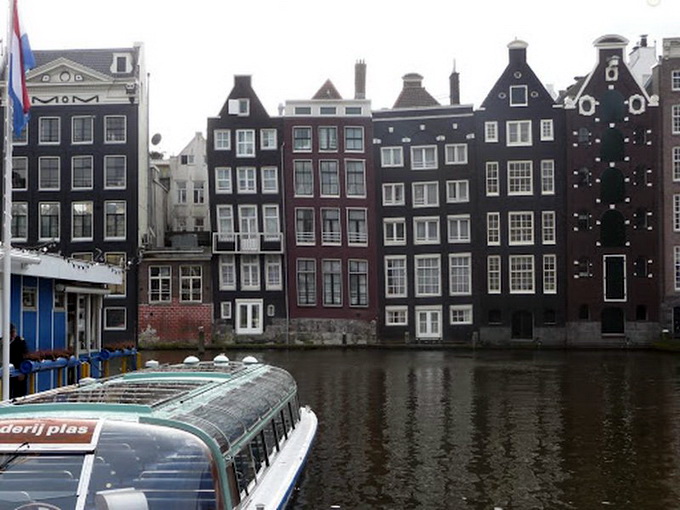 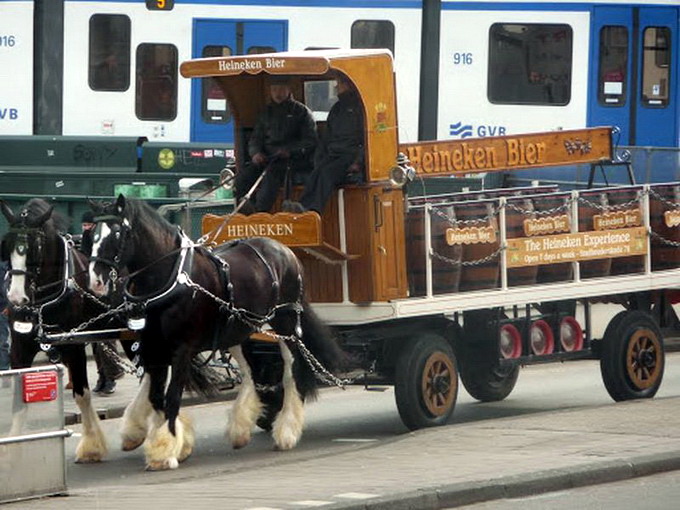 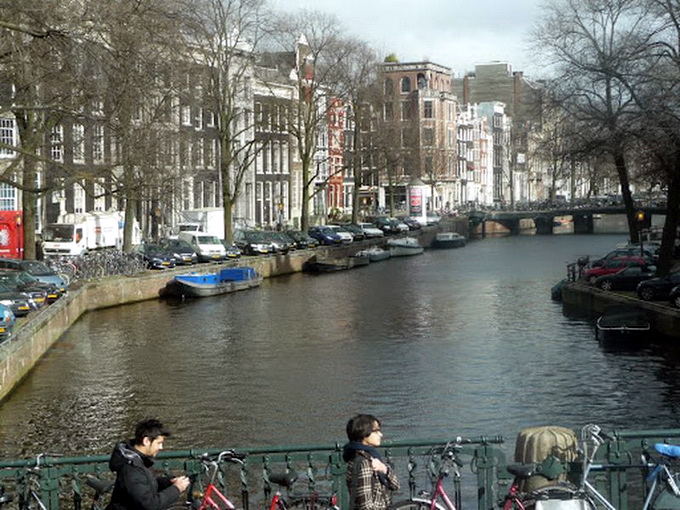 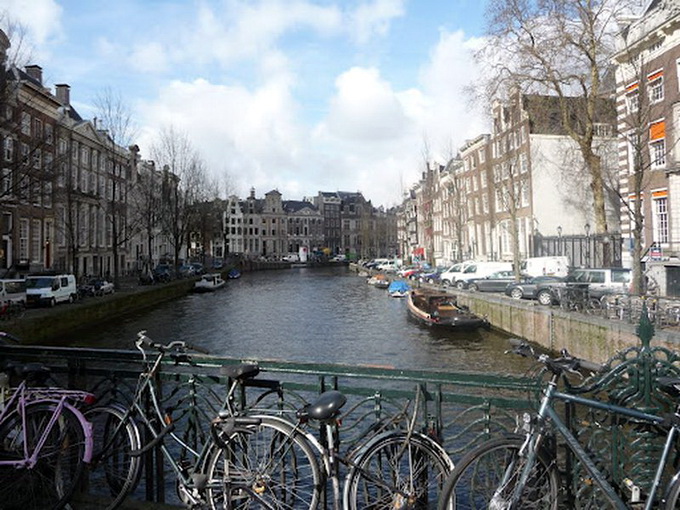 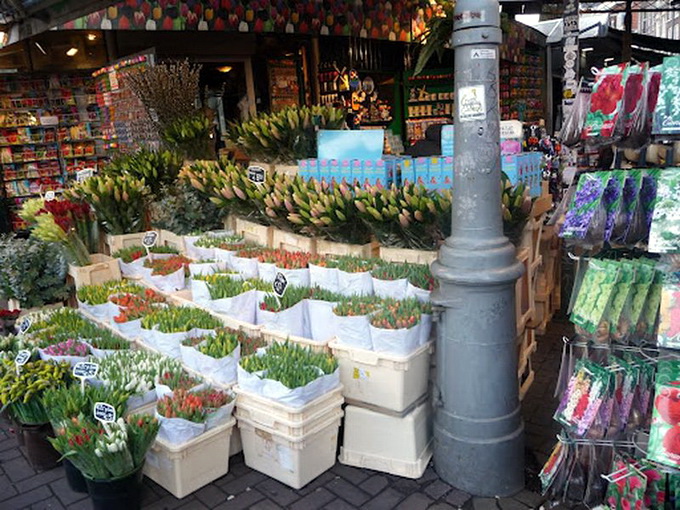 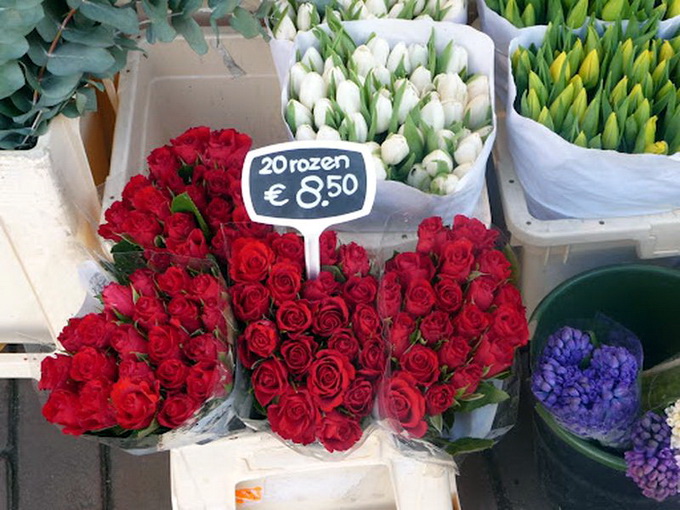 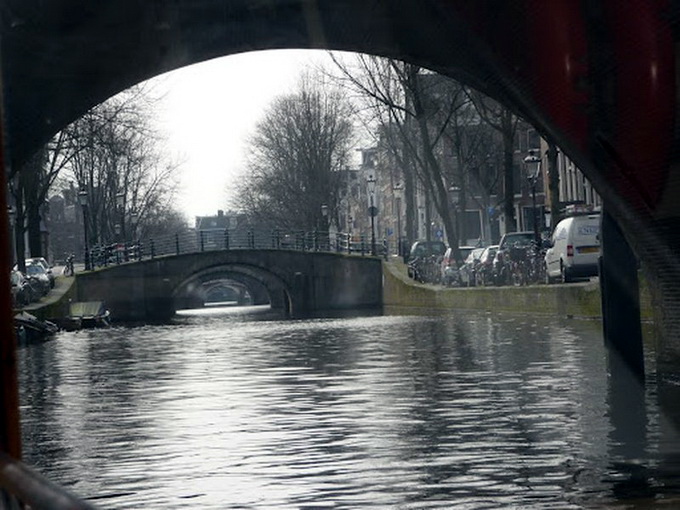 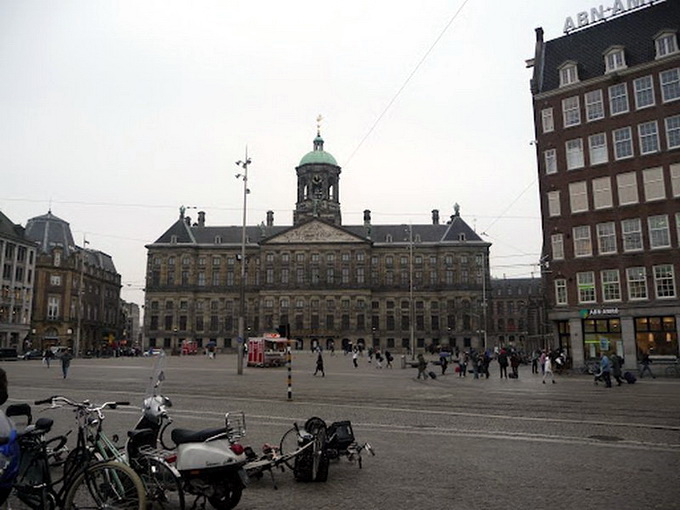 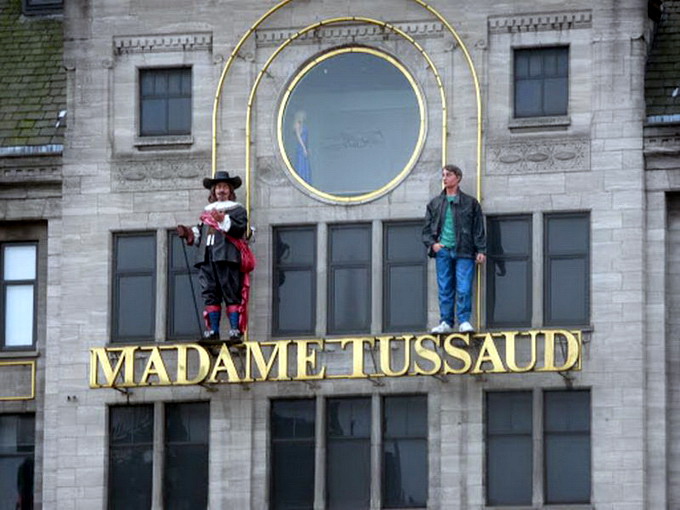 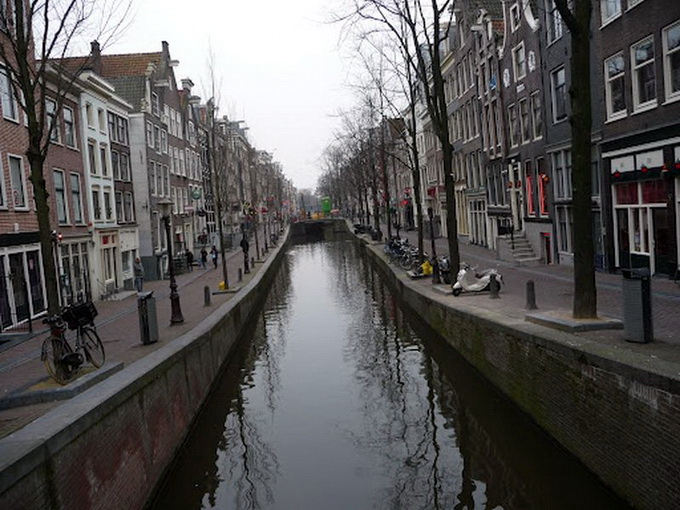 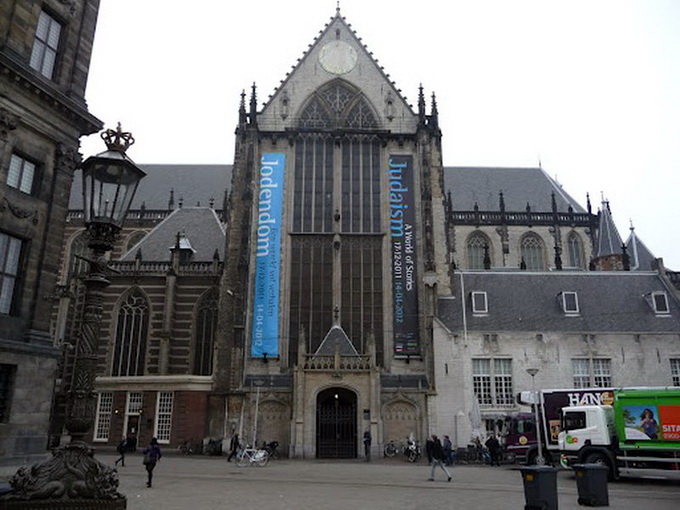 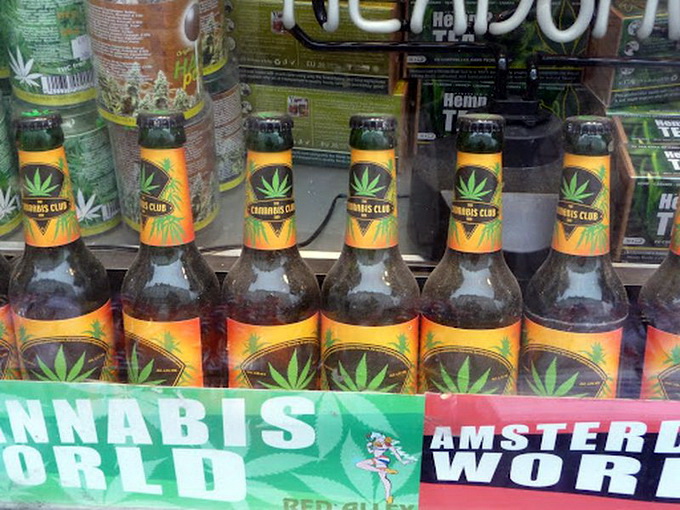 Amsterdam coffee shops, not to be confused with cafés, have been a part of the city since the 1970s, when the Dutch government made a clear distinction in the law between ‘hard’ and ‘soft’ drugs.

Today, Amsterdam’s City Council, through agreement with the coffeeshop union Bond van Cannabis Detaillisten (BCD), allows coffee shops to operate with the provision of set, non-transferable licences – shown by the display of an official, green and white sticker in the window.

smokey coffee shop outsideOne of the major events for Amsterdam coffee shops is the High Times Cannabis Cup, which takes place towards the end of November, during the week of Thanksgiving.

The Netherlands has a special tolerance policy on soft drugs, but if we look at the laws:

– Possession of drugs is punishable, again, with a maximum of 5 grams of cannabis (weed, marihuana or hash) the police will seize the drugs, but you can give them up and you will not be prosecuted.

– Minors are not allowed to have any drugs, the tolerance policy does not apply to them, so you must be 18 or over to buy drugs

– Growing weed at home is illegal, however 5 plants or less you can give them up and you will generally not be prosecuted

– Hard drugs are not allowed

– Import and export of drugs is illegal

– You cannot smoke in public, and use of soft drugs like smoking weed is not allowed either you can do that in Amsterdam coffeeshops

You must get to Amsterdam coffee shops to buy weed. You’ll find about 200 coffeeshops in Amsterdam, so there is always one close to your location.

Although Amsterdam coffee shops are not allowed to make any advertising, you will be able to identify them easily. Official Dutch coffee shops have a green and white licence sticker in the window.

In order to enter the coffeeshops in Amsterdam, you must be 18 or over and have an ID. Amsterdam coffeeshops are not allowed to sell alcohol. Most coffeeshops have a menu.

Since coffeeshops are not allowed to do any advertising, you will generally not find any details posted on the door or even inside. Just ask the person at the counter for the menu, and they’ll give you what you need.

A general rule of thumb is: the more expensive, the stronger the weed.

For inexperienced smokers a gram of weed will get you high about 6 times and you should be able to make at least 3 joints nice from a single gram.

Ask for advice if you are not sure, these people are here to make sure everything is safe. 😉 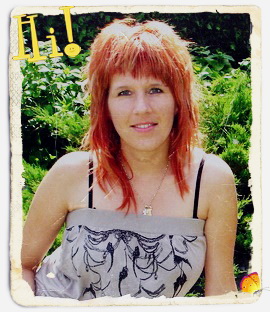 Hello and Welcome to My Totally Awesome Store! One thought on “Amsterdam, where everything possible, always”