When people torture themselves with hunger, the reason for it may be anorexia rather than excessive weight. Anorexia is often mistakenly considered a whim typical for fans of dieting.

However, it is a dangerous psychological disorder. MedPulse.ru asked Ruzanna Akopyan, a psychoanalytic, to share her comments.

Ninety percent of anorexia cases are observed among females at the age of 12 to 24. Other ten percent are registered among older women and men.

Anorexia is accompanied by a pathological desire to lose weight and a strong fear of obesity.

people suffering from this disease have distorted perception of their body image.

They see themselves fat although in reality they may suffer from dystrophy. To lose weight, anorexic patients torture themselves with diets, exercise and cleansing procedures like provoking vomiting after meals or using enemas,” Akopyan explained.

She listed the following signs of anorexia:

1. Patients always feel fat, and are especially concerned with certain parts of their bodies.

2. They often eat standing up and break food into small pieces.

3. They suffer from sleep disorders.

4. They isolate themselves from the society.

5. They are afraid of gaining weight.

Specialists do not have a unified opinion about causes of anorexia. Most likely, there are several reasons, including biological and genetic predisposition, psychological conflicts and problems, and finally, environmental factors.

Anorexia risks increase when all three factors are present…. 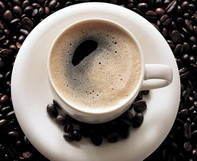 Coffee is safe to drink, with no adverse effects.

One thought on “Anorexia.”