Eastern Europe, especially the Baltic states, had not seen the end of the crisis yet. According to Shigeo Katsu, World Bank regional vice president for Europe and Central Asia, “it seems that the rate of contracting economies is now slowing down, but it has not thoroughly bottomed out,” reported the British news agency Reuters.
The World Bank intends to increase the amounts lent to Eastern Europe in the coming fiscal year by 2-3 billion U.S dollars to the current 9.3 billion U.S. dollars at the end of last fiscal year in June, writes ELTA/LETA. According to Katsu, the recovery of Eastern Europe will be slow and painful to yet unclear extent. It is predicted that the economies of all post-soviet countries in Eastern Europe will face a significant decline this year and the Baltic States are likely to be among the most affected ones. The export-dependent economy of the Central Europe could shrink by at least 3% in 2009. Latvia’s GDP might slump 20% in 2009. The expert of the World Bank says that the GDP forecasts for the Baltic States, especially Latvia, could deteriorate even more. 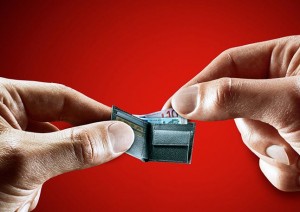