The situation in Thailand’s capital has normalized, and demonstrators have left the area in front of the government building, The Nation website reported, citing the Thai Foreign Ministry.
“The situation in Bangkok has normalized, the government will continue to make steps to ensure security in the country,” the ministry said.
Bangkok was hit by mass protests by the opposition demanding the resignation of Prime Minister Abhisit Vejjajiva, the dissolution of parliament and early general elections.
However, the state of emergency remains in force in the Thai capital, and police units remain on alert. Local media reported that although the protesters had left the area close to the government building, several political gatherings were reported in other districts of the city.
The prime minister told a local TV channel that the state of emergency would remain in force until the situation in the capital is back to normal.
“The government is being cautious, and we want to assure people that we will ensure their safety,” Vejjajiva said.
A government spokesman said it was not possible to say when the state of emergency would end.
“We don’t want to maintain it for a long period, however, the state of emergency will remain in force until we are sure that everything is back to normal,” the spokesman said.
Exiled former prime minister Thaksin Shinawatra, whose supporters have been rallying against the government, said on Monday that several demonstrators were killed in the military’s crackdown on protests, but Vejjajiva dismissed the information.
“I would like to assure you that all operations have been done transparently,” Vejjajiva was quoted as saying by the Bangkok Post newspaper.
However, the newspaper reported that two civilians from the Din Daeng area of Bangkok were allegedly killed in drive-by shooting by protesters on Monday, and a demonstrator died in hospital after a clash with the armed forces.
Protests in Thailand started in March after the government allocated 9 million low-paid Thai workers assistance worth $55 each to stimulate the economy. Protesters called the aid “bribery,” accusing Cabinet ministers of coming to power illegally and demanding that Vejjajiva step down.
On April 10, the ASEAN summit in Pattaya was postponed over the mass demonstrations, in which more than 100 people were injured. 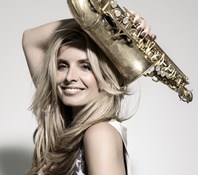 To see the fragrant roses