South African police have arrested a man after he went on the rampage with an axe in a northeastern township, killing three, including a baby, and injuring another 12 in the attack, the iafrica.com website said on Tuesday.
A police spokesman said that the 20-year-old man, who is reported to have been a school pupil suffering from psychiatric problems, left his home armed with an axe on Sunday and went on a killing spree in Mayflower, Mpumalanga province. Among the dead are an elderly woman, a young mother and her six-month-old baby.
Earlier on Friday the man’s family called police to report that “he was violent,” but after the police and ambulance arrived “he calmed down and was released,” Captain Sabelo Mlangeni said.
Mlageni said that over the weekend the man, whose name has not been released, became violent and on Sunday morning his family tied him up and left him on the floor.
“He somehow untied himself. He got an axe and attacked his brother before he went out into the street and started hacking people in the street,” the police spokesman said.
Mlangeni said that after he had killed the elderly woman, “He then went out into the street again and hacked the baby, who was carried on her 16-year-old mother’s back, in the head before he hacked her mother to death.”
He then continued his attack seriously injuring 12 people, who tried to stop him, before police finally managed to restrain him.
“By this time the community was mobilized and the police had to protect him (the suspect) because they wanted to prise him from the van and take revenge on him,” Mlangeni said.
Once the man was in police custody he was taken to hospital for treatment to wounds received during his arrest.
He has been charged with three counts of murder and 12 of attempted murder and will be sent to the Weskoppies Psychiatric Hospital for evaluation.
en.rian 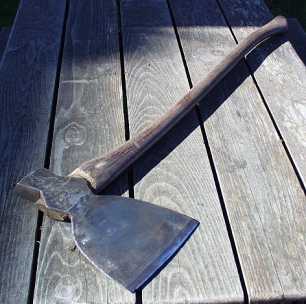