This time it’s time to take a look at exercise, body myths, and we enlisted the help of Dr. Brian Parr.

Here’s what we learned.

While it’s absolutely true that you should push yourself and try to extend the limits of your endurance when you exercise, it’s not true at all that the best workouts are the ones that leave you feeling horrible, sore, and beat up the next day.

Discomfort is natural, but pain?

“The idea that exercise should hurt is simply wrong—muscle pain during or following exercise usually suggests an injury,” Dr. Parr explains. “However, some muscle soreness is unavoidable, especially if you are new to exercise.”

This myth has been debunked by doctors, physical therapists, and researchers of all stripes, but it still persists because most people conflate the idea of pushing themselves to work out harder with pain.

This myth is so persistent that even the MythBusters tackled it. It’s important to remember that your workouts should still be challenging, but if you’re experiencing pain, you should stop. 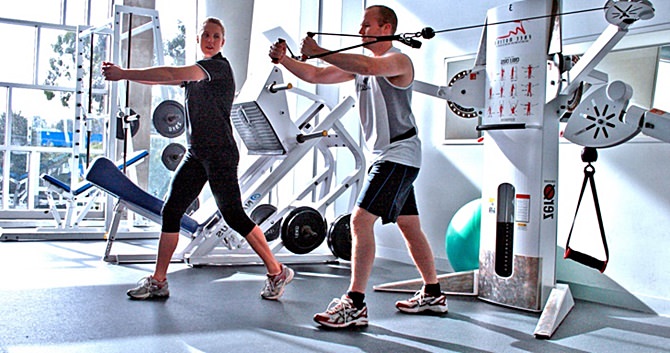 In fact, if your workouts hurt, you probably won’t be as motivated to continue them, which is exactly the opposite of what your workouts should be.

Body Myths 2: Soreness After Exercise is Caused by Lactic Acid Building Up in Your Muscles.

So what is that soreness you get a day or two after working out? It’s called DOMS (delayed-onset muscle soreness,) and the belief that it’s caused by lactic acid building up in your muscles while you exercise is false.

Dr. Parr explains that this isn’t the case:

“A common belief is that lactic acid build-up in the muscle causes muscle soreness. This is based on the fact that during intense exercise like weight training the muscles make energy for contraction anaerobically (without oxygen), which leads to lactic acid production.

This is in contrast to aerobic exercises like walking or jogging that produce energy using oxygen, with little lactic acid build-up.

This belief that lactic acid causes DOMS has been shown to be false since any lactic acid that is produced during exercise is cleared shortly after you finish, long before muscle soreness begins.

Instead, that soreness is actually caused by tears in your muscle that occur as you exercise—especially if you’re just starting an exercise regimen:

“It turns out that strenuous exercise leads to microscopic tears in the muscle, which leads to inflammation and soreness.

This sounds bad, but the muscle damage is an important step in the muscle getting bigger and stronger. Your muscles are made up of protein filaments that shorten, leading to a contraction,” he continues.

Essentially, as your body repairs those microscopic tears, you’re building new, healthy, and strong muscle tissue. This is also the reason why weight training encourages you to increase the resistance or heaviness of your weights as you get accustomed to one level—it’s only through this process that you actually get stronger and build more muscle.

If you want to avoid that soreness, Dr. Parr suggests you start your exercise program slowly and ramp up over time—don’t do too much before you (and your body) are ready, and don’t feel bad about taking a day off between workouts to recover if you’re too sore.

Alternatively, switch up your workouts: skip the weights and go for a run instead, for example. After all, an exercise program that makes you so miserable you’ll quit after a week won’t do you any good in the long run.

Speaking of miserable, getting in shape (not to be confused with losing weight, mind you) doesn’t have to take a really long time. The fact that it does for most people though, is probably a good thing.

Let’s be clear: there’s no silver bullet, and there’s no magic method to get in shape quickly, but there’s a great deal of new research that shows a healthy exercise regimen doesn’t mean spending hours at the gym every single day.

One study, conducted by researchers at McMaster University in Ontario, Canada and published in the March 2012 edition of the Journal of Physiology (PubMed link) showed that even 20 minutes per day can be all you need. 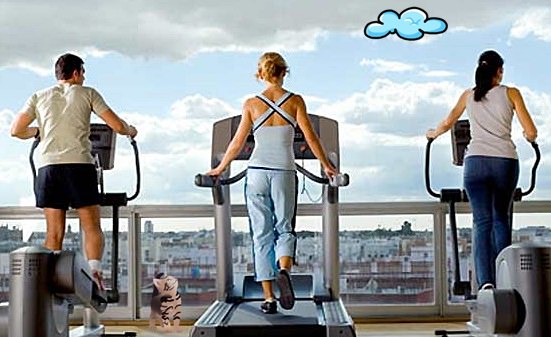 Here’s the catch: yes, there’s an easier way to do this, one that requires less time, but you’ll need to up the intensity of your workouts in order to benefit.

The process is called High Intensity Interval Training, a topic we’ve shown you how to get started with before. Dr. Parr noted that yes—interval training is a great way to cut down on the length of your workouts and get results in less time, but it requires more effort.

Essentially, yes, you can get a great workout in 15 minutes a day every day!

But most people will make themselves miserable in the process and give up their exercise regimen within a few days.

As always, talk to your doctor about what you can handle, start slowly, and find the sweet spot that works for you between intensity and time. If you have an hour to spare every day, use it instead of killing yourself cramming your exercise into a half-hour. If you can handle a super-intense half-hour workout, go for it.

The other point worth making though is that yes, regular, repeated exercise has great health benefits, but if you don’t think you can fit in a workout every single day for the rest of your life, that’s no reason not to go for a walk today.

Even a half-hour walk can make a big difference. Any activity is good activity—don’t cheat your body out of it because you don’t think you’ll be able to do it again tomorrow, or the next day.

Body Myths 4: You Need a Sports Drink When Exercising to Replenish Your Body’s Electrolytes/Minerals/Etc.

This is one of those myths that got carried away from its original intent. “Sports drinks are important for improving performance in high-intensity exercise that lasts longer than an hour. Think of a marathon or triathlon.

The reason: sports drinks provide water to replace what is lost in sweat and sugar (glucose), the fuel muscles need most in intense exercise,” Dr. Parr explains.

What about low-intensity exercise though, or people who just hit the treadmill for a half-hour every night after work, or bike around town on the weekends?

Not necessary at all:

“For lower intensity or shorter duration exercise sports drinks are not needed. In fact, if you are exercising with the goal of losing weight, the calories in the sports drink you consume might offset the calories you burned during exercise!”

This is a good point, one often ignored in the ads for sugary, high-calorie vitamin drinks and energy drinks that make you think you need them if you’re planning to hit the gym at all.

Those drinks are highly beneficial to the people who need them, and they have their place, but for most people doing moderate exercise, water will do.

Dr. Parr isn’t the only person who thinks so, although sports drink manufacturers would disagree (and indeed, the self-styled “Gatorade Sports Science Institute” has an entire page—one that in my research I found copied word-for-word in many other places—dedicated to why sports drinks are great for everyone.)

The inverse of the previous myth, this is the one that usually turns people off from exercise entirely when they spend hours exercising and don’t see the results they were hoping for.

The problem is that exercise can help you lose weight, but it’s not the direct “calories in less than calories burned therefore weight lost” oversimplification that’s so often repeated.

For example, walking a mile in an hour will burn about 100 calories. Sitting in a chair for the same period of time will probably burn 60 calories.

The real weight-loss benefits to exercise come from the eventual ramp-up of tolerance for intensity and duration of exercise that you get once you get started. 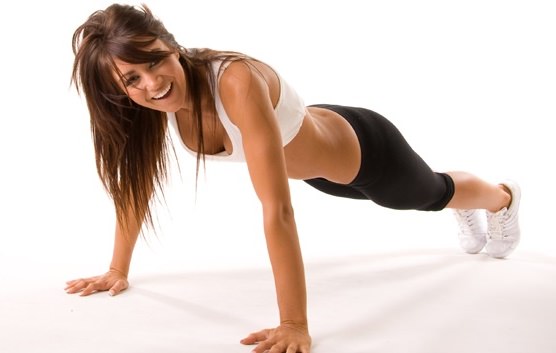 The Center for Science in the Public Interest (CSPI) busted this particular myth. As you exercise, you’ll start walking faster, or maybe running, or perhaps you’ll walk longer and spend more time walking.

If you walk or run five miles instead of one, you’ll burn 500 calories, and while it’ll take longer, the weight loss benefits scale better over time than sitting at home, so as you train, you’ll lose more weight.

Body Myths 6: If You Don’t Exercise When You’re Young, It’s Dangerous When You Get Older.

It’s never too late to start a workout regimen and improve your overall health, you just have to be cautious and aware of how you go about it.

A 2009 study of over 1800 seniors by the Hebrew University Medical Center and Hebrew University Hadassah Medical School in Jerusalem and published in the Archives of Internal Medicine.  And subsequently used as a reference base for additional research also available at that link.

Concluded that seniors who exercised—or even started to exercise—late in life were likely to live longer than those who didnt, and live out their last years healthier than their counterparts who avoided exercise.

CSPI tackled this myth as well, and this article at WebMD is full of myths about exercise and older adults, for anyone who’s worried they may be doing their health more harm than good by exercising in middle-to-old age.

The key is to find a workout that’s at the right impact level for your age and condition—and as we’ve said before, the health benefits, in areas like memory, anxiety and depression, and even arthritis or joint pain make themselves apparent almost immediately.

Dr. Brian B. Parr t  is an Associate Professor in the Department of Exercise and Sports Science at the University of South Carolina Aiken. 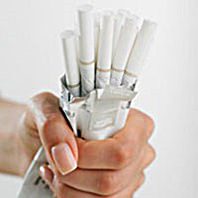 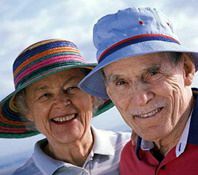