Chinese and Russian armed forces on Wednesday began a five-day joint military drill aimed at boosting their troops’ capability in fighting against terrorism.

Up to 1,300 army and air force personnel from each side will participate in the drill, scheduled to run from July 22-26 in Khabarovsk and the PLA’s Taonan tactic training base, which borders Russia’s Far Eastern region to the north.

China, Russia and other member states of the Shanghai Cooperation Organization previously held two similar anti-terrorism exercises under the name “Peace Mission” in 2005 and 2007. 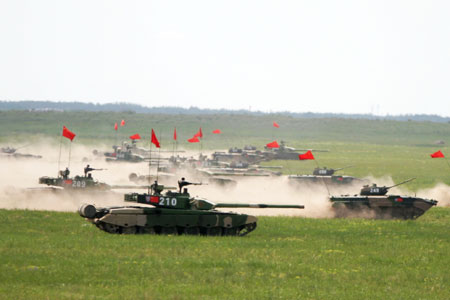