A large fire broke out on the railroad portion of the Crimean Bridge.

There is a large fire on the Crimean Bridge. People are not allowed to enter the bridge. 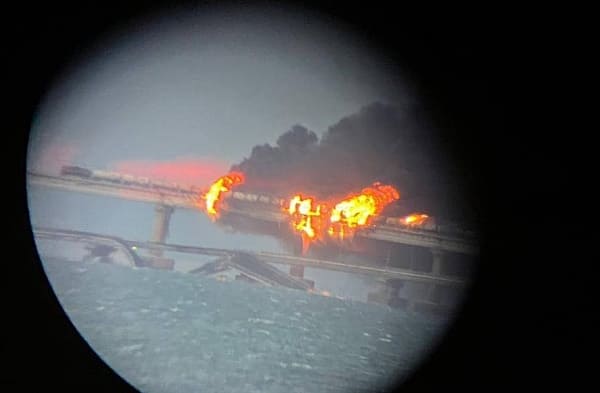 “Today at 6:07am (0307 GMT) on the road traffic side of the Crimean bridge … a car bomb exploded, setting fire to seven oil tankers being carried by rail to Crimea,” Russian news agencies cited the national anti-terrorism committee as saying.

A Kremlin spokesman said President Vladmir Putin had ordered the establishment of a commission to look into the blast, Russian news agencies reported.

The road-and-rail bridge, built on the orders of Putin and inaugurated in 2018, was a key transport link for carrying military equipment to Russian soldiers fighting in Ukraine, especially in the south, as well as ferrying troops across.

Spanning the Kerch Strait, it is the only crossing between Russia-annexed Crimean territory and Russia.