They may look like they’re about to topple over, but these cube-shaped houses actually form a small village within the city center of Rotterdam, Holand.

A modern concept designed by the late architect Piet Blom, and constructed in 1984, this spectacular set of buildings represents an urban forest where around 40 traditional…. are tilted at 45-degrees to rest on a hexagonal pylon.

The innovative design transforms the idea of the traditional structure by playing with angles and convention.

These buildings were the first cubic houses in Holland, a country better known for its beautiful spindly buildings that tower above passers-by.

The concept behind Blom’s unusual design was to create a living roof in which people could have sufficient space in an area of high density …
After three test versions the “woonwoud” (living woods) were finally built in the area of Helmond, arranged around the Theater ‘t Speelhuis.

Now one of the houses remains unoccupied so that visitors can take a look and get a feel for the unconventional use of interior space. 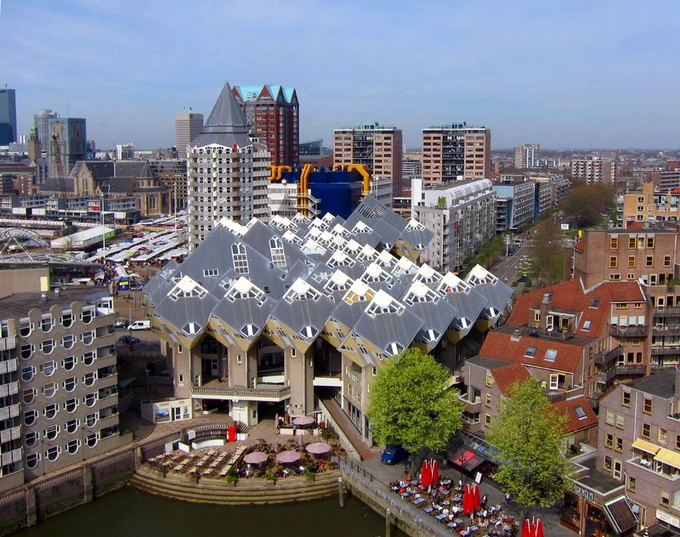 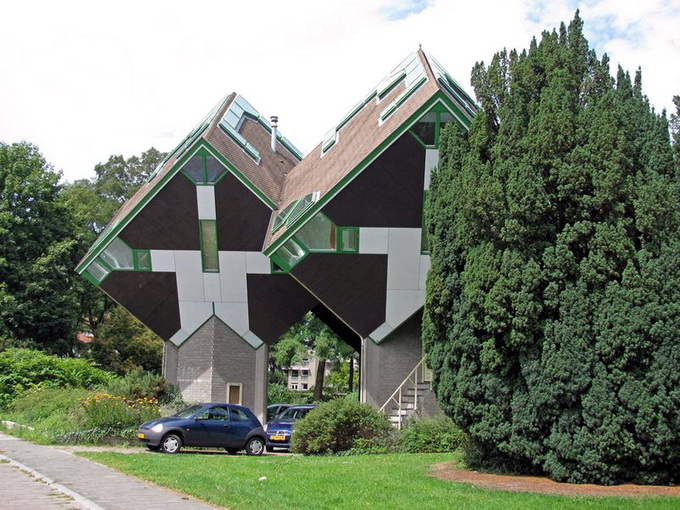 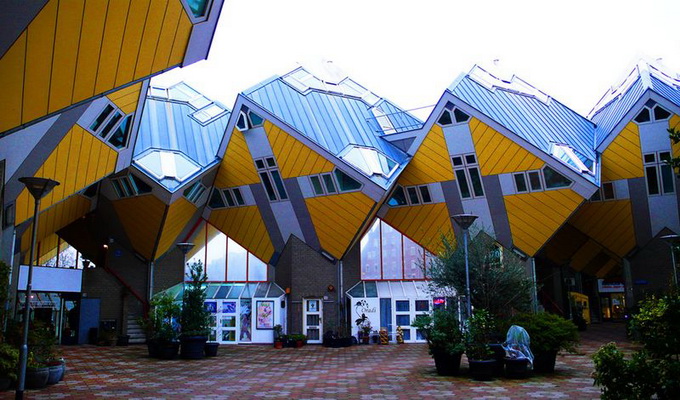 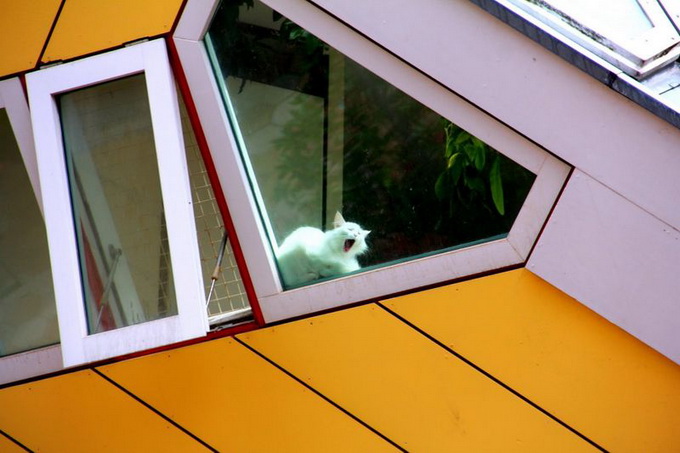 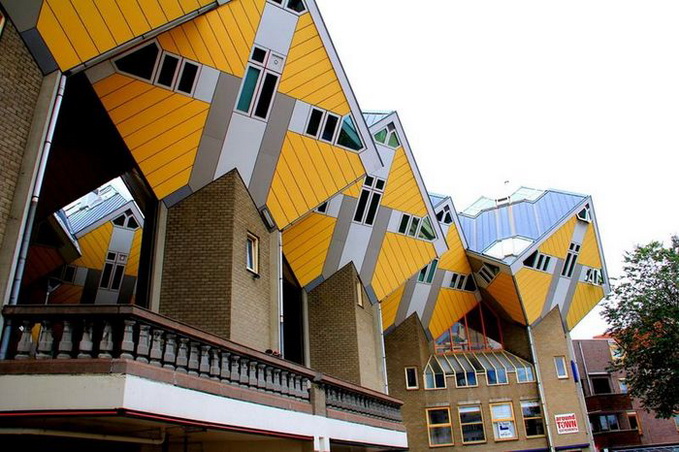 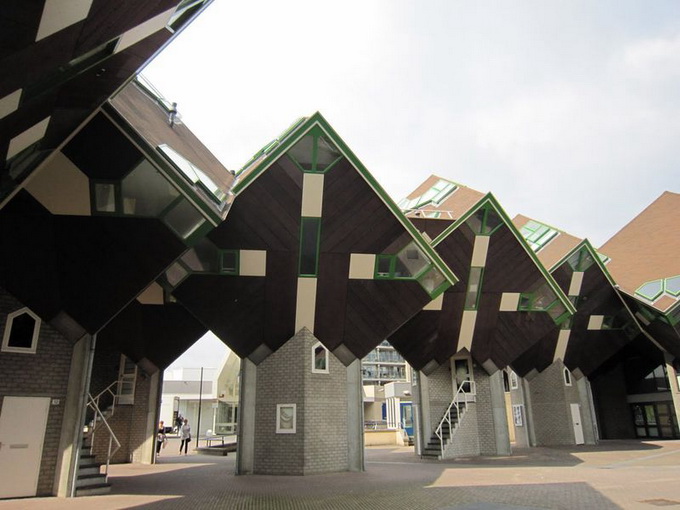 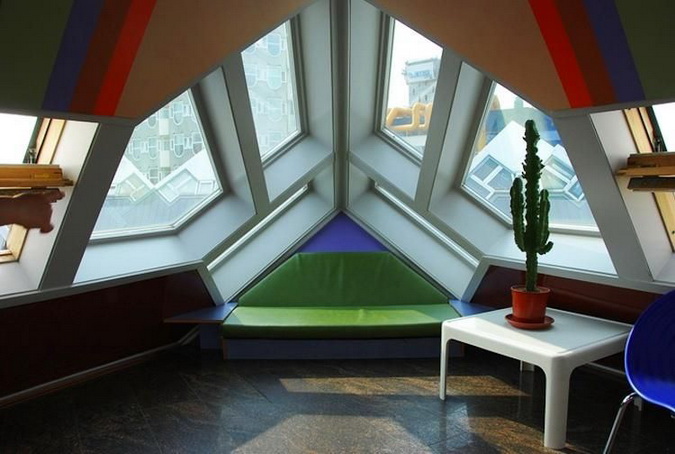 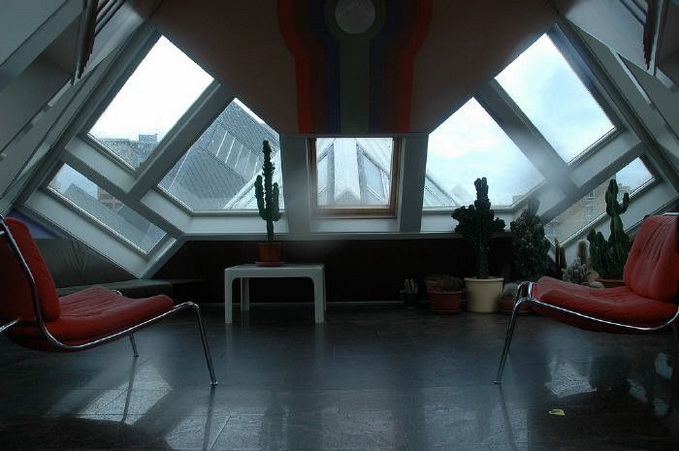 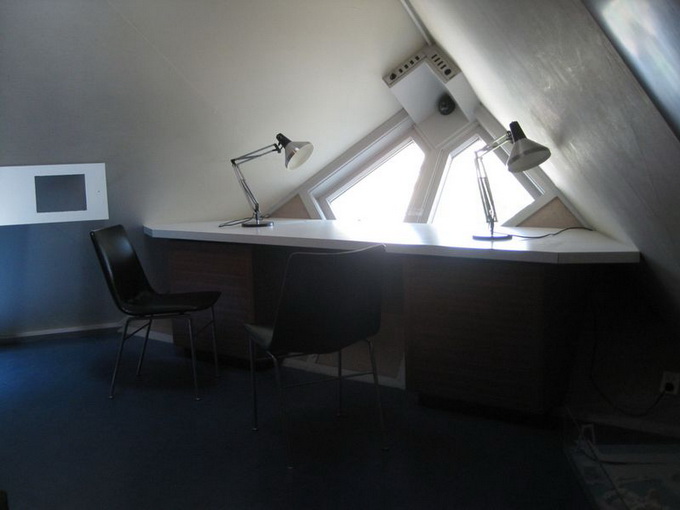 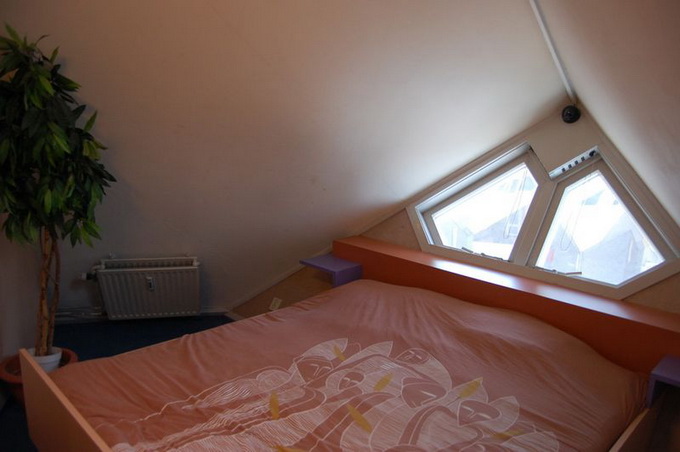 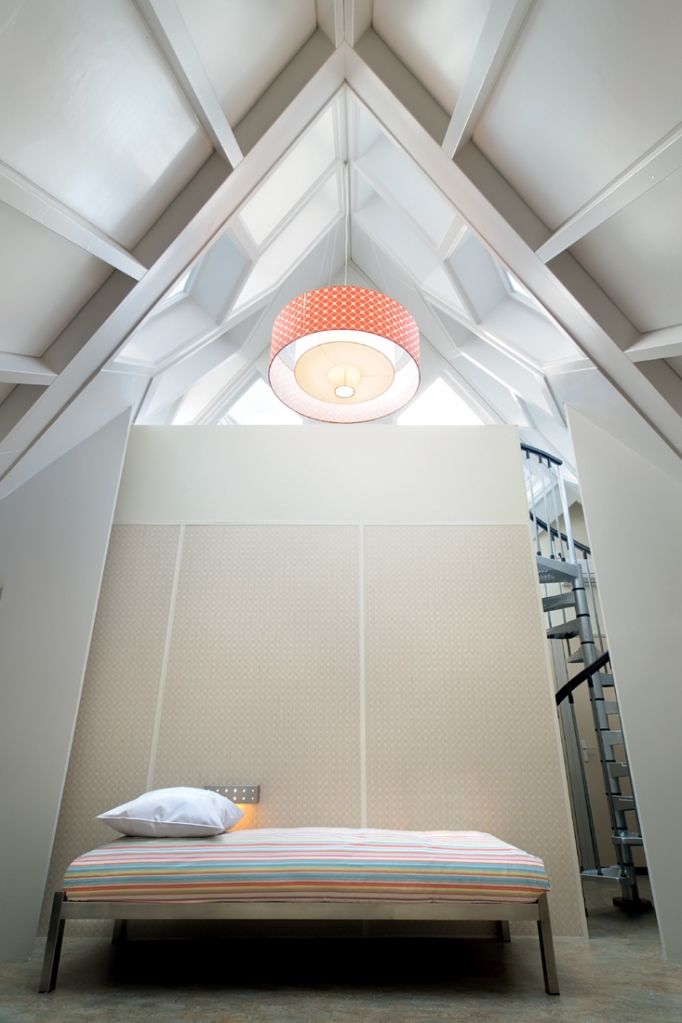 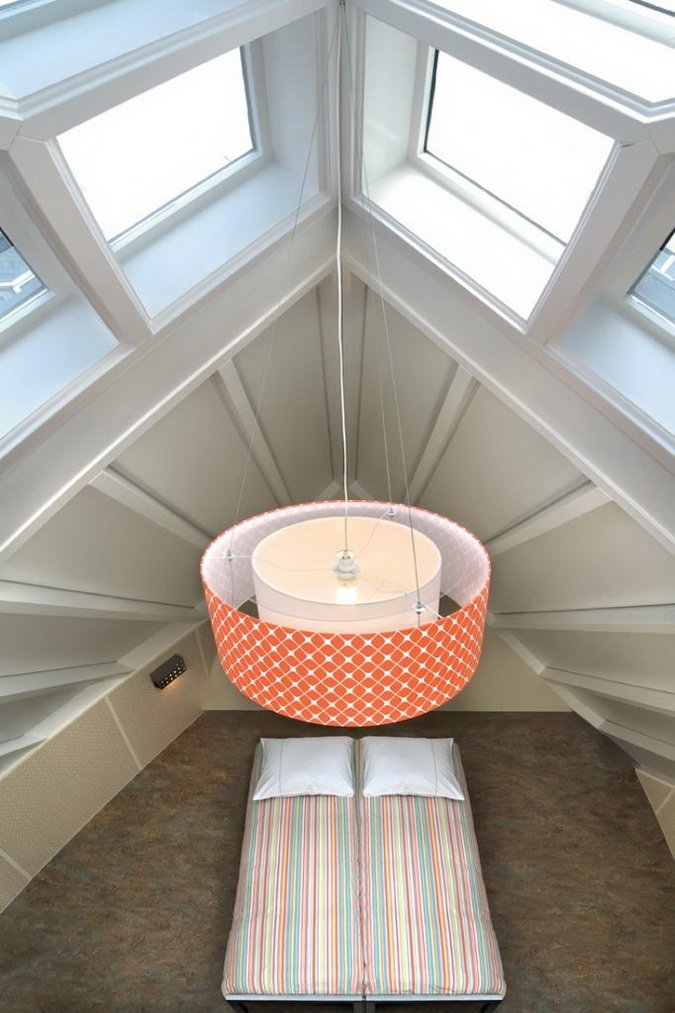