Russia, China, Japan, France and the countries of the Persian Gulf intend not to use the US dollar in their settlement for oil. The countries are reportedly in secret talks with each other regarding the subject. Instead of the dollar, they intend to use the basket of currencies. The plans may become real in 2018. If it happens, the financial system will be changed globally. Experts believe that the mere fact of such ideas causes damage to the image of the American currency.

The basket of currencies, which the above-mentioned nations intend to use, will consist of the yen, the yuan, the euro, gold and the new currency of the countries included in the council of the economic cooperation in the region (the UAE, Saudi Arabia, Kuwait and Qatar). India and Brazil have been showing interest in the endeavor too, The Independent wrote with reference to anonymous sources at the bank industry of Hong Kong. 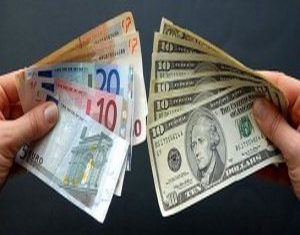 The leaders of national banks and finance ministers of the above-stated nations, the newspaper wrote, conducted secret meetings to discuss the future option. A Chinese banker said that the plans would change the face of the whole financial system. It will take the new system nine years to be introduced – the reforms will end in 2018.

Prices on gold have started growing recently, which may prove that the plans are real.

The issue to replace the dollar in the oil trade is connected with the weakening of the US economy as a result of the global crisis.

The article in The Independent might have affected the dollar rate. The rate slipped at 15 of 16 Asian exchanges, Bloomberg said.

One thought on “Damages to the image of the American currency.”