Danish Prime Minister Anders Fogh Rasmussen will become NATO’s new secretary general, the alliance’s outgoing secretary general said Saturday.
Jaap de Hoop Scheffer, whose term of office expires July 31, said all NATO members’ presidents and premiers are convinced that Rasmussen is “the best choice for NATO.”
Initially Turkey, unlike the other 27 NATO members, spoke against Rasmussen’s candidacy over his refusal to stop backing the right to caricature the Prophet Muhammad, but eventually it agreed in exchange for pledges to close a Kurdish television channel. 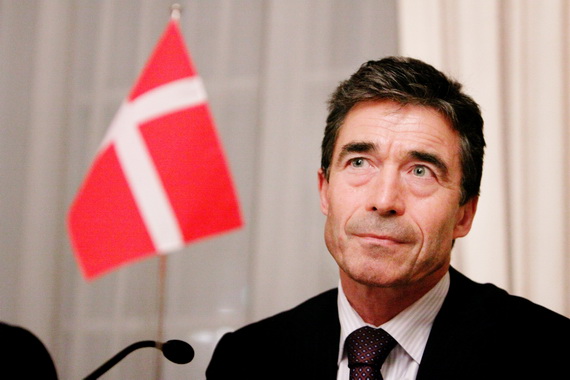