Europe celebrates Victory over Nazism on May 8. Germany – the country that lost the war – celebrates this day too. The Germans do not have many complexes about this day: there are not many things left in Germany that remind them of the erstwhile defeat. It took the defeated nation a long time to recover, but the Germans have succeeded remarkably. Germany has become a highly influential country in the fields of politics, economy and defense.
Germany was a sad spectacle after WWII. The country had no army and no police. Many cities and towns were leveled to the ground. The country accepted nearly ten million ethnic Germans, who had been deported from Eastern Europe . Germany lost a big part of its territory too.
There was no government in the country before 1949. The USSR, the USA, Great Britain and France divided Germany into several occupation zones. Afterwards, Germany was split into the Federal Republic of Germany with the capital in Bonn and the German Democratic Republic with the capital in East Berlin. The Berlin Wall was built in the center of the German capital in 1961. The wall became the symbol of the division of Germany and of the Cold War between the West and the socialist camp.
The Germans, especially in the FRG, never made up with such a state of affairs. The nation began to develop speedily. Western Germany skillfully used the financial help from the United States. The country was rebuilt within just several years, the level of people’s income skyrocketed. The number of the poor in the FRG was a lot lower than that in the USA, England or France.
German companies – Mercedes, Siemens and others – retrieved their economic power. German banks began to invest their funds in the countries of Asia, Africa and Latin America already during the 1950s. The FRG gradually turned into Europe’s largest economy and became the world’s third largest economy after the United States and Japan.
The country was in need of a full-scale army to retrieve its image. Chancellor Konrad Adenauer spoke about in the beginning of the 1950s. Western countries allowed Germany to create its new army in 1955 in an attempt to oppose the influence of the Soviet Union. In less than ten years, Germany had the 250,000-strong army. The nation had nearly 500,000 servicemen by the end of the 1980s. However, the Armed Forces of the FRG could not be used outside the country.
The political influence of the nation was recovering very quickly too. The FRG, along with Italy, France, Holland, Belgium and Luxemburg organized the European Coal and Steel Community in 1951. The organization subsequently gave birth to the European Economic Community in 1957 and to the European Union in 1992. The FRG became a full-fledged NATO member in 1955.
In 1957, Western Germany retrieved its sovereignty over Saar, which was occupied by the French. As for the GDR, Bonn refused to recognize the other half of Germany for many years.
The FGR could not join the United Nations Organization for years. The USSR and socialist countries vetoed the membership over the refusal to recognize the GDR. Western Germany recognized Eastern Germany in 1972, and the two German states joined the UN.
The socialist camp collapsed at the end of the 1980s. The Berlin Wall fell on November 9, 1989, and Germany united in 1990.
Chancellor Helmut Kohl used the weakness of the USSR and won the USA’s support as far as the preservation of the NATO membership was concerned. That was the time when the North Atlantic Alliance launched its expansion to the east. The unification of Germany was an outstanding event against the collapse of the USSR, Yugoslavia and Czechoslovakia.
Germany became a regional leader during the 1990s. Its companies were actively entering the markets of Eastern Europe. The Germans gradually gained the control overt the industrial production and the banking sphere of the former socialist countries. For example, Germany’s Volkswagen obtained the largest automobile factory in Eastern Europe – Skoda (the Czech Republic).
Germany is the largest trade partner for all East European nations. The USSR used to be the central partner of those nations before the end of the 1980s, but Russia could not win the competition with Germany during the 1990s. The Germans ousted their conquerors to the East without a single gunshot.
Germany became a political and economic superpower. The German Army began to participate in military actions in foreign countries. German military men were involved in the actions against Yugoslavia in 1999. Germany became one of the world’s largest arms exporters.
The only thing that Germany does not have at the moment is a permanent seat at the UN Security Council. Germany probably misses nuclear arms too, but it can make them easily.
Modern-day Germany celebrates the Victory Day proudly. This country has no reason to suffer from the feeling of national humiliation. The Germany of the past is gone forever. The country has entirely retrieved its erstwhile influence without a single war.
Vadim Trukhachev 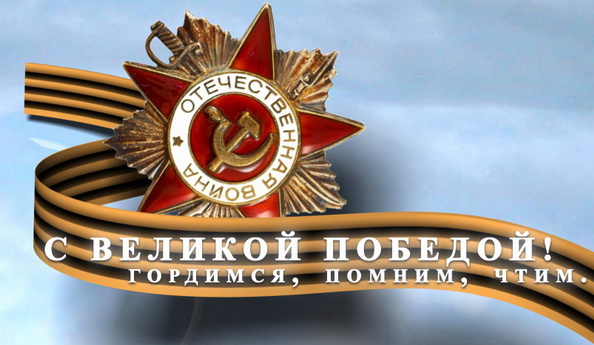 One thought on “Europe celebrates Victory over Nazism.”