A group of scientists from many countries of the world currently works on one of the largest international projects in modern-day science.

The goal of the project is to extend the period of human youth.
The biochemical laboratory of Russia’s Southern Federal University joined the project during the test period to find out how the elixir of youth affects the DNA of lab animals.

Vladimir Chistyakov, the senior scientist of the lab, said that academician Skulachev dissipated the energy of a living organism on the molecular level during the 1970s.
“Living cells have their own power plants, which produce by-products in addition to energy. The speed of aging largely depends on those toxic substances. Skulachev created nanoconstructions which penetrated into mitochondrions – the energy-making part of the cell – and destroyed toxic substances.

It was some sort of a nanorobot…

What is this ? USA loses supremacy… 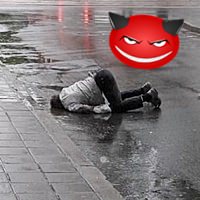 The measures of fighting drunkenness in USSR