President Mahmoud Ahmadinejad said Iran test-fired a new advanced missile Wednesday with a range of about 1,200 miles, far enough to strike Israel and southeastern Europe.
The announcement will not reassure the U.S. government, coming just two days after President Barack Obama declared a readiness to seek deeper international sanctions against Iran if it shunned U.S. attempts to open negotiations on its nuclear program. Obama said he expected a positive response to his outreach for opening a dialogue with Iran by the end of the year.
“Defense Minister (Mostafa Mohammad Najjar) has informed me that the Sajjil-2 missile, which has very advanced technology, was launched from Semnan and it landed precisely on the target,” state radio quoted Ahmadinejad as saying. He spoke during a visit to the city of Semnan, 125 miles east of the capital Tehran, where Iran’s space program is centered.
Ahmadinejad is running for re-election in a June 12 vote and has been criticized by his opponents and others for antagonizing the U.S. and mismanaging the country’s faltering economy.
Most Western analysts believe Iran does not yet have the technology to produce nuclear weapons, including warheads for long-range missiles. However, many Western nations and Israel believe it is seeking such capabilities and could achieve that within five to 10 years.
Iran says its missile program is merely for defense and its space program is for scientific and surveillance purposes. It maintains that its nuclear program is for civilian energy uses only.
The solid-fuel Sajjil-2 surface-to-surface missile is a new version of the Sajjil missile, which Iran said it had successfully tested late last year with a similar range. 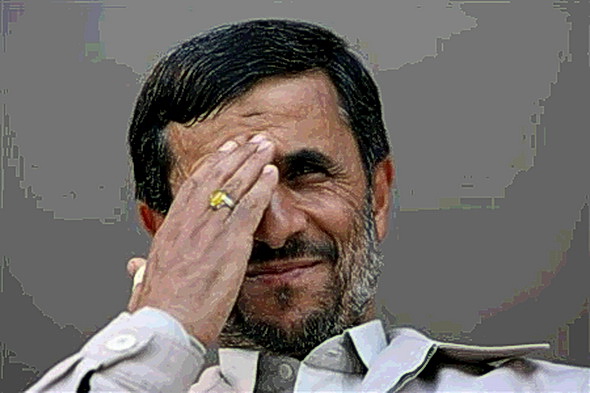