Two astronauts will venture into open space again Monday on a fifth and final spacewalk of the shuttle Endeavour’s mission to complete the International Space Station.

Chris Cassidy and Tom Marshburn spent the final hours leading up to their task preparing their spacesuits and tools and reviewing procedures, National Aeronautics and Space Administration (NASA) officials said.

The final spacewalk is expected to run about six and a half hours. 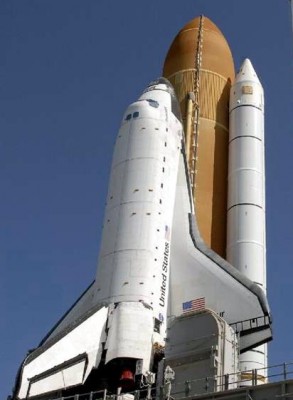 During their fourth walk on Friday, Marshburn and Cassidy installed new batteries on one of the oldest of the four solar arrays that power the space station 350 kilometers (215 miles) above Earth.

The six newly fitted batteries “function as expected,” the U.S. space agency said, noting that the old batteries were stored on a cargo carrier that will be placed in Endeavour’s cargo barrier later in the day.
On Wednesday, NASA had ordered spacewalking astronauts back into the space station 30 minutes early after a spacesuit was found to be working improperly.

Higher than normal carbon dioxide levels were found in Cassidy’s spacesuit due to a problem with its lithium hydroxide canister, the U.S. space agency said, adding he had not been in any danger.

Cassidy and his partner Dave Wolf managed to replace only two of the six batteries, so part of Friday’s outing was to install the remaining four.

Endeavour took off from Cape Canaveral, Florida on July 15 for a 16-day mission with a crew of six Americans and one Canadian to help complete construction of the ISS.

On the second Endeavour spacewalk July 19, the astronauts moved equipment from Endeavour onto the ISS and repaired a malfunctioning toilet on the orbiting station.

During a first spacewalk July 18, astronauts completed construction of the Japanese Kibo science lab during an outing that lasted five and a half hours.

The ISS should be completed in 2010, which also is the target date for the retirement of the U.S. fleet of three space shuttles.
Endeavour is expected to land back on Earth on July 31. The launch of the next shuttle, Discovery, to the ISS is planned for August 18 at 4:25 a.m. (0825 GMT). 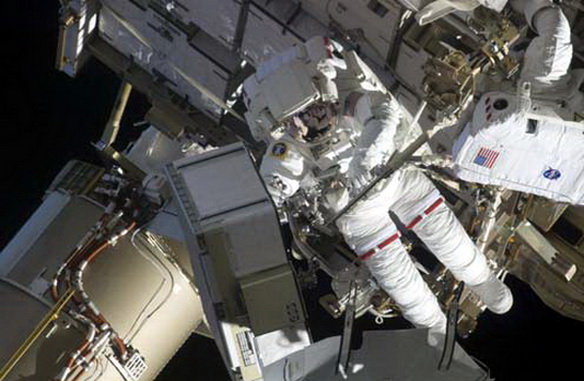