Fujifilm’s now rolled out the proverbial red carpet for its FinePix Real 3D W1 camera, with a press release providing more details about both it and the Real 3D V1 8-inch picture viewer.

Some of more notable features on the W1…

— aside from being the touted “world’s first 3D imagine system,” of course

— is a 3x optical zoom, a 3D LCD system for on-camera viewing. 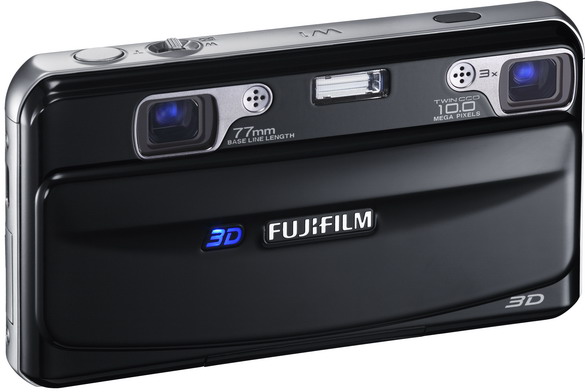 Additionally, the two lens can be used for some more creative, but decidedly old-fashioned 2D photography.

No word on what the resolution / card support is for the camera, but for now we’re gonna guess it’s at parity with the frame.

If you’re wanting physical 3D prints, Fujifilm says it’ll be providing that service, doing the prints in-house and send them your way.

Actual printers for purchase will come once a sustainable market exists (assuming that happens). The W1 camera and V1 frame are listed with a September 2009 launch date, as we previously heard

— price is curiously listed as TBA, but since Time already let slip a $600 estimate, take that as your ballpark estimate for the interim. 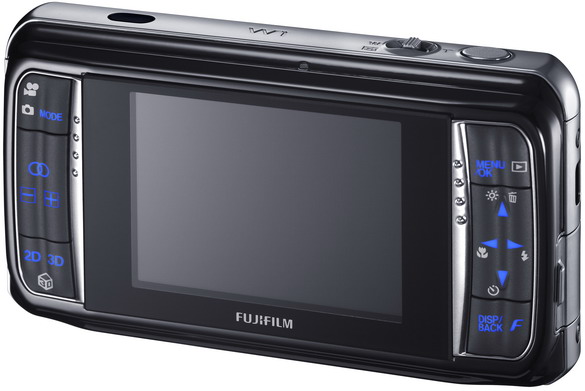