The world’s first brand of chocolate made with camels’ milk, plans to expand into new Arab markets, Europe, Japan and the United States, its general manager said Tuesday.
Martin Van Almsick said the United Arab Emirates company planned to enter Saudi Arabia first, followed by Bahrain, Qatar, Kuwait and the United States within the next few months.
The company plans to enter the Saudi market in a month through a partnership with a Jeddah-based distributor, said Van Almsick, adding the company plans to deliver the first tonne of chocolates to Saudi Arabia soon.
Al Nassma is also in talks with British department store Harrods and San Francisco’s Chocolate Covered to sell its products. 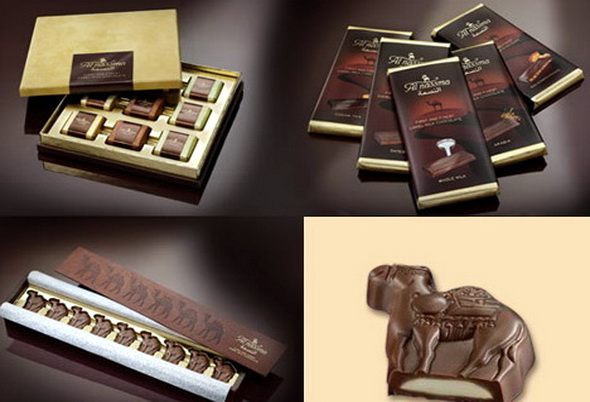 Al Nassma was formally established in October last year and aims to produce 100 tonnes of premium camels’ milk chocolate a year.
In partnership with Austrian chocolate maker Manner, Al Nassma manufactures the end product at its Dubai facility.
With 3,000 camels on its Dubai farm, the company sells chocolates through its farm-attached store as well as in luxury hotels and private airlines. It plans to launch an online shopping facility within a month, Van Almsick said. The farm is controlled by the Dubai government.
The company is set to open its second store in the UAE in one of Dubai’s large malls and is in talks with mall operator Majid Al Futtaim and others, he said.
“We aim to be the Godiva of the Middle East,” Van Almsick said in an interview. “It’s a luxury product, so we will never be in supermarkets. The plan is to be in one mall in each UAE city.”
Al Nassma is also looking at the possibility of setting up a store in Japan, where demand for the product is high, he said.
All chocolates are produced without preservatives or chemical additives with a range of locally popular spices, nuts and honey, the company says.
Camel milk contains five times more vitamin C than cow milk, less fat, less lactose and more insulin, making it a good option for diabetics and the lactose intolerant, Van Almsick said.