The California company’s recent move to become omnipresent with software “plug-ins” that let people’s online communities follow them to any website is the latest iteration to raise hackles of privacy advocates.

When Facebook users visit websites with “open graph” plug-ins, on-screen windows show which friends from the social network have gone to those pages and what they had to say about them.

While Facebook co-founder Mark Zuckerberg touted the change as part of an inevitable shift to personalized and social online experiences some see it as creepy. 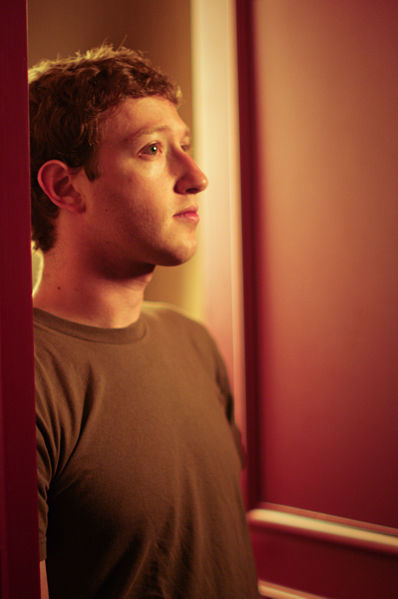 “The Web is at a really important turning point right now,” Zuckerberg said while announcing the revamped platform at an f8 developers conference in San Francisco on April 21.

“We are building toward a Web where the default is social.”

“It seems that they want to go to sites and say ‘We have this treasure trove of user information, what do you have?’,” he continued.

The online social network that boasts more than 400 million members worldwide started in 2004 as a way for college friends to stay in tune with each other.

As Facebook’s popularity soared it came under pressure to make money.

“It was very much built on ‘Here is this thing your friend liked, maybe you would like this too.'”

Facebook executives were adamant that this isn’t a money grab, saying they built no revenue component into the open graph platform.

The website’s online advertising model is expected to generate more cash as Facebook becomes a bigger part of people’s lives.

The number of websites using Facebook social plug-ins has rocketed to more than 50,000 from just 75 when the feature launched.

“Facebook is entering into business deals where the Facebook part of the transaction is user information and the other party’s part is unknown,” Opsahl said.

Even if partners didn’t pay, Facebook is leveraging its access to user information to construct business deals, the attorney argued.

Facebook made it clear that friend information in windows at websites is for users’ eyes only.

“It really has no privacy implications,” Zuckerberg said at f8. “I think this means people will be sharing less information when they don’t need to around the Web.”

Facebook users have to be signed into the service for plug-ins to trigger and sharing requires people to click on icons.

Privacy advocates worry that outside websites could get Facebook information considered public, with gradual changes at the social network forcing more user data into that category.

For example, Facebook recently linked members’ interests, such as bands or films, to “community” pages with rosters of backers deemed public.

Some suspect Facebook’s drive for a social Web is really about behavioral targeting of online advertising.

“It is about making money,” said analyst Rob Enderle of Enderle Group in Silicon Valley. “The privacy thing is secondary. Any service you get for free you are giving up something; in this case some aspects of your daily life.”

Facebook paints a picture of its members enjoying an Internet where visiting any website was akin to entering a bar where everyone knows your name or a restaurant where servers know your tastes and preferences.

“I think the exposure is pretty minimal,” Enderle said. “As far as we know, they are not selling your names to the Mafia. I think this is a tempest in a teapot. You have a choice, you don’t have to use the website.”