The U.S. Treasury Department is directing General Motors to lay the groundwork for a bankruptcy filing by June 1, even though the automaker has publicly stated it could reorganize outside of court, The New York Times reported on Sunday.
GM is operating under emergency U.S. government loans. It has been told by the Obama administration’s task force overseeing its bailout that it must cut costs and reduce its debts in order to continue to receive aid.
The White House-appointed autos task force has given GM 60 days to come up with a restructuring plan and it is trying to determine whether the automaker can be a viable company.
Quoting sources who had been briefed on the GM plans, the Times said the goal was to prepare for a fast “surgical” bankruptcy.
The newspaper said preparations are aimed at assuring a GM bankruptcy filing is ready if the company is unable to reach agreement with bondholders to exchange roughly $28 billion in debt into equity in GM and with the United Automobile Workers union.
A plan under consideration would create a new company that would buy the “good” assets of GM after the carmaker files for bankruptcy, the Times said.
Less desirable assets, including unwanted brands, factories and health care obligations, would be left in the old company, which could be liquidated over several years, according to the paper.
Treasury officials are examining one potential outcome in which the viable GM enters and exits bankruptcy protection in as little as two weeks, using $5 billion to $7 billion in federal financing, a person briefed on the matter told the Times.
The Times sources declined to be identified because they were not authorized to discuss the process. Both GM and Treasury Department officials declined to comment.
Last week, GM’s chief executive said the automaker wanted to restructure out of court, but also preparing for a bankruptcy filing. 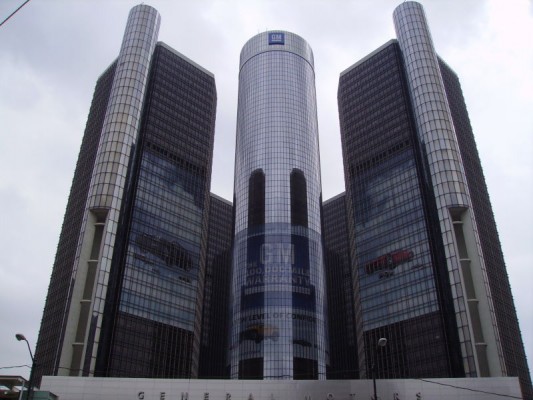