Google Buzz product manager Todd Jackson equated the enhanced offering to “an entirely new world in Gmail” during an unveiling presentation on Tuesday at the Internet giant’s headquarters in Mountain View, California.

Buzz began rolling out Tuesday with users of Google’s Web-based email service getting updates about what friends are doing online and ways to share video, photos and other digitized snippets.

Google’s move comes as a direct challenge to social-networking stars Facebook and Twitter, which thrive on enabling people to share experiences, activities and thoughts as they go through their days. 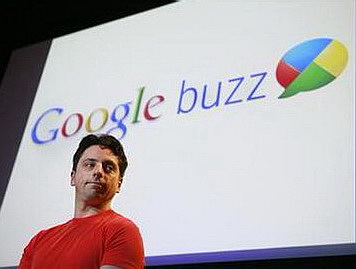 “It could render short-message sites like Twitter redundant,” analyst Rob Enderle of Enderle Group in Silicon Valley said of Buzz.

Twitter has become a global sensation by letting people share thoughts, observations or developments in terse text messages, known as tweets, of no more than 140 characters per message.

“I expect experimentation but not wholesale switching in the foreseeable future,” said Forrester media analyst Augie Ray. “Buzz could end up supplementing rather than replacing users’ other social networks for now.”

Buzz is tailored to work on smartphones, meaning users can tap into real-time posts on the move. Geo-location capabilities of smart phones let people see what those nearby are buzzing about.

“This is Google being the biggest player on the Web,” a one-stop shop for online users, Enderle said.

“If they can capture and index information as it is created then no one should be able to touch them.”

It goes beyond status updates by letting people “pull in” images, video or other data from websites including Picasa, Flickr, Twitter and Google Reader, according to Jackson.

“In today’s world of status messages, tweets and update streams, it’s increasingly tough to sort through it all, much less engage in meaningful conversations,” Jackson said.

“Our belief is that organizing the social information on the web — finding relevance in the noise — has become a large-scale challenge, one that Google’s experience in organizing information can help solve.

Yahoo! more than a year ago added Updates social features to its free email and other online services. Approximately 300 million people worldwide use Yahoo! Mail, according to the Internet pioneer.

In what could signal an escalating battle between Google and Facebook, the leading social-networking service celebrated its sixth birthday last week with changes that included a new message inbox that echoes the Gmail format.

Facebook boasts some 400 million users while Gmail had 176 million unique visitors in December, according to tracking firm comScore.