Google is finally catching up to the GIF frenzy.

Google expanding its image search tools to include a section for the animated clips.

All of your grumpy cat meme needs will now be satisfied with the addition of the “Animated” option to Google Image Search. To use it, select “Search tools” and the “Any type” dropdown menu.

The Web giant added a second filter that allows users to search specifically for clipart with transparent backgrounds (select “Transparent” under the “Any color” dropdown box).

Don’t go running to Google to immediately get your Ryan Gosling GIF fix, though. The features will roll out slowly to users over the next day or two.

The GIF has been around long before Jennifer Lawrence became the queen of infinite looped videos. According to the Google+ announcement, the animated clips date back to 1879, when Eadweard Muybridge built the zoopraxiscope — an early device for displaying motion pictures.

But it lives on today, infiltrating Tumblr and Facebook feeds, and even branching out to mobile owners. Echograph, the iOS-accessible GIF-making app that lets users turn videos into short recurring animations, was acquired last month by video-sharing site Vimeo, which agreed to offer the $2.99 GIF app for free in the iTunes App Store.

The word “GIF” even caught the attention of academics as it was named Oxford’s U.S. Word of the Year in 2012, beating out contenders like “superstorm” and “YOLO” (short for “you only live once”).

For more, see PCMag’s guide on How to Make Animated GIFs, as well as The Latest Adventures of Animated GIFs slideshow … http://www.tumblr.com/tagged/finding%20nemo%20gif

The new “animated” filter restricts your search to images that are animated, most or all of which should be GIFs. Looking for cats chasing lasers? Go ahead and search for “cat chasing laser,” hit the “images” tab of the search results, then go to “Search tools,” and then under “Any type,” click “Animated.”

Keep in mind that the images won’t animate unless you click on them (it saves bandwidth, and sanity). Yes, it’s a few extra steps, but it should save a bit of time in the end.

Google wrote about the new feature in a blog post, along with some suggested searches. 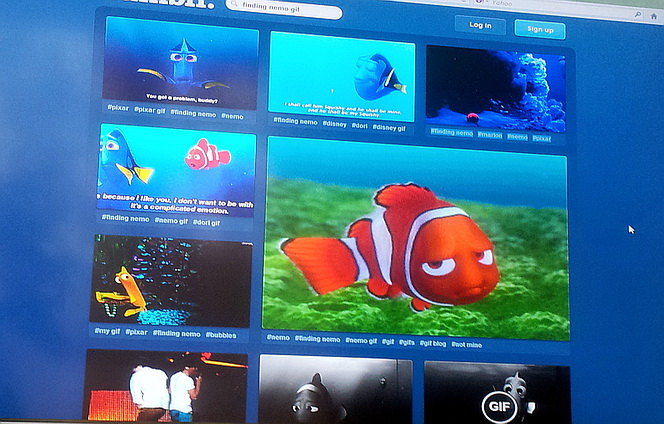 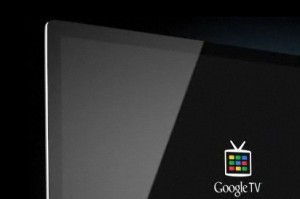 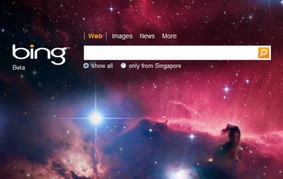