At least 12 people were killed when a lone gunman stormed an immigration center in Binghamton, near New York, taking some 40 people hostage, American media said on Friday.
CNN said that the man, who was armed with a high-powered rifle, had been found dead with self-inflicted gunshot wounds. It has also been reported that two hand guns were recovered from the scene.
Vice-President Joe Biden told journalists that “a gunman entered a building where immigrants were on an exam to obtain U.S. citizenship, he started shooting and killed from 12 to 13 people.”
“It’s time to figure away how to deal with this terrible, terrible violence,” he said.
Sky News named the shooter as Jiverley Voong, a 42-year-old male from up state New York.
A local news channel cited the Binghamton police chief as saying that the building had been secured and that everyone that was found alive had been taken out.
Five people are being treated at a local medical center for gunshot wounds.
Earlier media reported that 26 people had been wounded.
David Paterson, the governor of New York, told journalists it was “a tragic day for New York.”
The American Civic Association in Binghamton, some 140 miles from New York City, helps immigrants and asylum seekers, providing counselling and help with citizenship and domestic matters. 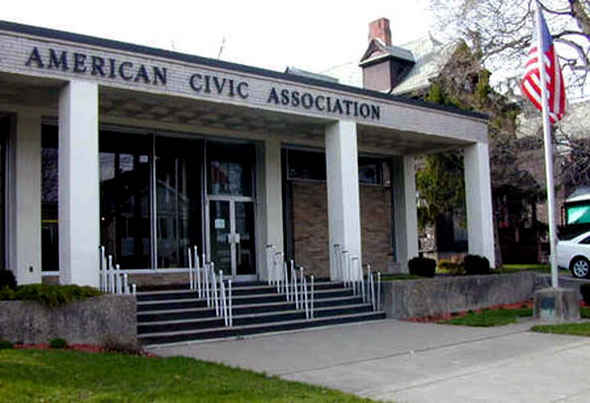