The first satellite television signal was relayed from Europe to the Telstar satellite over North America in 1962.

The first geosynchronous communication satellite, Syncom 2, was launched in 1963.

The first national network of satellite television, called Orbita, was created in Soviet Union in 1967.  And was based on the principle of using the highly elliptical Molniya satellite for re-broadcasting and delivering of TV signal to ground downlink stations.

The analog signal is frequency modulated and is converted from an FM signal to what is referred to as baseband. This baseband comprises the video signal and the audio subcarrier.

The audio subcarrier is further demodulated to provide a raw audio signal. If the signal is a digitized television signal or multiplex of signals, it is typically QPSK.

In general, digital television, including that transmitted via satellites, are generally based on open standards such as MPEG and DVB-S or ISDB-S.

There are three primary types of satellite television usage: reception direct by the viewer, reception by local television affiliates, or reception by headends for distribution across terrestrial cable systems.

Direct to the viewer reception includes direct broadcast satellite or DBS and television receive-only or TVRO, both used for homes and businesses including hotels, etc.

The broadcast center converts all of this programming into a high-quality, uncompressed digital stream.

At this point, the stream contains a vast quantity of data — about 270 megabits per second (Mbit/s) for each channel.

In order to transmit the signal from there, the broadcast center has to compress it. Otherwise, it would be too big for the satellite to handle.

The providers use the MPEG-2 compressed video format — the same format used to store movies on DVDs. With MPEG-2 compression, the provider can reduce the 270-Mbit/s stream to about 3 or 10 Mbit/s (depending on the type of programming).

This is the crucial step that has made DTH service a success. With digital compression, a typical satellite can transmit about 200 channels.

Without digital compression, it can transmit about 30 channels.

At the broadcast center, the high-quality digital stream of video goes through an MPEG-2 encoder, which converts the programming to MPEG-2 video of the correct size and format for the satellite receiver in your house.

After the video is compressed, the provider needs to encrypt it in order to keep people from accessing it for free.

Encryption scrambles the digital data in such a way that it can only be decrypted (converted back into usable data) if the receiver has the correct decoding satellite receiver with decryption algorithm and security keys.

Once the signal is compressed and encrypted, the broadcast center beams it directly to one of its satellites. The satellite picks up the signal, amplifies it and beams it back to Earth, where viewers can pick it up.

A satellite dish is just a special kind of antenna designed to focus on a specific broadcast source. The standard dish consists of a parabolic (bowl-shaped) surface and a central feed horn.

To transmit a signal, a controller sends it through the horn, and the dish focuses the signal into a relatively narrow beam.

The dish on the receiving end can’t transmit information; it can only receive it.

The receiving dish works in the exact opposite way of the transmitter.

The curved dish focuses incoming radio waves onto the feed horn. In this case, the point is the dish’s feed horn, which passes the signal onto the receiving equipment.

Ideal setup, there aren’t any major obstacles between the satellite and the dish, so the dish receives a clear signal.

In some systems, the dish needs to pick up signals from two or more satellites at the same time.

The satellites may be close enough together that a regular dish with a single horn can pick up signals from both.

This compromises quality somewhat, because the dish isn’t aimed directly at one or more of the satellites.

As the beams from different satellites hit the curved dish, they reflect at different angles so that one beam hits one of the horns and another beam hits a different horn.

The central element in the feed horn is the low noise blockdown converter, or LNB.

The LNB amplifies the signal bouncing off the dish and filters out the noise (signals not carrying programming). The LNB passes the amplified, filtered signal to the satellite receiver inside the viewer’s house.
The end component in the entire satellite TV system is the receiver. The receiver has four essential jobs: It de-scrambles the encrypted signal.

In order to unlock the signal, the receiver needs the proper decoder chip for that programming package. The provider can communicate with the chip, via the satellite signal, to make necessary adjustments to its decoding programs.

The provider may occasionally send signals that disrupt illegal de-scramblers, as an electronic counter measure (ECM) against illegal users.

It takes the digital MPEG-2 signal and converts it into an analog format that a standard television can recognize.

Since the receiver spits out only one channel at a time, you can’t tape one program and watch another. You also can’t watch two different programs on two TVs hooked up to the same receiver. In order to do these things, which are standard on conventional cable, you need to buy an additional receiver.

Some receivers have a number of other features as well.

They pick up a programming schedule signal from the provider and present this information in an onscreen programming guide.

Many receivers have parental lock-out options, and some have built-in Digital Video Recorders (DVRs), which let you pause live television or record it on a hard drive.

While digital broadcast satellite service is still lacking some of the basic features of conventional cable (the ability to easily split signals between different TVs and VCRs, for example).  Its high-quality picture, varied programming selection and extended service areas are features now seen as an alternative.

With the rise of digital cable, which also has improved picture quality and extended channel selection, the TV war is really heating up. Just about anything could happen in the next 10 years as all of these television providers battle it out.

Over the past three decades, various U.S. satellite services have come and gone or combined to form the current primary services.

In 1975 RCA created Satcom 1, the first satellite built especially for use by the then three national television networks (CBS, NBC, and ABC). Later that same year, HBO leased a transponder on Satcom 1 and began transmission of television programs via satellite to cable systems.

Owners of cable systems paid $10,000 to install 3-meter dishes to receive TV signals in C-band. In 1976 Taylor Howard built an amateur system, which consisted of a converted military surplus radar dish and a satellite receiver designed and built by Howard, for home satellite reception.

Taylor’s system could be used for receiving TV programs both from American and Soviet communication satellites.

In 1979, the Satellite Home Viewers Act allowed homeowners in the US to own and operate their own home satellite system.  Consisting of C-band equipment from a multitude of manufacturers who were making parts for systems such as Taylor Howard’s.

And began a large controversy of which channels could be received by whom.

USSB was a direct-to-home service founded in 1981.

In the early 1990s they partnered with Hughes and continued operation until purchased in 1998 by DirecTV.

The DirecTV system became the new delivery vehicle for USSB. News Corporation currently holds a 38% stake, which it is in the process of selling to Liberty Media.

In 1996, EchoStar’s Dish Network went online in the United States and has gone on to similar success as DirecTV’s primary competitor.

The AlphaStar service launched in 1996 and went into bankruptcy in 1997.

Dominion Video Satellite Inc’s Sky Angel also went online in the United States in 1996 with its DBS service geared towards “faith and family”. Primestar sold its assets to Hughes in 1999 and switched from DBS to an IPTV platform.

In 2004, Cablevision’s Voom service went online, specifically catering to the emerging market of HDTV owners and aficionados, but folded in April 2005. The service’s “exclusive” high-definition channels were migrated to the Dish Network system.

The majority of ethnic-language broadcasts in North America are carried on Ku band free-to-air.

The largest concentration of ethnic programming is on Galaxy 25 at 97° W. Pittsburgh International Telecommunications and GlobeCast World TV offers a mix of free and pay-TV ethnic channels in the internationally-standard DVB-S format, as do others. 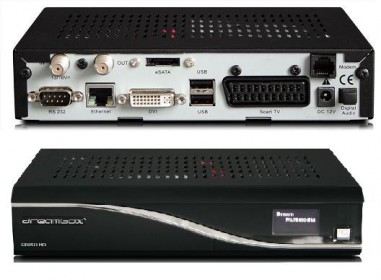 Home2US Communications Inc. also offers several ethnic channels on AMC-4 at 101° W, as well as other free and pay-TV channels.

Are available as free-to-air broadcasts, as are the three U.S.-Spanish language networks (Univisio’n, Telefutura and Telemundo).

The number of free-to-air specialty channels is otherwise rather limited. Specific FTA offerings tend to appear and disappear rather often and typically with little or no notice.

Although sites such as LyngSat do track the changing availability of both free and pay channels worldwide.

NAB TV Board chair Paul Karpowicz planned to testify before the Senate Communications Subcommittee that broadcasters would be willing to allow subscribers of distant signals to continue to do so even if the digital transition resulted in those subscribers receiving stations that they could not before.

The NAB did oppose offering new distant signals if a digital signal was available. The Satellite TV Modernization Act had to be passed by the end of 2009. The House bill also allowed Dish Network to offer distant signals.

On November 5, Senate Judiciary Committee chairman Patrick Leahy said he hoped for a “short-time agreement” on the bill passed out of committee September 24.

If the Senate approves, the House will have to approve the bill, and if the two versions cannot be reconciled, the license to import signals that expires at the end of the year could be extended.

The House version included an agreement with Echostar that, where possible.

All 210 markets could receive signals, and Echostar could once again deliver distant signals.

The Senate Commerce Committee approved a version of the the bill on November 19, without an amendment requiring local signals in all markets in three years.  Though a study would be conducted on why 30 markets still had a problem.

Before Senate approval, the two versions of the bill will have to be reconciled; the Judiciary Committee had a short market fix, while the Commerce committee bill required PBS in HD sooner