Promising technological advances are able to reproduce the functioning of the human heart.

Cardiac surgery often requires that the heart stop beating for the surgeon to handle it safely.

For this purpose, the bypass was developed, a huge machine with rollers that need at least two people to handle it during surgery to facilitate extracorporal circulation.

This concept began a scientific race to create one that is portable, permanent and can replace the human heart without causing rejection by the body into which it is placed. This is the artificial heart.

The path of blood through the heart is not difficult to understand.

The heart is a pump with four chambers: those receiving blood are the atrium, and those that send blood to other organs are the ventricles.
So we have an atrium and right ventricle and another pair on the left.

The heart pump has a dual function. It needs to send oxygenated blood to the tissues, and also returns the blood with carbon dioxide to the lungs. 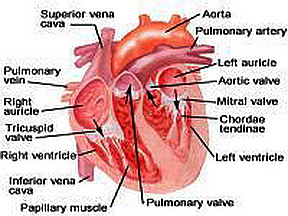 So the path of blood is as follows: passes through the tissues, right atrium, right ventricle, lungs, left atrium and left ventricle and the tissues again. The vessels that carry blood to the heart are called veins.

The arteries carry blood sent from the heart. The most important artery is the aorta, which is connected to the left ventricle. It passes all the oxygenated blood that nourishes the tissues.

This type of system is implanted within the patient’s chest (thorax).

There are two competing scientific systems to make the device, one American and one German. The German model seems more successful. 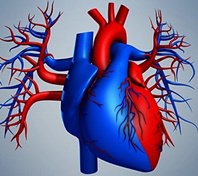 There, GmH belongs to Berlin Heart, which developed two models of the devices, one external and one internal.
The internal system is the most advanced. It is called Incor in homage to the Brazilian institute where one of the German engineers did an internship.

And it is third generation equipment, that is, its physical structure and software are much more advanced.

The first surgery done in Brazil for the placement of a device of this complexity took place four weeks ago.

It drew much attention in the room to the curiosity and joy of Dr. Adib Jatene to manipulate the ingenious gadget.

The veteran of the area compared it with a centrifuge to enrich uranium, capable of turning 80,000 revolutions per minute without making any noise.

“There are no bearings on the machine, but a spiral rotates up to 10,000 revolutions per minute, floating in a rotating magnetic field,” said Jatene.
“The advantage of using the magnetic field is that the little machine heats up and is extremely quiet, the first artificial hearts made a deafening noise.”

The Berlin Heart draws blood from the left ventricle and directly injects it into the aorta in a continuous flow, not throbbing, which reaches beyond 6 liters per minute, the amount of blood that an individual weighing 80 pounds usually needs to nourish the entire body.
We still have to evolve, but the progress of learning is shown to be promising.

One thought on “Human Heart.”