Russian scientists have reportedly made a long-expected breakthrough in science as they reached a unique lake in the Antarctic. The lake had been isolated from the world for millions of years.

Russian specialists started drilling the ice in the area of Lake Vostok more than 30 years ago. The lake lies at the depth of 3,768 meters.

No details were reported.

However, Itar-Tass said with reference to its sources that the scientists would only have to drill several more meters to reach the surface.

The agency could not confirm that the surface of Lake Vostok had been reached through the well. The work at the drilling complex continues 24/7, which gives the result of 175 centimeters of drilled ice a day.

The head of the mission, Valery Lukin, has recently returned from the Antarctic. He is going to deliver a report about the achievements of the mission at the Arctic and Antarctic Research Institute.

The discovery of Lake Vostok is one of the greatest geographic discoveries of the second half of the 20th century. The lake is 300 kilometers long, up to 80 meters wide and up to 1 kilometer deep.

The lake lies underneath nearly four kilometers of ice. Vostok is a unique ecosystem, which is isolated from the Earth’s atmosphere and biosphere. Scientists believe that the lake can be inhabited because water has all factors required for life.

The lake may shed light on the scenarios of natural changes of the climate during the forthcoming millenniums.

This season, Russia’s 57th Antarctic mission started drilling the ice on January 2. It was previously planned that the seasonal works would end once the drilling device reaches the water surface of the lake.

The specialists planned to continue the drilling in December 2012 to recover the samples of the fresh-frozen water of the lake.

Deep drilling in the area of Vostok Station in the Antarctic began during the 1970s, when no one knew about the existence of the lake.

The station was built for paleoclimatic research. In 1996, a group of Russian and British scientists discovered the lake underneath the depth of the Antarctic ice.

The lake is one of the largest fresh water reservoirs on the planet.

Afterwards, it became possible to find out more about the size, the shape of the lake, the thickness of the ice and the underwater relief.

In 1998, the deep drilling process above the lake was suspended as a result of the economic crisis. One had to drill only 130 meters to reach the relic waters of the island. There was also an ecological reason that halted the process.

They used kerosene-based anti-freezing agent for the drilling not to let the well freeze under the temperatures of nearly -90 below zero Centigrade. The agent could pollute the waters of the subglacial lake and destroy its microfauna.

Valery Lukin, the chairman of the Russian project, said that the researchers took all necessary measures to prevent the pollution of the lake. The safe technology was developed in St. Petersburg.

In 2003, Russia received the approval from the international community. The new drilling technology was particularly tried in Greenland, where climate conditions are similar.

The works in the Antarctic were resumed in 2005. 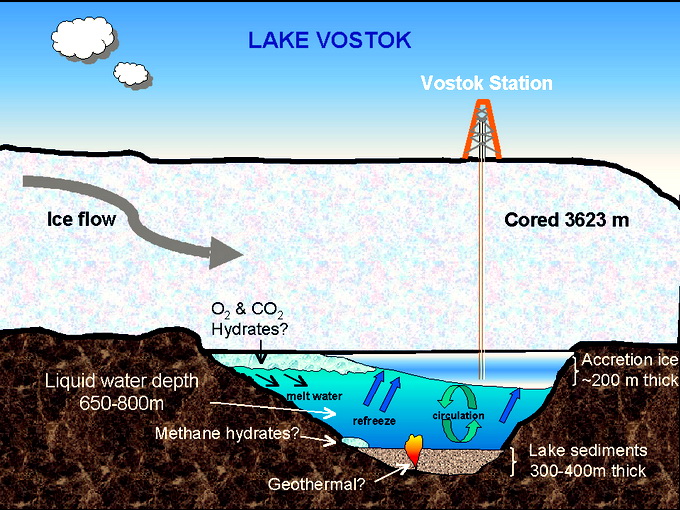 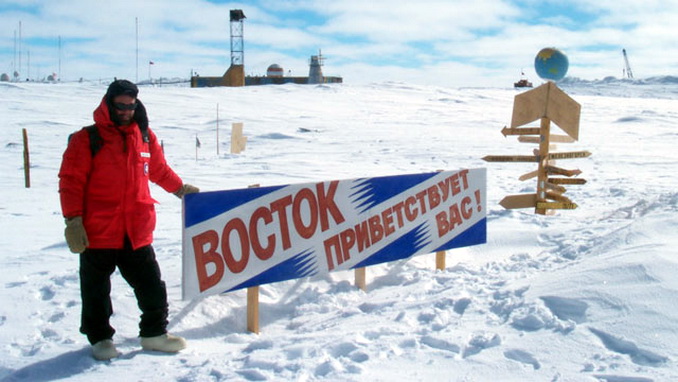