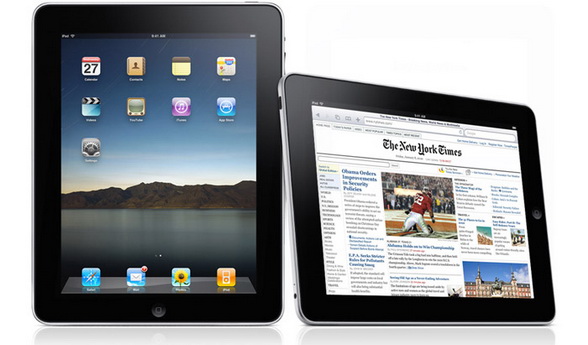 Most people view the iPad as a slick multi-media entertainment platform, but Gregg Vanderheiden, a university professor, sees other potential uses for Apple’s new touchscreen device.

“Say you have somebody who’s had a stroke, for example, and they wake up and they can’t communicate,” said Vanderheiden, director of the Trace Research and Development Center at the University of Wisconsin at Madison.

“Instead of buying a 5,000-dollar communications aid you take out your iPad and download an app and — bam! — they can communicate,”

The Trace Center helps people who are unable to speak and have disabilities to communicate and Vanderheiden is one of a number of researchers and others excited about the iPad as a relatively low-cost communications tool.

“There’s a lot of interest in the iPad,” said Karen Sheehan, the executive director of the Alliance for Technology Access, a California-based group that seeks to expand the use of technology by children and adults with disabilities.

Stroke victims, people with spinal cord injuries, cerebral palsy or ALS, a paralysing nerve disease, and children or adults with autism are seen as just some of those who could potentially benefit from the iPad.

“Anyone who’s non-verbal and needs a device to speak for them,” said Sheehan. “People with Alzheimer’s who do better with graphic-based communication boards instead of trying to search for a word.

“People with traumatic brain injury, soldiers coming back from Iraq or people who’ve been in automobile accidents.”

Sheehan said “there are a lot of powerful communications devices out there, some very good companies, but they tend to run into the thousands of dollars, which can be prohibitive for a lot of people.

“You can take the iPad and turn it into a communications device very inexpensively,” she said.

The cheapest iPad costs 499 dollars and the most expensive 829 dollars.

A company called AssistiveWare has already adapted for the iPad a communications application called “Proloquo2Go” it designed for the iPhone and the iPod Touch and is offering it for 189.99 dollars in Apple’s App Store.

“Prologuo2Go” allows people who have difficulty speaking to communicate using symbols to represent phrases or by typing in what they want to say and having it converted by text-to-speech technology into a natural sounding voice.

Sheehan said the iPad’s large touchscreen makes it potentially more useful to a wider range of people than the iPhone or the iPod Touch.

“They’re such a small area and for someone who has limited fine motor it’s hard to hit small icons,” she said. “It’s easier on the iPad to just click on an icon to say ‘I want juice,’ or ‘I want to watch a movie.'”

Joanne Castellano, the director of New Jersey-based TechConnection, which provides “assistive technology” solutions to people with disabilities, said the “avid Mac users” in her office are “chomping at the bit” for an iPad.

“They keep asking me ‘When are we getting one?'” she said.

“I’m sure we’ll get one,” Castellano said. “It seems like it would be something very useful to the community that we serve.”

“For anybody who has a reading challenge it’s useful because it has a nice feature where it reads books out to you,” she said.

Castellano agreed that the touchscreen controls are part of the attraction of the device but said some of the gestures could prove challenging to some.

“The way you have to pinch some things with your thumb and your forefinger — that movement might be a problem for some people,” she said. “But to turn the page of a book you just have to swipe it so that could be very helpful.”

Dan Herlihy of Connective Technology Solutions said he would be adding the iPad shortly to his “treasure chest” of hardware and software tools he uses to address the needs of people with disabilities.

“And I can already think of about half a dozen things I’ll run on it,” he said, touting its potential use, for example, as an educational device for children with dexterity issues.

“For some kids it’s a lot easier to just put your finger on something and drag it than it is to have to click and drag and drop with a mouse,” he said.

The Trace Center’s Vanderheiden said the iPad is a “great platform — small, inexpensive, a lot of power, a long battery,” but its greatest contribution to the needs of the disabled may be from the applications built for the device.

“They offer the opportunity for just tremendous, unprecedented innovation,” he said. “The really key part is that it’s a development platform that allows people to be creative. That’s where the power comes from.”