The Russian vodka will celebrate its birthday on January 31. Here are some interesting and funny facts about probably the most popular strong beverage in the world.

Thirty-five percent of Russians prefer vodka to all other strong drinks.

A pickled cucumber is a perfect snack to have after a shot of cold vodka. Vodka takes salts out of the body. Pickled cucumbers and cabbage normalize the hydrochloric balance in the process of drinking.

Before 1885, vodka was available in Russian stores only in 12.3-liter buckets.

Vodka must be served cold: 8-10 degrees Centigrade would be perfect. If the temperature of the served beverage is lower, the taste of vodka will be lost.

A bottle of vodka remains fresh for 12 months.

About 49 percent of Russians say that they drink vodka once a month, 37 percent – twice a month and 14 percent – once a week.

Russians aged from 46 to 55 buy vodka more frequently than Russians of other ages.

The day of January 31 is considered the birthday of the Russian vodka.

It was the day when Russian renowned chemist and inventor Dmitry Mendeleev defended his doctoral dissertation “On Combining Alcohol and Water.”

Some people say that Mendeleev’s research had nothing in common with the invention of the Russian drink, although many believe that Mendeleev’s work laid the foundation to making the 40-degree strong vodka.

There are no congeners (hangover-provoking substances) in pure high quality vodka. There are no useful substances in vodka either. Unlike cognac or whiskey, vodka does not contain antioxidants, which slow down the process of aging and destroy cancerous cells.

One liter of vodka is a lethal dose for a person weighing 70 kilograms. 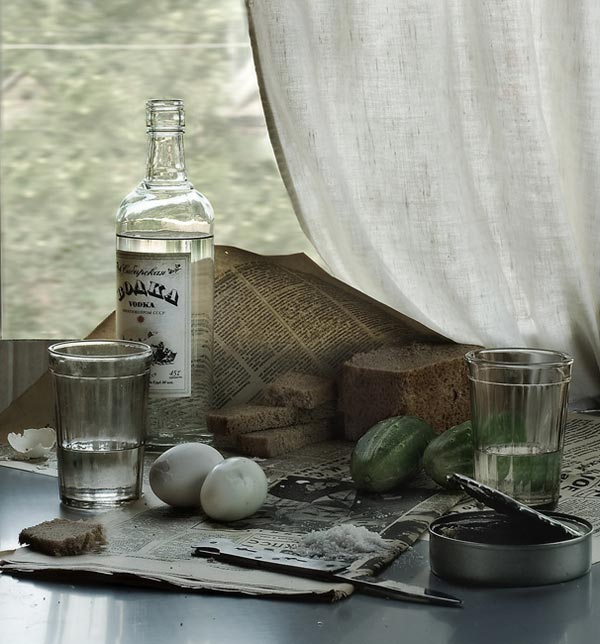