Yes, you. You, looking at this screen for hours on end, online. You, bleary eyed. You, an addict. Have you looked in the mirror lately? Been outside? Know what day of the week it is?

Your name was given to us by a spouse or family member who is concerned about your internet addiction.

At Internetaholics Anonymous, we can help. We’re a non-profit society of recovering addicts like yourself that provides support and counseling through weekly meetings designed to help
you cope with your problem.

We feature a twelve step recovery program and in extreme cases, interventions. Although it is our firm belief that you are never “cured,” you most certainly can recover.

We have designed a brief checklist to determine if you are an addict. Do you:

1) Have twitches of the hand when you walk by your terminal?
2) Check e-mail more than five times a day?
3) Spend more time chatting than eating or sleeping?
4) Surf aimlessly with no direction, if only to be online?
5) Leave your name and information at countless sites if only to hope you’ll receive a reply one day from a company you’ll never do business with anyway?
6) Log on before important personal habits, such as meal preparation, hygiene or bodily functions?
7) Have red, swollen eyes that hang halfway out of your head?
8) Spend hours online on a holiday from work, where you’d usually be griping about your carpal tunnel syndrome?
9) See smoke arising from your computer or WebTV box?
10) All of the above? 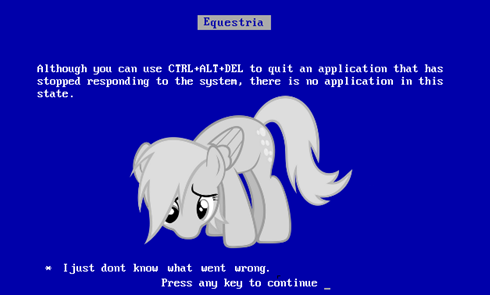 If you answered yes to four or more questions (or chose #10), you have a problem. Please call us at Internetaholics Anonymous at:
1-800-LOGOkkLLNOWFORSWEETJESUSSAKE.

We’re here, we’re free, and we’re confidential. The first step to recovery is admission that you have a problem.

Call us today.
If you can power off to free up your phone line, that is.

(from a talk by an anonymous IBM employee)

DOS Airlines – Everybody pushes the airplane until it glides, then jumps on and lets the plane coast until it hits the ground again, then push again, jump on again and so on and so on.

MAC Airlines – All the stewards, stewardesses, captains, baggage handlers and ticket agents look the same, act the same and talk the same.

Every time you ask questions about details, you are told you don’t need to know, don’t want to know, and everything will be done without you even having to know so just shut up.

OS/2 Airlines – To board the plane, you have your ticket stamped 10 different times by standing in 10 different lines.

Then you fill out a form showing where you want to sit and whether if should look and feel like an ocean liner, a passenger train or a bus.

If you succeed in getting on board the plane and the plane succeeds in getting off the ground, you have a wonderful trip …except times when the rudder and flaps get frozen in position, in which case you have time to say your prayers and get yourself prepared for the crash.

WINDOWS Airlines – The terminal is nice and colorful, with friendly stewards and stewardesses, easy access to the plane and an uneventful takeoff. Then the plane blows up without any warning whatsoever.

WINDOWS NT Airlines – Everyone marches out on the runway, says the password in unison and forms the outline of a plane. Then they all sit down and make a whooshing noise like a plane.

Windows95 Airlines – The captain has been announcing boarding plans for about a year and as soon as it’s ready you’ll be told where you are going. In the meantime you can stand at the window and crane your neck with reporters from every magazine on the continent.

UNIX Airlines – Everyone brings one piece of the airplane with them when they come to the airport.

They all go out on the runway and put the plane together piece by piece, arguing constantly about what kind of plane they are building.

Girlfriend and Wife 1.0
Last year a friend of mine upgraded GirlFriend 1.0 to Wife 1.0 and found that it’s a memory hog leaving very little system resources for other applications.

He is only now noticing that Wife 1.0 also is spawning Child-Processes which are further consuming valuable resources. 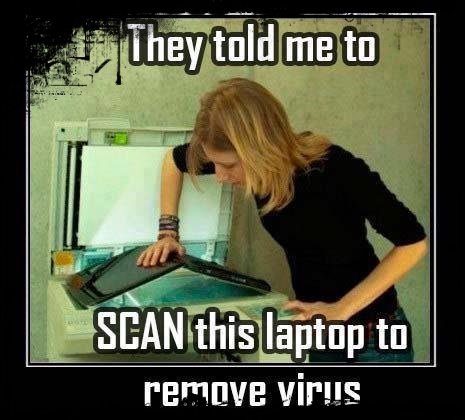 No mention of this particular phenomena was included in the product brochure or the documentation, though other users have informed him that this is to be expected due to the nature of the application.

Not only that, Wife 1.0 installs itself such that it is always launched at system initialization where it can monitor all other system activity.

He’s finding that some applications such as PokerNight 10.3, BeerBash 2.5, and PubNight 7.0 are no longer able to run in the system at all, crashing the system when selected (even though they always worked fine before).

At installation, Wife 1.0 provides no option as to the installation of undesired Plug-Ins such as MotherInLaw 55.8 and BrotherInLaw Beta release. Also, system performance seems to diminish with each passing day.

The features he’d like to see in the upcoming Wife 2.0 include:

– A”Don’t remind me again” button
– Minimize button
– An install shield feature that allows Wife 2.0 to be installed with the option to uninstall at anytime without the loss of cache and other system resources.
An option to run the network driver in promiscuous mode which would allow the systems hardware
probe feature to be much more useful.

I myself decided to avoid all of the headaches associated with Wife 1.0 by sticking with Girlfriend 2.0.

Other users say this is a long standing bug which I should have been aware of. Apparently the versions of Girlfriend have conflicts over shared use of the I/O port.

You think they would have fixed such a stupid bug by now. T

Another thing that sucks — all versions of Girlfriend continually pop-up little annoying messages about the advantages of upgrading to Wife 1.0

Wife 1.0 has an undocumented bug. If you try to install Mistress 1.1 before uninstalling Wife 1.0, Wife 1.0 will delete MSMoney files before doing the uninstall itself. Then Mistress 1.1 will refuse to install, claiming insufficient resources.

To avoid the above bug, try installing Mistress 1.1 on a different system and never run any file transfer applications such as LapLink 6.0.

Also, beware of similar shareware applications that have been known to carry viruses that may affect Wife 1.0.

Another solution would be to run Mistress 1.0 via a UseNet provider under an anonymous name. Here again, beware of the viruses which can accidentally be downloaded from the UseNet. 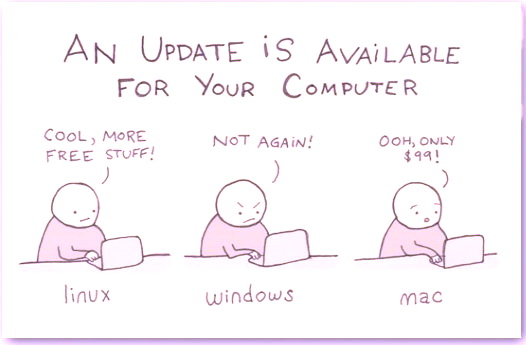 The husband finally wised up to the fact that his wife was less than faithful. He hired a private investigator to follow her and in
less than a week, had all the information that he needed on the “other man”.

The husband convinced himself that his would still be a loving and trustworthy marriage had not this S.O.B. come onto the scene.

Being a man of the 90’s and all, he decided to handle the matter in what he judged to be sophisticated and business-like
manner.

He sent the following e-mail to his wife’s lover:

Sir,
It has been brought to my attention that for some time now you have been carrying on an affair with my
wife. So that we may settle this matter in an intelligent fashion, please be at my office at 3 PM on Friday
next.

The “other man” was highly amused by the husband’s formal manner and sent off the following reply at once:

Dear Sir,
I have received a copy of your mass mailing this morning. You may be advised that I will attend the
scheduled conference in your Office’s auditorium. 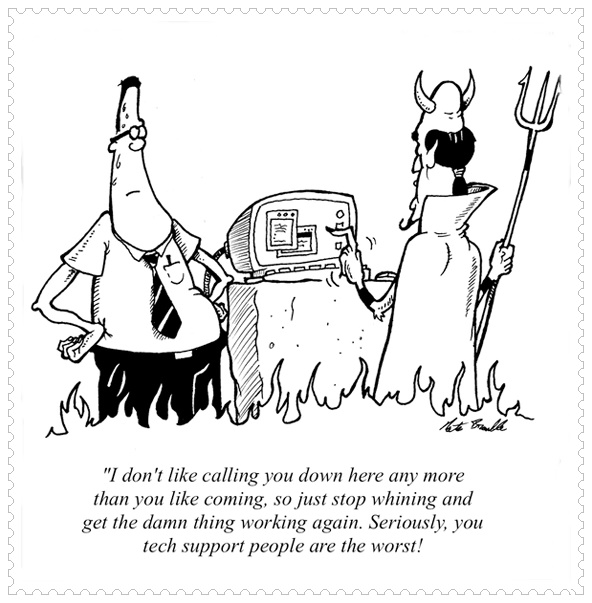 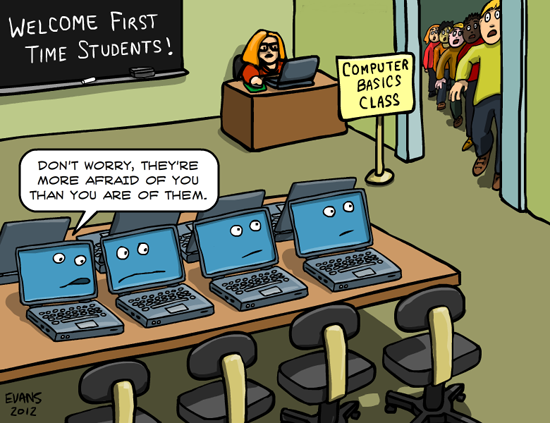 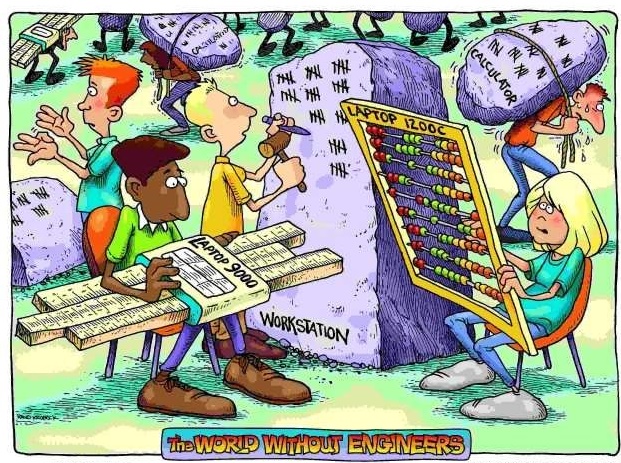 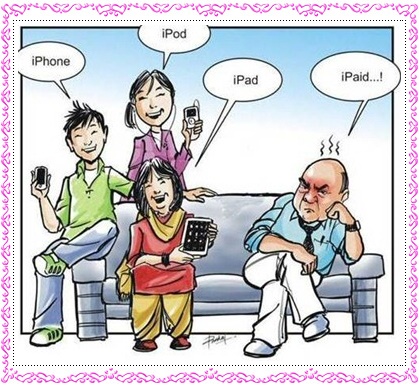 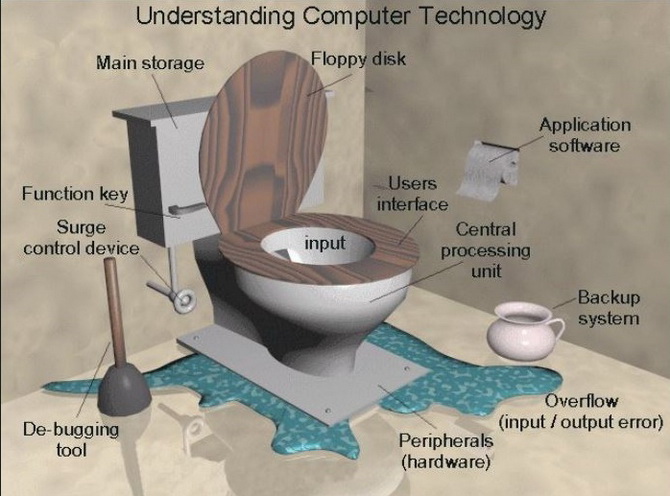 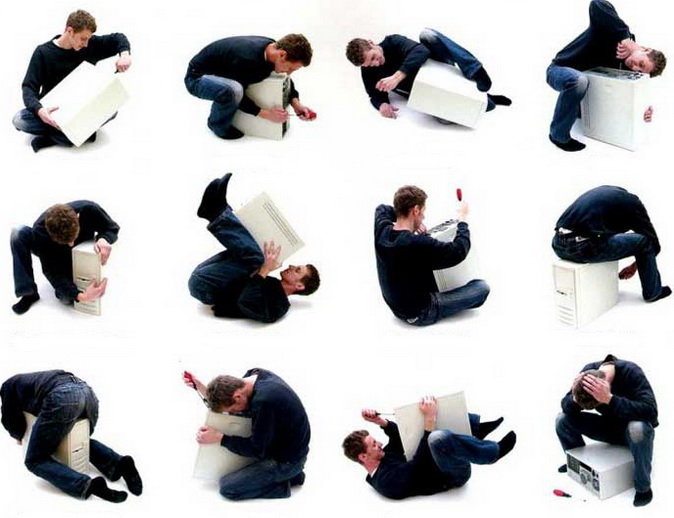 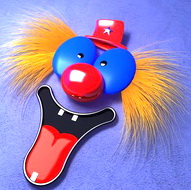 Do you have a sense of humor … is a great joke. 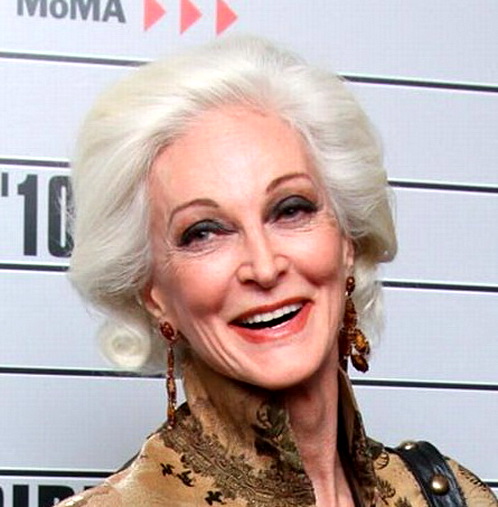