The head of a British inquiry into the Iraq War said Thursday he will call former Prime Minister Tony Blair to testify about the run-up to the conflict, but acknowledged it is unlikely that senior Bush administration officials would give evidence.

John Chilcot, a former senior civil servant, said the relationship between Britain and the United States would form a key part of his panel’s attempts to consider errors made by Britain, the US and other allies before, during and in the aftermath of the 2003 Iraq invasion.

Chilcot said that he hoped to take evidence from the “key decision makers,” but conceded that it is unlikely top officials from former US President George W. Bush’s government would join Blair in giving evidence to the independent panel.

“We certainly plan to have discussions, on as broad a basis as we can, and that must include clearly, people in the United States as well as elsewhere. Discussions and evidence sessions are not necessarily the same thing, and of course we have no power to compel witnesses here, let alone in foreign governments,” Chilcot said.

Prime Minister Gordon Brown asked Chilcot to hold an inquiry to examine the period from the Sept 11, 2001, terrorist attacks on the United States through to the current situation in Iraq, scrutinizing prewar intelligence and postwar decisions on reconstruction. 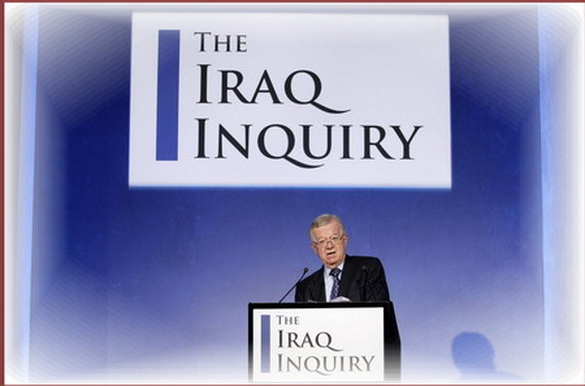 Chilcot said his panel – which includes four other officials – is likely to visit Iraq. He insisted that he expects any witness called to testify to agree to give evidence.

“That will, of course, include the former prime minister and other senior figures involved in decision-taking,” Chilcot said.

Blair’s office said that the former British leader is prepared to give testimony, and to appear in public.