The Embassy will be promoting political and economic dialogue between Latvia and Korea especially in support of Latvian businesses and cooperation with potential Korean investors, thereby facilitating access to third country markets in Asia, informed BC the Latvian MFA.

The Ambassador of Latvia to the Republic of Korea, Normans Penke, resides in Tokyo, Japan, and the Embassy is headed by Chargé d’Affaires Oļegs Iļģis. 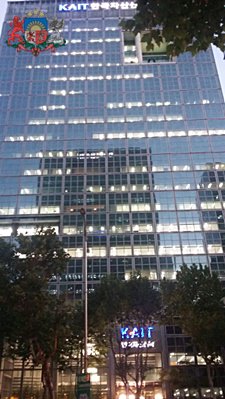 The intensity of relations between the Republic of Latvia and the Republic of Korea has increased in the last few years: a regular political dialogue is ongoing, trade volumes and people-to-people contacts are growing.

A stable legal framework has been established for business cooperation.

The EU-Korea Free Trade Agreement has been signed, the agreements between Latvia and Korea on double taxation and protection of investments are in force, and visa-free travel is in effect.

The total trade turnover of the countries amounted to 98 million EUR in 2014 and, given current trends, it is expected to exceed 100 million EUR this year.

The most significant increase has been observed in the export of timber and wood products and mineral products. Meanwhile, Latvia is actively expanding cooperation in tourism.

Diplomatic relations between Latvia and the Republic of Korea were established on 22 October 1991.

The Embassy of the Republic of Korea was opened in 2012 and is currently the only Embassy of Korea in the Baltic States.

The Latvian Embassy in Korea invites Latvian citizens and non-citizens resident in the country to advise the Embassy of their presence so that they can receive information on events related to Latvia that have been organised by the Embassy.

Messages may be sent to the Embassy of Latvia at: embassy.seoul@mfa.gov.lv.

Additional information on the Embassy of Latvia in Korea may be found on the following site.