The cave system and a part of the Green River valley and hilly country of south central Kentucky.

This is the world’s longest cave system, with more than 365 miles explored.

Blasts of cool air offered a welcome reprieve from the scorching summer as a tour group descended into the depths of the world’s longest-known cave.

Some visitors donned light jackets for the long hike past panoramic scenes of subterranean wonders. Heading underground at Mammoth Cave National Park is a sure way to escape the dog days of August.

The celebrated cave that has lured the curious for thousands of years remains a temperate 54 degrees year-round.

Each year, about 700,000 people take the short trip off Interstate 65 to visit Mammoth Cave, with the peak time coming in summer. In winter, the cave’s temperate climate gives it a balmy feel.

Tours cater to a range of visitors, from hardy adventurers to those looking for less-strenuous outings.

One tour suited for small children, the elderly and others who can’t walk long distances covers a quarter-mile and includes just a dozen stairs. Other tours cover four to five miles and put participants through vigorous workouts.

On the popular “Historic Tour,” visitors take a winding two-mile hike that leads them some 310 feet below the surface. 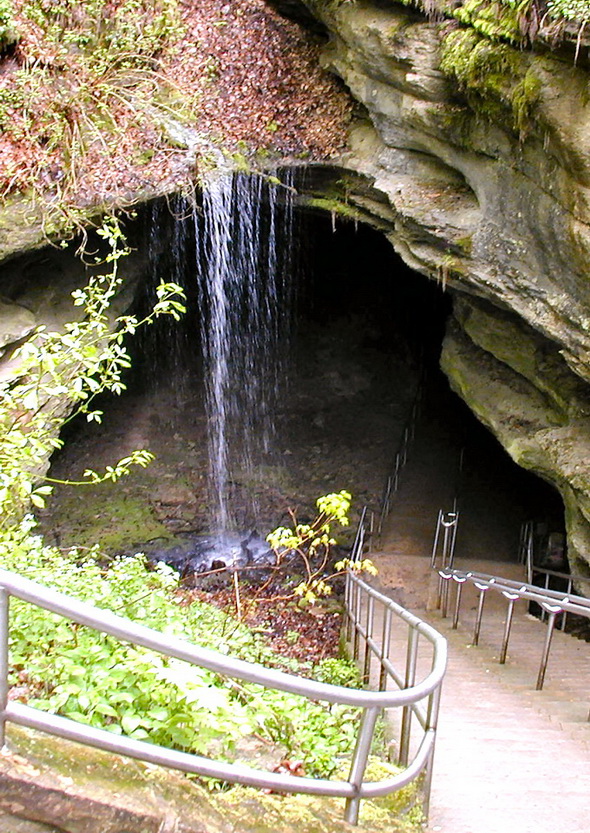 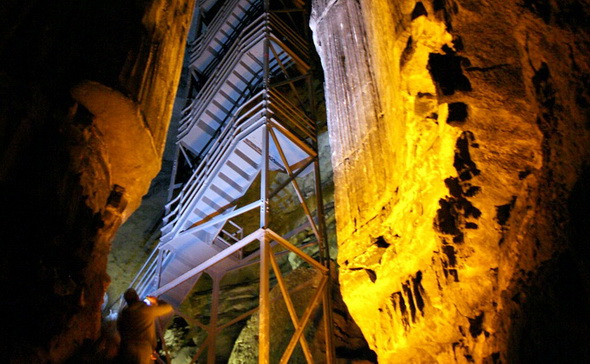 It’s not a stroll in the park. Participants have to chug up and down 440 stairs. Wide walkways leading into expansive “rooms” give way to belly-scraping paths that take a serpentine route through the rock.

Dim lighting woven along points in the cave revealed a fascinating look at the tapestry of rock formations during the two-hour excursion. 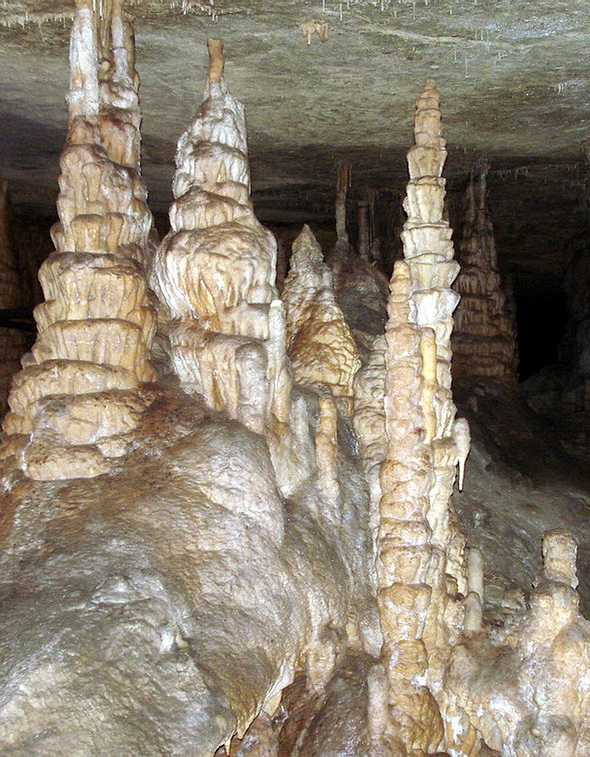 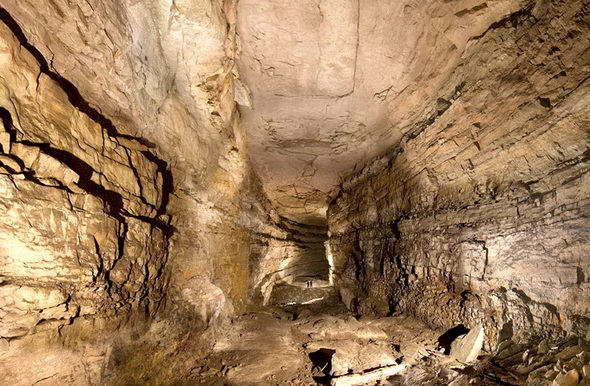 At one point, tour guide Nick Asher let visitors experience the cave in its purest form. He told them that on the count of three, they would be enveloped in darkness.

And if you’re afraid of the dark, just skip count three.

When the group opened their eyes, the only audible responses were “wow.”

“This is total and complete darkness we’re feeling down here,” Asher said as visitors soaked in the feeling of being completely cut off from the world above. “And the cave is one of the only places on earth where you can experience total silence.”

After a few moments, he flicked a small lighter that illuminated the walls and ceiling. Asher said that faint light was enough to get them back to the surface.

While the underground tours are the main attraction, there’s plenty to do on the surface as well. The park also offers boating, fishing, horseback riding, camping and walking trails amid the scenic rolling hills of south-central Kentucky.

The park is situation about 90 miles from both Louisville, Ky., and Nashville, Tenn. There are some 400 caves underneath the park, but Mammoth Cave is by far the best known and longest — some 392 miles of passageways have been mapped and surveyed.

Besides the underground sights, the visit reveals a fascinating look at the layers of human history in a place that Asher calls a “time capsule,” thanks to the temperate conditions that help keep things preserved.

“All the artifacts we’re seeing are the originals,” he said. “There are no reproductions down here.”

Evidence indicates that the area’s indigenous peoples ventured into the cave as far back as 2,000 to 4,000 years ago, apparently to scrape gypsum and other minerals off walls, said Carson, the park spokeswoman.

It wasn’t until the 1790s that Mammoth Cave was found by white settlers.

As the story goes, she said, a hunter shot at a bear that lumbered into the cave, with the man in hot pursuit.

For a time, the cave served as a valuable source of saltpeter, an ingredient for gunpowder. Mammoth Cave played a key role in supplying saltpeter for the young nation’s military during the War of 1812. The remnants of saltpeter mining are still on display in the cave.

The first tours started in 1816, as the cave attracted wealthy visitors from the Eastern U.S. and Europe.

Cave National Park has pleasant outdoors recreation, so you can have a load of fun. Playing golf is lots of fun at Shady Hollow Golf Course, and some out of the ordinary geology is available here, Chimney Stack is right here.

You’ll wish for more hours in a day to enjoy all the fun stuff at Mammoth Cave National Park. 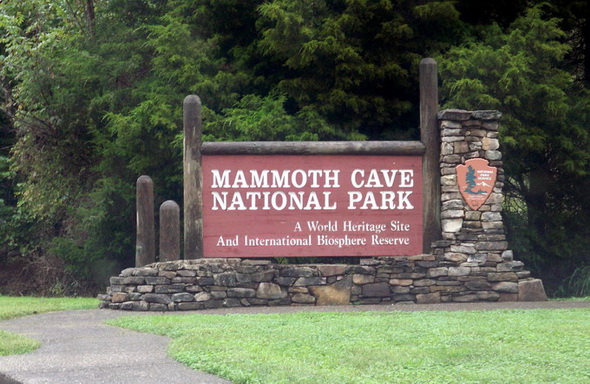