A spokesperson for the Latvian State Fire and Rescue Service said that rescuers and soldiers immediately cordoned off the territory, however, it is still not clear whether it was an asteroid or a space satellite.

“The territory has been immediately cordoned off as we still do not know what fell down from the sky.

According to preliminary information, it was a meteorite. However, it is possible that it was a [space] satellite or its fragment. A radioactive contamination is also possible,” she said.

A witness, who saw the object falling from the sky and leaving a burning trace behind, said it was making a noise similar to the one of an aircraft flying at a low altitude.

On March 2 this year, a 35-meter asteroid came within 72,000 kilometers of Earth. The size of the space rock was comparable to the asteroid that caused the Tunguska disaster, but there was no danger of a collision.

On June 30, 1908, an explosion equivalent to between 5 and 30 megatons of TNT occurred near the Podkamennaya Tunguska River in a remote region of Russia’s Siberia.

It is assumed that a huge meteorite had hit the area, although research expeditions failed to find an obvious crater. 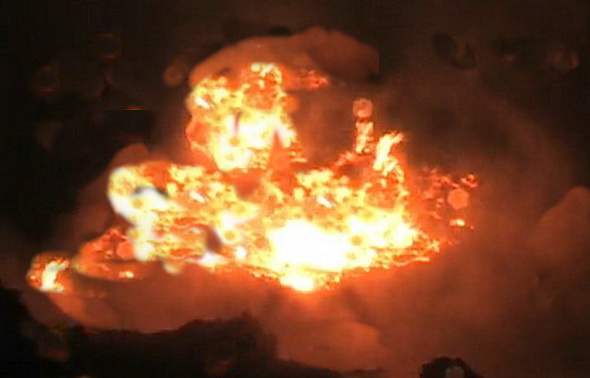 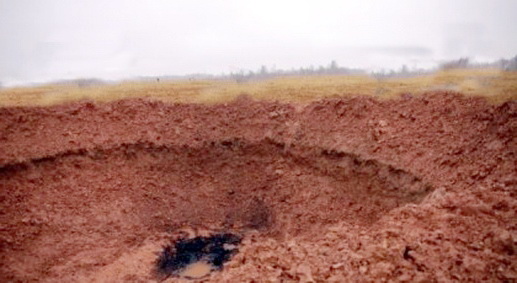 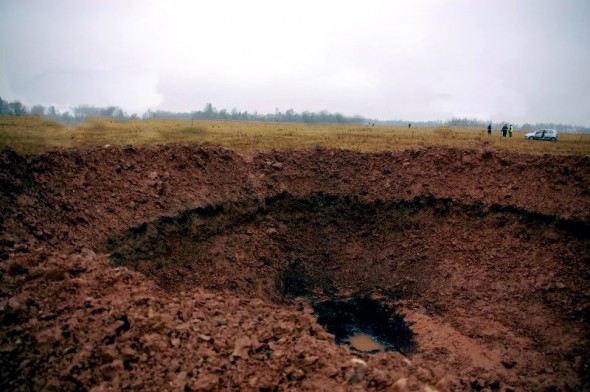 Fake crater – A mobile phone company in Latvia was slammed for staging a ‘meteorite crash’.

Tele2 said the stunt was designed to give people something ‘creative and exciting’ to talk about. But the Latvian government was not amused and said it would cut its contract with the company in protest.

Tele2 has promised to reimburse the nation for the cost of sending military units and scientists to investigate the ten-metre-wide crater.

The initial attacks on Tele2 were premature, but considering this scam emerged last week and we are still waiting for the ‘pay off’ and some genuine brand saliency, I have lost my patience. I admire the audacity of the physical stunt, but the knee-jerk defence that it was to distract attention from the country’s economic crisis is like saying The X Factor duo John and Edward are palatable because the weather has been bad.

I guess ‘special’ communication will be the roundabout justification when it comes, but it will be pretty weak in a telecoms sector where we have come to expect great things above and below the line.

A salutary lesson that for every successful stunt we praise, dozens end up lying in a pitiful crater somewhere.