Popular German pop singer Thomas Anders, who is in Moscow to promote his new solo album Good Karma, will give a concert at the Kremlin Palace on April 23.
Anders, 46, gained fame in the Soviet Union in the mid-1980s as a member of the group Modern Talking, where he performed alongside Dieter Bohlen, and he is still extremely popular in Russia.
Speaking at news conference prior to his April 23 concert, Anders said that “My show tomorrow at the Kremlin Palace will be the 10th show for me and that means that no other foreign artist ever did more shows at the Kremlin Palace.”
Anders, who has performed in the Russian capital with Modern Talking and as a solo artist, promised that tomorrow’s program would be completely different from his previous concerts, although he promised to sing some of his best known hits for his numerous Russian fans.
“A concert with Thomas Anders without ‘You’re My Heart, You’re My Soul’ wouldn’t be a concert at all… The concert changes every two years, the concept as well,” he said, adding that he will perform old and solo songs and “will sing songs from my forthcoming album.”
After Modern Talking disbanded in 1987, Anders recorded six solo albums before reuniting with Bohlen exactly ten years later.
Between 1998 and 2003, when Modern Talking again split, the duo sold over 65 million albums worldwide giving numerous concerts across the world, including eight in Russia.
Anders dismissed rumors of the band reuniting again with a definite “No.”
“We are not talking at all [with Bohlen], because we have really completely opposite lives, and there is no crossing in the way.”
When asked whether he associates himself more with his name or with the group, Anders said that “Modern Talking is a fantasy name, it is a brand, and Thomas Anders is a human being… I was a part of that group, but I do not reflect myself as Modern Talking.”
Following the second break up of the band Anders released two more albums and his new album Good Karma is expected to go on sale in August this year. 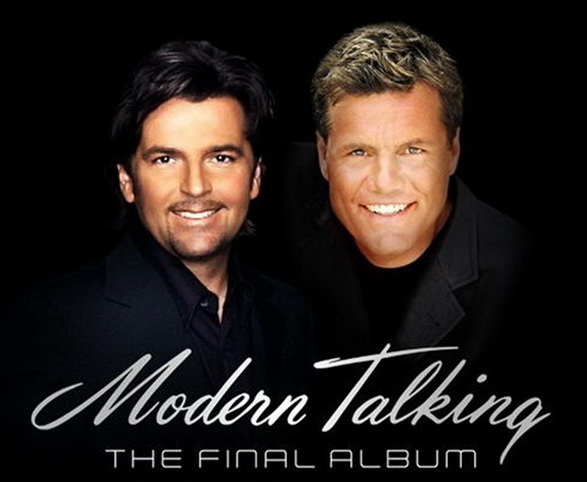