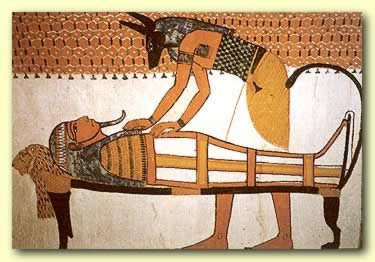 It is worthy of note that the funerals of top officials of the Soviet Union are considered the most pompous ceremonies in the world, after the funerals of Egyptian pharaohs.

The funeral of Vladimir Lenin took place on January 23, 1924. The casket with the body of the leader of the Great October Revolution was smothered in flowers. The official viewing ceremony took place for five days and nights non-stop. On January 27, the casket with Lenin’s embalmed body was placed on Moscow’s Red Square, in the Mausoleum, which was especially constructed for the purpose.

Grigory Kotovsky, a legendary revolutionary, who was assassinated in August of 1925, received a pompous funeral from the Soviet government too. A group of embalmers arrived in Odessa (Ukraine) from Moscow to work on his body for several days. After the viewing, the body was also placed in the Mausoleum which was built in Odessa to be similar to the one built in the heart of Moscow.

There were several attempts made on Lenin’s Tomb, but his body was never damaged. However, Kotovsky’s body was doomed to something worse. Occupation troops opened Kotovsky’s sarcophagus in 1941 during the Great Patriotic War and tossed his remains into a trench filled with dead bodies of executed local residents.

A funeral train slowly brought Roosevelt’s body from Warm Springs to Washington. Although copper was rationed as part of the war effort, a copper-lined coffin was built for his internment. After the funeral ceremonies his body was again placed on the train for a last ride to his home in Hyde Park, New York. The next day, the coffin was lowered into the grave, the location and the design of which was described in his will in 1937.

The burial of Joseph Stalin on March 9, 1953 was probably one of the most memorable funerals of all times in recent history. Hundreds of thousands of people came to the Moscow center to bid farewell to their chief, and hundreds or even thousands of them died in the stampede.

Stalin’s body was embalmed and placed for public viewing in Lenin’s Mausoleum, which was then called as “The Mausoleum of V.I. Lenin and I.V. Stalin.” Afterwards, on October 30, 1961, the 22nd Congress of the Communist Party of the Soviet Union ruled that Stalin’s gross desecration of Lenin’s legacy made it impossible to keep the casket with his body in the Mausoleum. Stalin’s body was removed from the Mausoleum at night of October 31, 1961 and buried in the grave underneath the Kremlin wall.

The 35th President of the United States, John F. Kennedy, was buried on November 25, 1963. It was a day of national mourning for the whole nation. The body of President Kennedy was brought to Washington, D.C. and placed in the East Room of the White House for 24 hours. On the Sunday after the assassination, his coffin was carried on a horse-drawn caisson to the U.S. Capitol to lie in state. Throughout the day and night, hundreds of thousands lined up to view the guarded casket. Representatives from over 90 countries attended the state funeral on Monday, November 25. After the Requiem Mass at St. Matthew’s Cathedral, the late president was laid to rest at Arlington National Cemetery in Virginia.

Approximately one million people lined the route of the funeral procession, from the Capitol back to the White House, then to St. Matthew’s Cathedral, and finally to Arlington National Cemetery. Millions more across America followed the funeral on television. The television audience was particularly high, as virtually the entire nation was at home viewing the proceedings.

Several influential members of the Political Bureau of the Central Committee of the Communist Party of the Soviet Union passed away one after another during the 1980s. That period in the history of the USSR received an anecdotic interpretation in numerous jokes of that time. The word combination ‘the era of pompous funerals’ traditionally designates the departure of USSR’s top statesmen: Leonid Brezhnev, Yury Andropov, Konstantin Chernenko and Politburo members A. Kosygin, M. Suslov, A. Pelshe and D. Ustinov.

All of those funerals were marked in the USSR as all-national mourning days. Leonid Brezhnev’s funeral, who died on November 10, 1982 at age 75, deserves special attention.

There was a custom during the ceremony of burying Soviet leaders: their orders and decorations were supposed to be placed on velvet pillows and carried behind the casket in the procession. The mission was traditionally entrusted to an escort of senior officers: each officer was supposed to carry a pillow with only one medal, order or decoration on it. However, Brezhnev had more than 200 of them. The authorities decided to place several orders on each pillow to find a way out of the difficult situation. As a result, there were 44 people in the officer escort.

There is also a legend, which is considered to be true, that the casket with Brezhnev’s body dropped down in the grave as it was being lowered there.

The funeral ceremony of Princess Diana attracted global attention in the autumn of 1997. Five million bouquets of flowers were laid to the Buckingham Palace, the St. James Palade and the Kensington Palace during September 1-8. All of those bouquets weighed up to 15,000 tons. At St. James Palace alone, 43 visitor books were filled out with records of condolences. Hundreds of such books were filled out in the rest of the world, although it was originally believed that only four of them would be enough.

Princess Diana was put to rest on September 6, 1997. The televised broadcast of the funeral attracted over 2.5 billion people globally.

Another historic funeral of recent times was the funeral of Russia’s first President Boris Yeltsin, who died at Moscow’s Central Clinical Hospital on April 23, 2007.

The viewing ceremony was held at Moscow’s Cathedral of Christ the Savior. Over 25,000 people came to bid farewell to Boris Yeltsin. The open casket was placed in the very center of the huge Cathedral.

2 thoughts on “Most Pompous Funeral Ceremonies …”