Indonesia’s Mount Merapi volcano in Central Java erupted again on Saturday, spewing hot ashes as high as 2 kilometers, covering up the radius of 10 kilometers around the mountain, official said.

Mount Merapi with 2,968 meters high first erupted on Tuesday, followed by renewed eruptions on Thursday and Friday, killing at least 33 people and displacing over 40,000 others.

There is no signal that the volcanic activity will decline. Mount Merapi is one of Indonesia’s 129 active volcanoes. 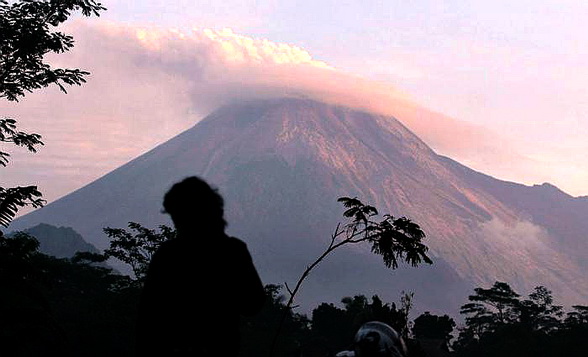 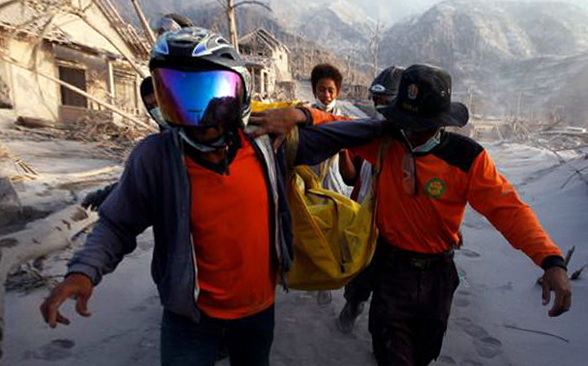 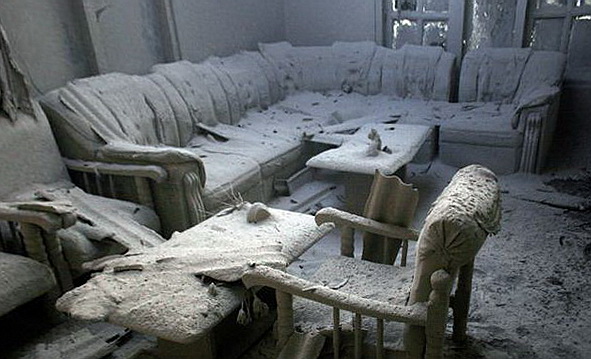 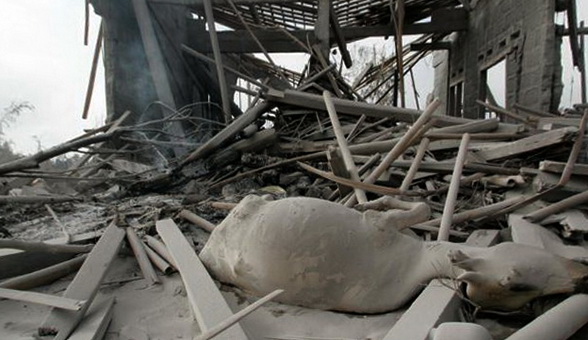 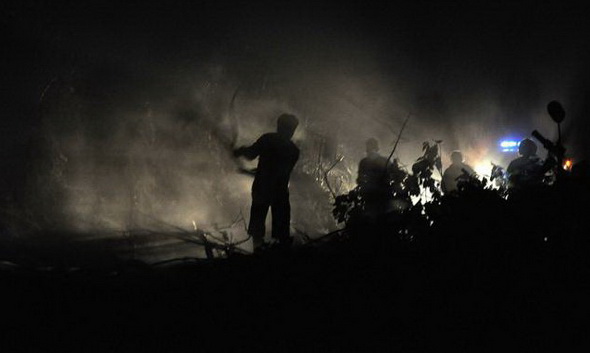 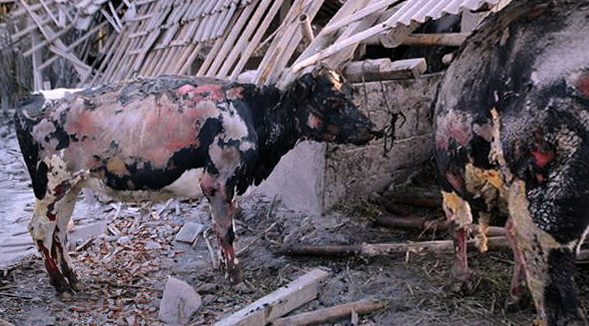 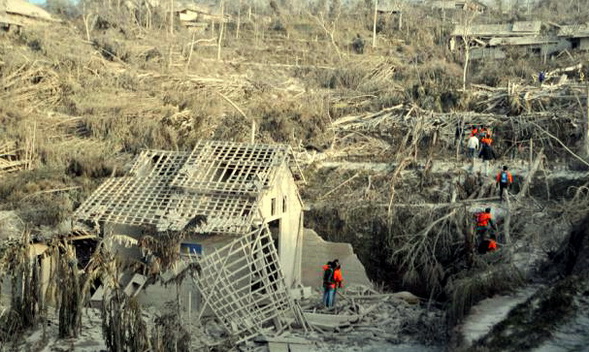 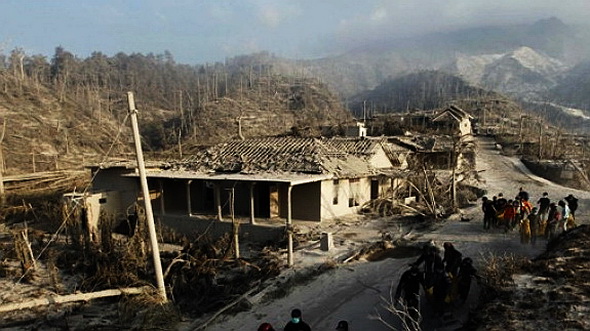 Indonesia’s most dangerous volcano forced international airlines to cancel flights to nearby airports Tuesday, as fiery lava lit the rumbling mountain’s cauldron and plumes of smoke blackened the sky.

Scientists warned, meanwhile, that the slow but deadly eruption could continue for weeks, like a “marathon, not a sprint.”

No casualties were reported in Mount Merapi’s latest blasts, which came as Indonesia struggled to respond to an earthquake-generated tsunami that devastated a remote chain of islands. The two disasters unfolding in separate parts of the country have killed nearly 470 people and strained the government’s emergency response network.

Indonesia, a vast archipelago of 235 million people, is prone to earthquakes and volcanos because it sits along the Pacific “Ring of Fire,” a horseshoe-shaped string of faults that lines the western and eastern Pacific.

Merapi — one of 22 active volcanos now on alert — has killed 38 people since springing back to life just over a week ago, at times forcing the temporary closure of two nearby airports.

Officials in Yogyakarta, the gateway to the famed 9th-century Borobudur temples visited by 1 million tourists a year, and nearby Solo, have cited poor visibility and heavy ash on the runway.

Both airports were running Tuesday, but Malaysia’s budget airline AirAsia and Singapore’s SilkAir announced the temporary suspension of several international flights because of the smoldering mountain, just 20 miles (30 kilometers) away.

There have been more than 10 large eruptions at Merapi since the first big explosion on Oct. 26, including a violent burst Monday that appeared to have eased pressure inside the crater by creating a vent for magma to escape.

A series of three much smaller eruptions followed Tuesday.

“There’s no way of knowing for sure, of course,” said Safari Dwiyono, who has observed the mountain for more than 15 years. “But based on what we’ve seen in the last few days, we’re hoping there won’t be a massive explosion. It’s looking like we’re in for a marathon, not a sprint.”

The nearly 70,000 villagers evacuated from the area around Merapi’s once-fertile slopes — now blanketed by gray ash — have been told they could be expected to stay in crowded government camps for at least three more weeks.

More than 800 miles (1,300 kilometers) to the west, meanwhile, a C-130 transport plane, six helicopters and four boats were ferrying aid to the most distant corners of the Mentawai islands, where last week’s tsunami destroyed hundreds of homes, schools, churches and mosques. The tsunami death toll stood Monday at 431, the National Disaster Management Agency said.

President Susilo Bambang Yudhoyono said relief efforts must be sped up, expressing dismay that it took days for aid to reach the isolated islands, though he acknowledged that violent storms were largely to blame.

Indonesia’s volcano in Central Java re-erupted on Wednesday, spewing hot ash by up to 1, 500 meters high and spread by up to 50 km to all direction, the death toll rose to 191, officials said.

Mount Merapi of 2,968 meters high has erupted again continuously since after midnight Wednesday, said an official at Volcanology Agency in Yogyakarta province.

“The ash spread to all direction by up to over 50 kilometers away,” he told Xinhua.

National Disaster and Mitigation Management Agency said that the number of fatality climbed to 191 people on Wednesday with 598 people suffering from serious injuries.

The number internally displaced person also rose to 343,909 people, an official of the agency told Xnnhua by phone from Jakarta.

However, the number of evacuees are less than the number of people living in evacuation zone of over 1.3 million people, according to the agency.

The volcanology agency has extended the risky zone to 20 kilometers.

KISS – And we don’t apologize for it…

Kyrgyzstan of the coup (supplement)