Yes, there are signs of recovery; yes, one individual businessman does see light at the end of the tunnel; no, the loss of jobs is not as serious as it seemed in the first place, well…any European may complete this list with his own examples. The upbeat news about the economy is presented within a wider framework of the usual trivia of traffic accidents, the private lives of celebrities, and the ubiquitous news about crimes committed by young Muslim immigrants from the mountainous regions of Northern Africa and Turkey.

What one will definitely not learn is, how the unfolding economic crisis, or rather, depression, is affecting Europe’s social fabric. Yet it is absolutely vital for anyone in Europe to be informed about what the current economic disaster is doing to his next-door neighbors, to his fellow-men in the same neighborhood, in the rest of the country and in the neighboring countries. It is vital to know what is going on because very soon, most Europeans will probably have to face similar problems. These will eventually have an impact on the entire continent and drastically change its face for years to come. So far, the effects are absolutely devastating and beyond what anyone would have thought possible even a year ago.

Would you believe that half a million people in Spain go hungry? That their situation is so bad they are actually receiving food aid from the EU? These and other shocking facts are to be found in a publication called “The economic crisis and its humanitarian impact on Europe—Testimonies from the Red Cross Red Crescent,” recently published by the Red Cross Red Crescent. It is the first publication that gives an idea of the effects of the current crisis. Since it is just a first step in an effort to determine the extent and scope of what is going on, most of the information is still unquantified. Nevertheless, the report is deeply disturbing, not to say alarming. 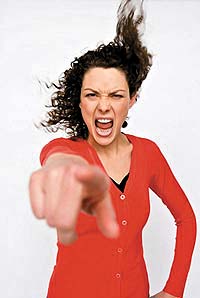 Unemployment is on the rise everywhere. Youth unemployment in the EU stands at an average 20%. In the EU alone, some 50 million people are “currently vulnerable due to unemployment; and this does not take into account those that are not looking for work.” Vulnerability can be translated as being exposed to homelessness and hunger. The vulnerability has only increased and will continue to increase, due to governments cutting the budgets for welfare, health care, subsidies and other payments to the socially weak. In other words, those who are so far hardest hit by the crisis are your colleague who lost his job, your old grandmother, your sick uncle, your infant niece, your adolescent nephew who dropped out from school. When will it be your turn to be thrown out of your comfortable middle class existence?

Many middle class Europeans literally become ill from worrying. Many are losing sleep at night, many are taking to drink or drugs and still others are in need of psychiatric treatment. There are already many in the middle class who cannot pay the electricity bills, the heating bills, the telephone bills. Many families are being cut off from utilities and no doubt more will follow. In some countries, such as Hungary, special aid programs have been started to help pay people’s heating bills or their mortgages.

In the US, millions have been thrown out of their homes for not being able to pay the mortgage. Thus, outside most US cities and towns, the new homeless are now living in tents. So far, this phenomenon does not seem to have hit Europe but, do not worry, it will soon.

Whereas support for the EU poor and indigent is slow in coming and piecemeal, being left largely to the Red Cross, the Church and assorted charities, support for fraudulent and incompetent banksters has been massive.

The aggregate bailout for banks in Europe is estimated at roughly three trillion Euros, a figure as big as the entire gross national product of Germany, Europe’s biggest economy. Nor has the banking problem been solved by this generous funding. According to a February report in the Daily Telegraph, European Banks are still sitting on some 18 trillion Euros in toxic assets (as big as the entire EU GNP). One could go adding to this the lesser but still impressive amounts wasted on other items, such the millions of Euros spent on the criminal colonial war in Afghanistan, the lavish tax breaks for multinational corporations, the billions spent on policies and techniques to halt global warming (which is really a hoax as any thinking person should know), the billions spent on acquiring untested, dubious swine-flu vaccines…the list can be extended endlessly.

The discrepancy between the waste of astronomical sums of hard-earned taxpayer Euros and the minimal funds allotted to the poor and helpless can only be qualified by one word: shameless.

Moreover, what most people fail to realize is that all the money spent on banks, bonuses, wars, junkets and hazy schemes, has to come from somewhere. All of this at a time there is negative economic growth. Anybody even remotely familiar with economics will tell you that when the amount of money in circulation is increased at a faster rate than the growth of the economy, inflation will be the result. Although most of today’s governments cannot resist the temptation to fiddle the data, manipulating things like inflation rates, the truth will somehow always come out. In other words, do not give credence to the official data on the economy and inflation.

It does not take a genius to figure out what will be a major result of the present erroneous policies: increased social misery, increased social tension, more insecurity and more crime. All the more so since there aren’t any signs of recovery. Just keep in mind that international shipping has virtually ceased and that activity in Europe’s main ports has dropped dramatically. Really, it is going to be a long wait for recovery to even begin. And it only remains to be seen whether recovery—if it comes—will lead to a restoration of pre-crisis living standards.

Meanwhile, both the EU and its member state governments are spending billions of Euros to spy on their citizens and to devise even craftier ways of finding out what each individual citizen is thinking. Remember, every single EU citizen is assumed to be a terrorist. Not since the days of Metternich and Guizot have so many European governments been so afraid of their citizens. It would seem government paranoia is justified. Most people in the EU are angry at their governments, angry at the Brussels eurocracy. Many are even boiling with rage. The British secret service now regards the middle class as potentially revolutionary and the most dangerous to the existing order

If history shows anything it is that it is impossible to continue governing without the consent of the majority. The history of rebellions and revolutions shows that these tend to break out when key sections of the population are afraid to lose their livelihoods, like today’s European middle classes. There is no reason why these rules would suddenly have lost their validity. Hans Vogel : “Change may be coming sooner than most people think.” 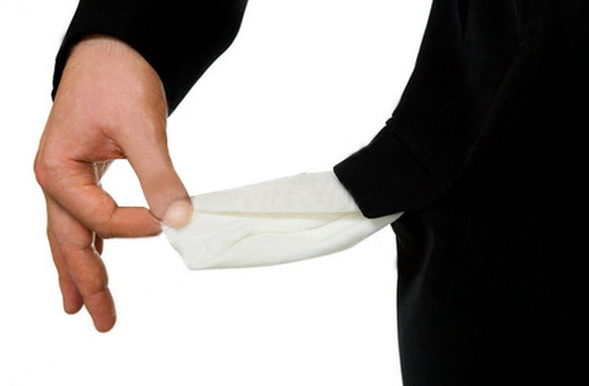 If Rihanna is pregnant.