Turkey and five European Union countries will sign a landmark agreement on Monday aimed at reducing Europe’s reliance on Russian energy by running a gas pipeline from the Caspian Sea region to the EU via Turkey.

The United States, which is backing the Nabucco project alongside the EU, said it does not object to Russia’s participation but claimed Iran should be excluded until it improves its ties with the West. Washington said the pipeline that will carry Central Asian and Mideast gas to Europe through Turkey and the Balkans would “help invigorate Europe” and strengthen U.S. allies.

The prime ministers of Turkey, Austria, Bulgaria, Romania and Hungary will sign the intergovernmental deal to allow the Nabucco pipeline to cross their territory. It will be built by a private consortium. 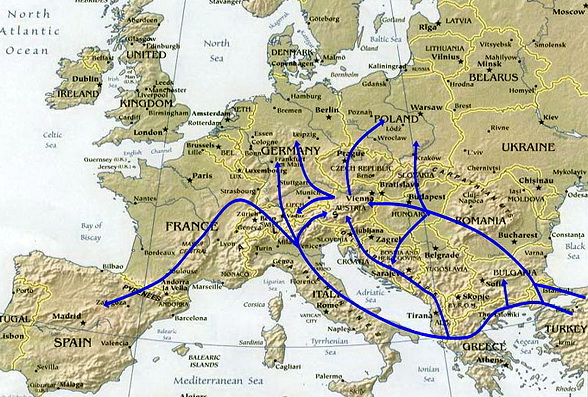 “The most important word in Europe is energy security,” said Austrian Chancellor Werner Faymann ahead of the signing ceremony. “In the past supplies were taken for granted, but … it is clear that those days are now over.”

Although Europe will most likely remain to some extent dependent upon Russian supplies, the project would alleviate problems such as the sudden shut-off in deliveries witnessed earlier this year. Russia provides over a quarter of Europe’s gas, and 80 percent of that moves over Ukraine’s pipelines. The volume of gas from Nabucco in the best case will be no more than 5 percent of Europe’s consumption.

The projected pipeline would bypass both Russia and Ukraine, making Turkey an alternative energy route between Central Asia and the Middle East to Europe, potentially enhancing Turkey’s hand in overcoming stiff EU resistance to letting it into the elite club of nations.

Turkey’s Energy Minister Taner Yildiz said the project “can be used as a stimulant” in Turkish-EU relations.Both Morningstar and U.S. Senator Dick Lugar said they were confident that the pipeline would find sufficient gas, citing Azerbaijan, Turkmenistan and eventually Iraq as possible suppliers.

Turkmenistan on Friday said it is prepared to provide natural gas to the project while Azerbaijan signaled a possible contribution. Iraqi Prime Minister Nouri Al-Maliki and Georgian President Mikhail Saakashvili also attended the ceremony before the signing.

“Russia can participate as a partner,” he said. “We’re trying to engage with Russia in the energy area. We don’t want to see a zero-sum game.”

However, Morningstar said Iran should be left out of the project until it improves its ties with Europe and the U.S.

“We don’t believe Iran should be a participant,” he said. “We have reached out to Iran. So far we have not had any positive response.”

Morningstar said if Iran cooperates over its controversial nuclear program, “then one of the benefits would be for Iran to benefit from the energy sector.”

Turkey’s Prime Minister Recep Tayyip Erdogan said Qatar is welcome to export liquefied natural gas to a Turkish facility, which will then convert it and pump the gas to Europe through the Nabucco pipeline, which has a 31 billion cubic-meter carrying capacity.

The 2,050-mile (3,300 kilometer) projected pipeline would run from the Caspian Sea across Turkey to Austria and involves investments of €8 billion ($10.26 billion), according to EU data.

Moscow, meanwhile, is pushing hard for alternative pipelines to Europe for its own gas — the so-called Nord Stream through the Baltic Sea to Germany and the South Stream through Bulgaria. Just two weeks ago, Russia clinched a major natural gas deal with Azerbaijan to buy 500 million cubic meters of gas annually starting next year, striking a blow to European efforts to supply the Nabucco pipeline.