Major airlines are slashing prices and grounding planes to remain profitable in the tough global economy. But a group of investors believe that the time is ripe to launch a new airline offering flights between New York and St. Petersburg. Baltia Air Lines has won approval from the U.S. Transportation Department to provide nonstop service between New York’s John F. Kennedy International Airport and St. Petersburg’s Pulkovo 2 Airport, and the flights will start this summer, the airlines chief executive, Igor Dmitrowsky, told The Moscow Times.

The airline will initially offer the round-trip flights once a week on a Boeing 747, later expanding to three days per week and then five days per week, Dmitrowsky said. The eight-hour flight will be the first direct connection between St. Petersburg and any city in North America, which Dmitrowsky sees as an unfilled niche that will give the airline an advantage.

Dmitrowsky said the economic downturn would also make Baltia competitive. “Frankly, these are the best of times for us. The fuel price has gone down dramatically, and the other costs are not so extreme,” Dmitrowsky said by telephone from New York. “Can you imagine if we were living in an era where Pan Am was flourishing along with other major airlines with no debt?” he said. “We would have such a hard time breaking into the market and an even harder time staying afloat.” Baltia intends to offer three-class service in its aircraft, which will feature a white fuselage with a red tail emblazoned with a white rooster, representing punctuality.

The airlines currently offering direct flights to the United States – Aeroflot, Delta Air Lines and American Airlines – provide two-class service. A fourth carrier, United Airlines, will start flights to Russia next Sunday after postponing the Washington-Moscow route last year because of high fuel costs. Oil prices have dropped from a high of about $150 last summer to around $50 last week.

But the financial crisis has since enveloped the global economy, discouraging business and leisure travel and forcing airlines to cut prices and capacity. Last week, United Airlines slashed prices to mark the start of the new daily flights between Washingtons Dulles Airport and Moscows Domodedovo Airport.

Sample fares on the airlines web site show one-way tickets to Moscow via Dulles costing $119 from New York and $167 from Los Angeles. The tickets must be purchased by Thursday, and travel is between March 29 and April 30. Several other airlines dropped their prices below $500 for round-trip flights to Moscow last week, said Rick Seaney, chief executive of FareCompare.com. Seaney linked the price cuts to the crisis.”You have to understand that this is an absolutely crazy airfare environment,” he said in a column on the ABC News web site.

“The airlines are trying to fill up their planes, but people are procrastinating – while others just arent flying. … So we get the yo-yo price game: When nobodys buying tickets, prices take a dive.” He said he found American Airlines offering one round-trip fare of $205 from Baltimore to Moscow.

Baltias’ ticket costs will remain “along the lines of the current price structure on carriers with connecting services,” Dmitrowsky said.But Baltia’s web site is already promoting a host of discounts to students, seniors and youth. During the first month of service, all passengers will receive 25 percent off the ticket cost, and the first 300 passengers to book flights will receive a free ticket for future use.The date for Baltia’s inaugural flight remains to be set, pending approval of its air certification documents from the Federal Aviation Authority, Dmitrowsky said. He said approval was expected within three months.

The airline, based in Rego Park, New York, will start service with a single 747.It hopes to start nonstop flights between New York and Moscow, Kiev, Minsk and Riga next year. Dmitrowsky, a U.S. citizen born in Riga, founded a kefir company in 1979 and led it to a public offering in 1986. He has financed several aircraft and automotive projects, but his dream for nearly 15 years has been to launch Baltia.

Baltia’s shares, which trade on the “over-the-counter bulletin board” electronic system, closed up 20 percent at $0.04 on Friday after seeing a 52-week low of $0.01 on Nov. 12 and a high of $0.07 on March 24. Dmitrowsky faces an uphill battle. Airlines could lose more than $2.5 billion in 2009 after cargo volume dropped by 23 percent and passenger traffic fell by 5.6 percent in January, the International Air Transport Association said last week.

Aviation industry insiders questioned the wisdom of United Airlines plans to fly to Russia when they were announced last year, noting that flights between Moscow and the United States were rarely filled. United Airlines said at the time that planes on the Moscow flights would carry a combination of passengers and freight, making the route profitable. American Airlines started flights to Moscow from its home base in Chicago last year.

Delta has been flying between Moscow and two U.S. cities, New York and Atlanta, for years. 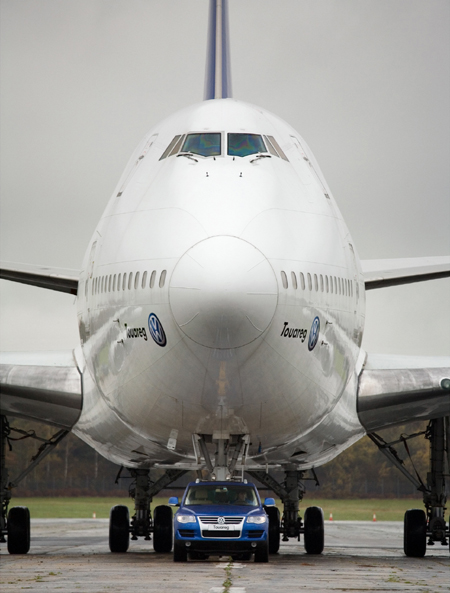