Matthias Warnig, Managing Director of Nord Stream AG, and EU Energy Commissioner Andris Piebalgs in July 16 confirmed the importance of the Nord Stream gas pipeline to EU energy security.
Nord Stream updated the Commissioner on the latest developments in the permitting process for Nord Stream. The project has made significant progress, and it is expected that the five national permits required will be granted by the end of 2009, with construction of the pipeline due to start early next year. Matthias Warnig also welcomed the signing of an international agreement that should pave the way for the Nabucco pipeline. Nord Stream and the European Commission agree that Europe needs new energy supply routes, particularly for natural gas. “The European Commission has always been favourable to Nord Stream. With the progress being made in this project, and the recent signing of the Inter-Governmental Agreement on Nabucco, the EU is taking crucial steps towards securing energy supplies for the future. These projects have the full support of the European Commission,” said Andris Piebalgs, EU Energy Commissioner. “If we want to close future gas supply gaps in Europe, then we must increase investment in energy infrastructure development. Nord Stream will have a significant impact in meeting demand in a number of EU countries,” said Matthias Warnig, Managing Director of Nord Stream AG. Nord Stream and Nabucco will both make an important contribution in countering impending undersupply in European gas markets. Nord Stream believes that a number of planned infrastructure projects, including Nabucco, other gas pipelines and renewable energy projects, are all necessary to meet future European energy demand. 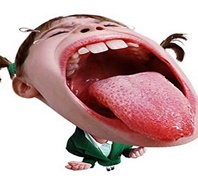 Is it genetics or is it upbringing, aggression.