“The sheer improbability of this victory is part of what makes D-Day so memorable,” Obama said. 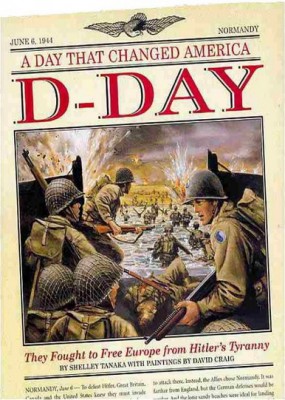 He spoke under a sunny sky at the American Cemetery on cliffs overlooking Omaha Beach and other landings sites where American, British and Canadian soldiers established a beachhead 65 years ago under the withering fire of Nazi troops awaiting the Allies’ cross-channel gamble.

Obama visited an American battlefield museum with his wife, Michelle; laid a wreath in honor of the fallen; greeted U.S. military members; and mingled with uniformed World War II veterans.

Normandy’s cliffs, still pocked with gun emplacements and other remnants of the war, including the white headstones of thousands of buried American troops, provided sure footing for a new U.S. commander in chief. Obama noted that the site has been visited by many U.S. presidents and predicted that “Long after our time on this Earth has passed, one word will still bring forth the pride and awe of men and women who will never meet the heroes who sit before us: D-Day.”

He said the lessons of that pivotal effort are eternal.

“Friends and veterans, what we cannot forget — what we must not forget — is that D-Day was a time and a place where the bravery and selflessness of a few was able to change the course of an entire century,” he said.

Speaking at a time when he is directing wars in Iraq and Afghanistan — both of which have lasted longer than the U.S. involvement in World War II — Obama described in stark terms the harsh conditions the Allied invaders faced at Normandy. He noted that in many ways the seaborne invasion plan went awry, leaving the assaulting forces vulnerable to Nazi guns in their path.

“When the ships landed here at Omaha, an unimaginable hell rained down on the men inside,” he said. “Many never made it out of the boats.”

But the Allies prevailed, gathering strength for a breakout from Normandy in July that opened a path toward Paris and eventually took the Allies all the way to Germany and victory over the Nazis. Obama paid tribute to the Allies — the British, the Canadian, the French as well as the Russians, “who sustained some of the war’s heaviest casualties on the Eastern front.”

“At an hour of maximum danger, amid the bleakest of circumstances, men who thought themselves ordinary found it within themselves to do the extraordinary,” Obama said. “They fought out of a simple sense of duty — a duty sustained by the same ideals for which their countrymen had fought and bled for over two centuries.”

Obama noted that his grandfather, Stanley Dunham, arrived at Normandy six weeks after D-Day and marched across France in Lt. Gen. George S. Patton’s army. Attending with Obama was his great uncle, Charles Payne, who was part of the first American division to reach and liberate a Nazi concentration camp that Obama and his great uncle visited in Germany on Friday.

Obama saluted the contributions of individual veterans of the Normandy landings, including one veteran, Jim Norene, who fought as a member of the 101st Airborne Division.

“Last night, after visiting this cemetery for one last time, he passed away in his sleep,” the president said. “Jim was gravely ill when he left his home, and he knew that he might not return. But just as he did 65 years ago, he came anyway. May he now rest in peace with the boys he once bled with, and may his family always find solace in the heroism he showed here.” 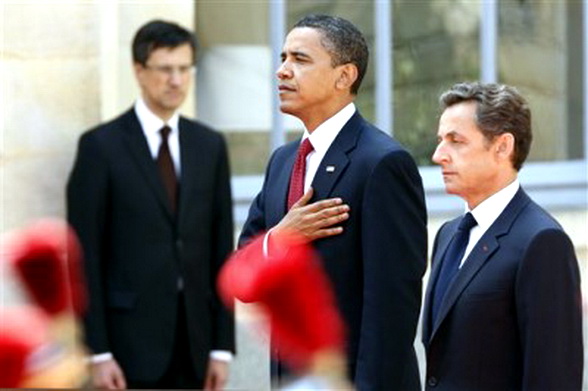