Barack Obama can expect a mixed reception when he arrives in the Czech Republic on Saturday for a U.S.-EU summit as Czechs wait to protest U.S. plans for a missile shield in their country. The president was the main attraction at the G20 summit in London and with his wife, Michelle, the star guest of French President Nicolas Sarkozy and Carla Bruni-Sarkozy in Strasbourg before the NATO 60th anniversary summit. But although Obama goes to Prague for an EU meeting – the Czech Republic holds the European Union’s six-month rotating presidency – the main issue for the Czechs is likely to be the radar base for the planned missile defense system. Thousands of people are expected to protest on Sunday against the plans, which are opposed by 70% of Czechs according to opinion polls, and Obama will receive a protest letter signed by 130 political and national personalities, including 40 members of parliament. Although deals on the base and its staffing were signed by the Czech government and the Bush administration, the parliament has yet to ratify the treaties, and the issue has been taken off the agenda following the fall of the Czech government last month. According to the Czech Social Democratic Party, its leader Jiri Paroubek is one of the signatories, and the former Czech prime minister could return to the post when voters elect a new parliament. But even the current leadership offers the prospect of a lukewarm welcome. Prime Minister Mirek Topolanek, whose government lost a no-confidence vote in March, has called Obama’s stimulus package a “highway to hell,” while outspoken President Vaclav Klaus is renowned for courting controversy, particularly over the European Union and climate change. So perhaps it is no surprise that Obama will follow his recent domestic playbook and attempt to talk directly to the Czech people, using an open-air address in front of Prague Castle to make the case for U.S. foreign policy and military cooperation in Afghanistan. It is not known if the president will touch on the issue of the missile shield, but the Czech public will be listening carefully. Those unable to get tickets from the U.S. Embassy will be able to watch the event live on a big screen in the center of Prague. The missile defense system, which comprises a radar in the Czech Republic and 10 interceptor missiles in Poland, has long been controversial. President George Bush worked hard to reach agreement on its deployment, with concerns about upsetting Russia central to the reluctance of Prague and Warsaw. Russia has consistently opposed the missile shield as a threat to its national security while the United States says it is needed to deter possible strikes from “rogue states” such as Iran. Top Russian officials have repeatedly expressed their hope that the new U.S. administration will not follow through with the plans, and President Dmitry Medvedev said following talks with Obama on Wednesday that both countries would make every effort “to find a way out of this difficult situation.”
en.rian 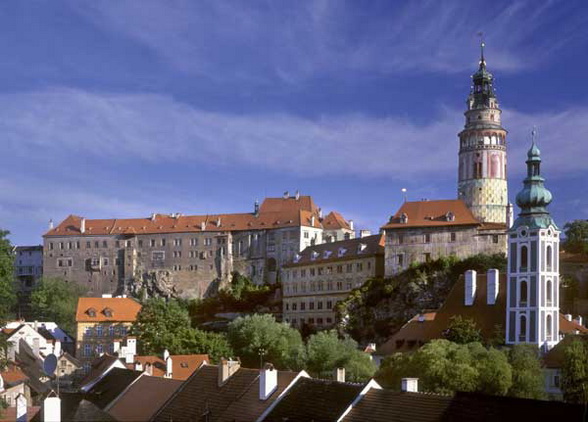