Millions of unemployed American workers are heading for a very bleak 2011. Unless Congress acts, and there is no indication that is going to happen, approximately 2 million Americans will stop receiving unemployment checks over the next couple months.

Much of American families are heading into 2011 knowing that either they won’t be seeing an increase in income or that their incomes will be smaller next year.

Long-term unemployment benefits are being cut off for millions of Americans, federal workers are having their wages frozen, Social Security recipients are not going to get a cost of living increase for 2011, taxes are going up for the vast majority of U.S. families and employers are forcing pay cuts on their workers across the United States.

The government is really between a rock and a hard place on this one. After all, who is so heartless that they actually want to cut off the little financial support that millions of deeply struggling American families are depending on?

But as CNN recently reported, extending the long-term unemployment benefits through next year would cost the federal government $56.4 billion that we simply do not have. The U.S. government is absolutely drowning in red ink and cannot afford to just chuck another 56 billion dollars more debt on to the pile.

At this point even Barack Obama is taking some small steps to get federal spending under control. He has just announced a plan to freeze the pay of federal government workers for the next two years.

So how are federal government workers handling the news that they will not be seeing any raises for the next coupe of years?

Not well. In fact, many of them are absolutely furious. But can you blame them?

How would you feel if your wages were just frozen for two years and yet the price of everything just continues to keep going up?

According to the government, the cost of living is not going up. So now our seniors will just have to stretch those meager checks even more.

As if all that wasn’t bad enough, now a whole slew of tax increases is coming. The U.S. Congress is busy debating which (if any) of the Bush tax cuts that they are going to allow to expire, but the truth is that the Bush tax cuts are only a small part of the story. 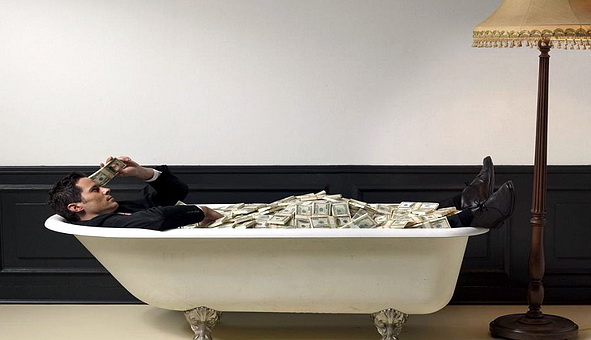 There are so many tax increases scheduled to go into effect in 2011 that it is hard to keep track of them all. In fact, there are many (myself included) that are calling 2011 “the year of the tax increase”.

But it is not just the federal government that is raising taxes. In the past two years, 36 of the 50 U.S. states have jacked up taxes or fees.

In addition, many local governments are so strapped for cash that they are going to absolutely ridiculous lengths to raise cash. For example, from now on if you are caught jaywalking in Los Angeles you will be slapped with a $191 fine.

This kind of thing is happening all over America. Police departments are being turned into revenue raising operations. Police are so busy writing tickets that they barely have any time to investigate actual crimes anymore.

Some areas are declining faster than others, but the truth is that almost all areas of the United States have been seeing incomes go down. In fact, of the 52 largest metro areas in the United States, only the city of San Antonio did not see a decline in median household income during 2009.

Times are getting really tough. Employers all over America are forcing their employees to take pay cuts. Even some of the most prominent unions are agreeing to unprecedented concessions. For example, just check out what The New York Times says is going on over at General Motors….

In its most recent union contract, General Motors is paying new employees $14 an hour, half the rate it pays its long-term workers.

Unfortunately, American families are going to have to try to do more with less during a time when prices are going to be going up. Most economists agree that all of the quantitative easing that the Federal Reserve is doing is going to cause inflation to start increasing significantly at some point. In fact, some of the top Federal Reserve officials have publicly stated that they want to purposely raise the rate of inflation as a way to stimulate the economy.

One of the great things about Americans is our relentless sense of optimism, but it is time for a major reality check. Our economic system is in an advanced state of decay.

Our nation is a sea of red ink from coast to coast, we continue to consume tens of billions more than we produce every single month and we are rapidly being transformed into a post-industrial wasteland.

The economy is not going to be “getting better” in the long-term. Unless fundamental changes are made to our economic system, we are going to continue to speed toward a horrific economic collapse.

The storm clouds are gathering on the horizon and time is running out. It is imperative that we all make the most out of every single day because night is coming soon.
The Economic Collapse

The government offers a 27-million-dollar