Recent developments have put organics at the center of a heated debate.

Picking a can of black beans is likely one of the most mundane grocery store tasks. Unless, of course, the choice is between organic and non-organic beans.

At a Manhattan Whole Foods, the store sells in-house non-organic and organic 15-ounce cans for $.89 and $1.09, respectively. But it also offers several brand-name organic beans that range between $2.19 and $2.39.

The added cost for organic beans seems like a small price to pay for a product that’s supposedly better for you and the planet.

Yet recent developments have called this trade-off into question, and that has once again put organics at the center of an ongoing debate about the American diet. In 2008, consumers spent $23 billion on organic food.

The market, which grew by 16% last year, is seen by many as an alternative to the practices of industrial agriculture; organic food is largely produced without pesticides, synthetic fertilizers, hormones and antibiotics.

And though most organic food producers don’t bill their products as more nutritious than conventionally grown food, the organic label tends to confer increased health benefits.

Yet according to a recent comprehensive review published in the American Journal of Clinical Nutrition, there is no evidence to support the claim that organic food has higher quantities of vitamins and minerals.

In addition to that finding–contested by many organic food advocates–the USDA announced this month that it would audit the National Organic Program, which develops standards and accredits organic certifiers.

The decision came at the behest of industry members who say the integrity of the program had been compromised in recent years with less-than-uniform guidelines.

Fact is standard vegetables have a lower mineral content than organic. They also have pesticides …. 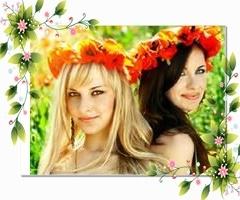