Military company Wagner are already testing the waters in the Baltics.

The propaganda channels of the Kremlin have just released a complimenting movie about these mercenaries.

Which is also applauded by our locals.

The fact that the Wagnerians were inspired by the very same Nazis.

In areas of potential interest, including Latvia, the Kremlin is testing the responsiveness of local aborigines, and Wagner is their tool.

The propaganda movie itself is neither the first nor the last that is used to brainwash the general public. These were made after the events in Ukraine.

After Syria, and now also for Russian exploits in the Central African Republic.

The story is as simple as can be – so that even the densest black guy can clearly see who is the good guy here. Therefore, at the end of the movie, the choir of black people freed from the rebels chants “spasibo, Rossiya” and chants and chants and does not stop.

So, the storyline. A group of “instructors” has arrived from Russia to train the local government’s armed forces to ensure a smooth election.

The bad insurgents do not want that, they want to kill, rob and rape. In addition, a white French man is helping the bad guys to start the coup.

As the situation worsens, the President asks Russia for help. Because the United Nations cannot help, and France is only maliciously watching the woes of Africans. 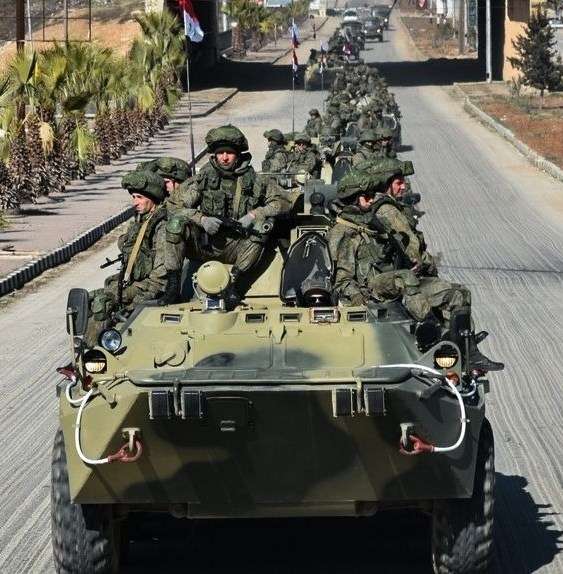 Then, 200 Russian instructors, having finally received permission to officially participate, heroically win all the fights and beat the insurgents. Just like in old Soviet movies, the movement arrows of enemy units are rapidly fading from the map of Central Africa, freeing up space for a sunny future. Spasibo, Rossiya!

The end. Significantly, the movie does not explain who these mystical instructors are – fired good policemen and ex-soldiers, without insignia, but with the Russian flag fluttering in the background from time to time.

But after a little research, Neatkarīgā can explain it to you. The movie is dedicated to the private military group Wagner, in Russian – ЧВК Вагнер.

Why should Latvians worry about the existence of such a private Russian army? Because they are the greenest of all little green men, the best trained and armed.

The ruthless militia elite, which is not bound by the law or any restrictions – there is only the task to achieve. No matter where in the world it is – Georgia, Syria, Ukraine or Central Africa.

And now the Russian propaganda machinery is creating a positive image for them.

“Soldiers of the Gray Zone”, the Wagnerians are called by Mārtiņš Vērdiņš, the creator of the informal military portal “Vara bungas.”

He explains that private military companies are nothing new. They do not exist just in Russia. The United States is also leaving private mercenaries in Afghanistan when leaving it. Formally assigned to guard various objects, but if necessary, it is an instant combat capability.

The same with the Wagnerians – formally it is a security company, which is also registered outside Russia.

Owned by businessman Yevgeny Prigozhin, but it actually fulfills the Kremlin’s orders, and it doesn’t matter how the company is registered legally. The Wagnerians might as well be strawberry pickers assigned to guard the strawberry field.

The important nuance is that formally the Wagner Group does not represent the Russian Federation. If they die, they themselves are to blame. As in Syria, where a hundred Wagner militants were killed in a US airstrike in February 2018 because the Russian armed forces said – we were never there.

And officially they weren’t – and after the airstrike – unofficially too. On the other hand, if the Wagnerians survive, they are invited to the Kremlin and given a medal.

In January 2017, a picture appeared on Russian social networks and media showing President Putin posing with Wagner commander Dmitry Utkin and a few other unidentified men. Everyone had obviously fresh medals pinned to their chests – “Order of Courage” and “Gold Star of Hero of the Russian Federation”.

For what feats the influx of medals were given, can be guessed from the timing., The Wagnerians have been working in Syria since 2015, but from 2014 to 2016 they fought against the Ukrainian army in the Luhansk and Donetsk regions.

Last year, the Wagnerians arrived in the Central African Republic. Russia is trying to jump on a departing train full of mineral resources, including diamonds. But there are already China, the United States and the Western allies standing in front.

No formal grounds to go and free anyone. That is why the soldiers of the gray zone are sent, allowing Russia to wash its hands in innocence.

Could Latvia become a place for recruiting potential new Wagnerians?

“Vara bungas” say – no. The military training of Latvian men is too low for this elite unit to be interested in the locals.

Rather, the poking around the Baltic states is aimed at figuring out the public mood, identifying potential supporters and interested parties who would be ready to take the Russian side in the conflict.

In a conflict that does not meet the criteria of Article 5 of the NATO Treaty – and would not invoke the all-for-one principle.

If the attack is not classic, is not clear, the external source is not obvious – you have to deal with it yourself.

It is significant that in March of this year, the Constitution Protection Bureau issued a public warning to Latvian politicians – not to engage in dubious socio-political activities organized for European politicians.

It was talking about an “expert conference” organized by bodies owned by the same formal owner of Wagner, Yevgeny Prigozhin.

The Foreign Affairs Committee of the Saeima, led by the National Alliance (Nacionālā apvienība), felt ashamed of participating in this event, said that the case should be taken into account as a lesson for the future.

But they soon stepped on another rake in another provocation of Kremlin origin and allied with a fake representative of the Russian opposition, Alexei Navalny.

Military company, who are the domestic anti-fascists

Everything shows that the Foreign Affairs Committee was tricked in both accidents. Similarly, the parliaments of several other countries also fell for the provocations of Russian origin.

However, there are also people and organizations in Latvia who do not consciously avoid dubious contacts. Just like in the movie, they would love to wave flowers and chant “Spasibo, Rossiya”. They call themselves anti-fascists or anti-Nazis and applaud the Kremlin’s policies.

There is virtually no difference. One group of these organizations is the satellites of the Latvian Russian Union (Latvijas Krievu savienība), which are fed on the salary and favor of MEP Tatjana Ždanoka. The political organization Protest sympathizes with the anti-fascist ideas in politics. And there are others who work from different sources of donation and inspiration.

For example, the head of the Association against Nazism, Jānis Kuzins, is the official UEFA and FIFA authorized watchdog against Nazi symbols in football.

Making sure that in the stadiums, if an important game takes place in Latvia, all kinds of neo-Nazis do not bring forbidden symbols.

His association has also petitioned the European Parliament for economic sanctions against those who fund and support Nazi and fascist political organizations.

By the way, the fact that the Wagner group is largely inspired by the Nazis and that its commander, Utkin, is allegedly tattooed with politically incorrect symbols does not bother Kuzins.

You can get inspired from anything, even from the monarchy. The main thing, after all, is good intentions.

Jānis Kuzins gladly shared his thoughts on the movie and the Wagnerians with Neatkarīgā. They engage in hostilities only if the official authorities request such assistance from Russia through diplomatic channels.

And this is exactly the kind of hypothetical scenario the anti-Nazi Kuzins draws in relation to Latvia: “In our case, provocation can be imagined like this.

Imagine if the coup of 1934 by Kārlis Ulmanis happened today.

If radical nationalists, encouraged by Western Europe, came to power. On one side is Ulmanis, on the other – the legal power.

And in such a case, the legal power of Latvia could ask Russia for the help of Wagner. As was the case in Syria or the Central African Republic.”

This is a very dangerous scenario. The political mood in Latvia is diverse, and year after year research shows a significant group of people disloyal to Latvia who, instead of defending their land with weapons in their hands in a hypothetical hour of crisis.

Would try to flee. Where?