A surprise arrest at the Zurich airport, detention at the hands of Swiss authorities, and a high-profile extradition process that could take weeks or months. The irony is that for Roman Polanski, the acclaimed director accused of child rape three decades ago, this latest ordeal could lead to the one thing he’s lacked since: his freedom.

Polanski’s arrest as he arrived Saturday in Switzerland for a film festival honor could potentially spur on his legal team’s recent motion to dismiss charges that have dogged him since he fled the U.S. for France in 1978, a year after pleading guilty to unlawful sexual intercourse with a 13-year-old girl.

But it could also elevate his case into an international ordeal — involving the governments of Switzerland, France, Poland and the United States — and potentially complicate his possible extradition. 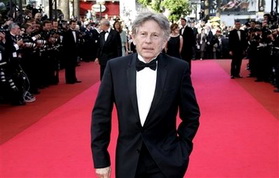 “The big issue is whether it would have been better for him to negotiate a surrender when he had the chance,” Loyola University law professor Laurie Levenson said. “Now it has become an international incident and the district attorney may be under pressure not to negotiate a sweetheart deal. They’ve gone to all this trouble of getting Switzerland involved. It could make it harder on him.”

Nevertheless, some believe the arrest of the 76-year-old Academy Award winner could lead to a resolution that will allow him to once again travel freely.

“I think he will finally get his day in court,” criminal defense attorney Steve Cron said, “and there’s a good chance his case will be dismissed or the sentence will be commuted to time served.”

“The good news for him is he’s been living under a cloud all these years wondering who would swoop in and arrest him,” Cron said. “Now he can get this thing finally worked out.”

Polanski, the director of such classic films as “Chinatown” and “Rosemary’s Baby,” reached a plea deal in 1978, but was threatened with more prison time than previously agreed upon and fled to France before he was formally sentenced.

France has no extradition treaty with the U.S., and while he traveled throughout Europe, he avoided arrest in part because of lax policies on apprehending foreign fugitives. But in recent years, many countries have gradually tightened their efforts to find suspects abroad and extradite them.

It’s also not clear how hard authorities was searching for him. The Swiss Justice Ministry said in a statement that U.S. authorities have sought Polanski’s arrest around the world since 2005, although he has been a fugitive much longer.

“There was a valid arrest request and we knew when he was coming,” Swiss Justice Ministry spokesman Guido Balmer told The Associated Press. He rejected the idea that politics may have played a part in the action.

“This is not the first time we have done this over the years,” said Sandi Gibbons, spokeswoman for the Los Angeles County District Attorney’s office. She said warrants had been sent out whenever rumors circulated that he would be traveling to a country outside France.

In this case, the honor for Polanski’s work proved to be his downfall, Gibbons said.

“It was publicized on the Internet that he was going to be at the Zurich Film Festival,” Gibbons said. “They were selling tickets online.”

Justice Minister Eveline Widmer-Schlumpf said the director will remain in Zurich until the conclusion of the extradition proceedings. The United States now has 60 days to file a formal request for Polanski’s transfer, she said.

A U.S. Justice Department spokeswoman in Washington declined to comment on the case Sunday.

Polanski’s French lawyer, Georges Kiejman, told France-Inter radio that it was “too early to know” if Polanski would be extradited. “For now we are trying to have the arrest warrant lifted in Zurich,” he said.

Polanski’s long-running legal saga gained new momentum late last year with the release of an HBO documentary, “Roman Polanski: Wanted and Desired,” which claimed misconduct by the now-deceased judge who handled 1977 case and reneged on a plea deal. With the new evidence presented in the film, Polanski sent a team of lawyers to court in Los Angeles seeking dismissal of the charges. 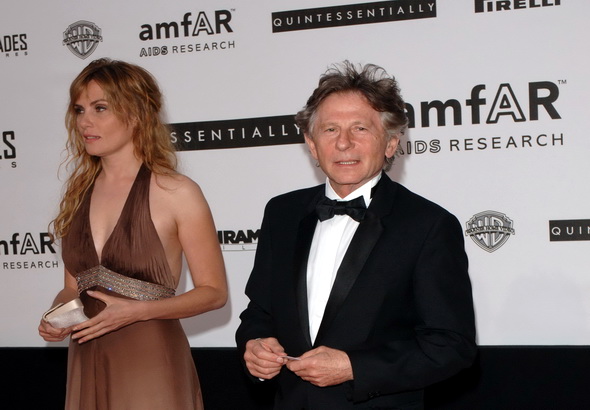 But despite acknowledging “substantial misconduct,” a judge ruled that Polanski would have to appear in person to pursue his motion. Polanski’s lawyers said he decided not to risk arrest on a fugitive warrant, and planned instead never to set foot in the United States.

His victim, Samantha Geimer, who long ago identified herself publicly, sued Polanski and reached an undisclosed settlement. But she has since joined in Polanski’s bid for dismissal, saying she wants the case to be over and at one point offering to come to court in Polanski’s place to argue for dismissal.

Geimer, who lives in the small town of Kilauea on the north shore of Kauai, Hawaii, could not be reached for comment Sunday. A man at Geimer’s house who identified himself as one of her sons said she wasn’t home. He declined further comment.

In Paris, Culture Minister Frederic Mitterrand said that he was in contact with French President Nicolas Sarkozy “who is following the case with great attention and shares the minister’s hope that the situation can be quickly resolved.”

Mitterrand added that he was “dumbfounded” by Polanski’s arrest, adding that he “strongly regrets that a new ordeal is being inflicted on someone who has already experienced so many of them.”

Those comments referred, in part, to the fact that Polanski, a native of France who was taken to Poland by his parents, escaped Krakow’s Jewish ghetto as a child during World War II and lived off the charity of strangers. His mother died at the Nazis’ Auschwitz death camp.

Polanski worked his way into filmmaking in Poland, gaining an Oscar nomination for best foreign-language film in 1964 for his “Knife in the Water.” Offered entry to Hollywood, he directed the classic “Rosemary’s Baby” in 1968.

His life was shattered again in 1969 when his wife, actress Sharon Tate, and four other people were gruesomely murdered in Los Angeles by followers of cult figure Charles Manson. Tate was eight months pregnant at the time.

Eight years later, the Polanski rape case was a sensation when it broke: He was arrested for having sex with the girl, whom he had hired as a model for a photo shoot at Jack Nicholson’s house while the actor was away. He was accused of giving her part of a Quaalude pill and champagne, taking her into a hot tub and having sex with her.

Polanski was initially indicted on six felony counts and faced up to life in prison. Instead, he pleaded guilty to one count of unlawful sexual intercourse with a minor and the other counts were dismissed.

The maximum sentence he could have faced was 50 years, although prosecutors had said at the time that the typical sentence was 16 months to three years in prison.