A unique object — port business in the port of Riga — has been listed for sale. In includes a jetty, an administrative building, workshops, a warehouse and other constructions. Those interested in purchasing this object can contact the law office INLAT PLUS.

The property consists of a three-storey administrative building of a stone/concrete structure dated 1975, it is blocked by a 1-2 storey workshop, a warehouse and a domestic building; 1-storey stone garage is blocked by a warehouse and 3 sheds made of metalware. The majority of the territory is covered with concrete and asphalt surfacing. The territory is separated from the neighboring plot of land by a concrete panel. There is an automatic rising barrier. There is electric power supply, sewerage, telephone network. Water supply is local (artesian well), heating is local (liquid fuel). The territory is guarded.

1. An administrative building with a part of mechanic warehouses

In 1997-2002 a basic repair of the building was performed: all engineering services and sanitary technical equipment have been replaced, as well as the roof (including winterization of coverings), a frontage repair has been performed, a self-contained heating has been installed, double-glazed windows have been set, and premises on the 1st and 3rd floor have been fully repaired. At the moment of evaluation premises on the 2nd floor have not been repaired.

Technical condition of the main constructive elements is good. It is necessary to perform a repair of the premises on the 2nd floor.

2. A Part of Workshops

A 1-2 storey building containing workshops and warehouse premises was built in 1975. In 2000 a partial repair was performed.

A 1-storey building containing the garage and workshops was built in 1975. Technical condition of the main constructive elements is satisfactory.

A 1-storey building with a metal frame was built in 1975.

At the moment the property is being used as warehouse premises and workshops, as well as management premises. Platforms and the jetty are used for unloading and further loading of timber to vessels.

The object is situated in the northern part of Riga in the area of industrial development. Distance from the centre is 9 km. The nearest railway station is at a distance of approximately 1 km.

From the commercial point of view the location of the property is considered advantageous.

Please contact the law office INLAT PLUS regarding the purchase of the object: 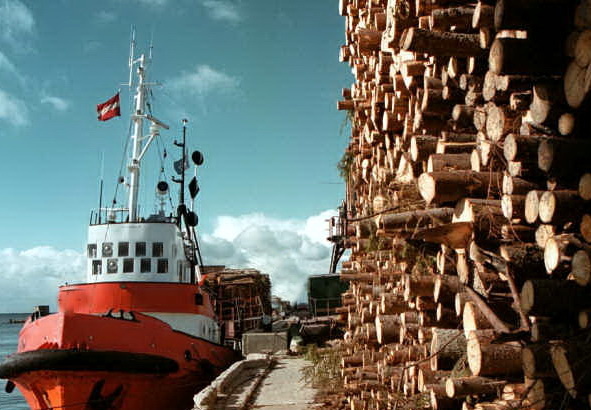