U.S. Secretary of State Hillary Clinton and her Russian counterpart Sergei Lavrov had a dinner in Geneva and then parted in a good mood.
This was the first step in the serious preparations for the first meeting between President Dmitry Medvedev and his U.S. counterpart, Barack Obama, which will take place during the G20 summit in London on April 2.
If every issue in Russian-U.S. relations were reduced to funny linguistic gaffes like “peregruzka” (overload) and “perezagruzka” (reset) on a souvenir button that Ms. Clinton presented to Mr. Lavrov, foreign ministers would have too easy of a job. There is the temptation to get consumed by euphoria because after the previous administration every meeting with the new secretary of state almost seems like a meeting between soul mates.
However, a closer analysis of the U.S. media’s response to the Geneva meeting in the last two or three days shows that it is the legacy of the old administration that is pushing the new one to “reset.” It is Washington rather than Moscow that needs to change.
Under Bush-Cheney-Rice, Washington almost forgot Latin America; it was a permanent irritant for Europe; the situation in Afghanistan was going from bad to worse with every passing month; policy in Iran produced a null result; no headway was made in relations with North Korea; and an economic crisis broke out on top of all that.
Washington was unnaturally arrogant toward Moscow. It neither kept its promises, nor changed them beyond recognition and presented them as its concessions to Moscow. The puppet orange and other color regimes, set up with direct U.S. participation, brought their countries on the verge of almost complete economic collapse. And yet, Washington continued to support these “democratic” regimes, as if nothing happened.
The situation in Afghanistan is extremely bad for Washington. In a recent interview with The New York Times, Mr. Obama admitted that the United States is losing the war there. Normalization of relations with Russia could become one of many steps that could aid the situation. First, it is possible to transport cargoes to Afghanistan via Russian territory. For the time being, only civilian cargoes are being sent through Russia. Second, Moscow could help start talks with the Taliban.
Experts have been talking about such talks for a long time, but the old administration did not even want to hear about them. Before talks with the Taliban, it would make sense to directly contact Iran, without which a settlement in Afghanistan is unlikely.
Ms. Clinton made an unprecedented step by inviting Tehran to take part in a regional conference in Afghanistan later this month. Russia could help America there as well.
Resetting relations would be a timely measure. Mr. Lavrov is a much more experienced diplomat than Condoleezza Rice or her successor Ms. Clinton. His reputation in the world is very high. He is considered to be one of Russia’s best foreign ministers and one of the world’s outstanding diplomats. After the meeting with Ms. Clinton, Mr. Lavrov said, in a rather diplomatic manner, that Russia welcomes the U.S. intention to “reset” relations but now would like to see what America means by this. 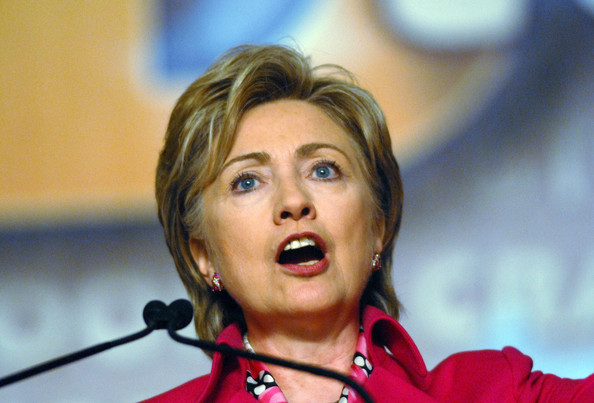